Home Archives Contact Us Subscribe Twitter Facebook Patently Mobile
While Apple's CEO's Full Interview on Fox will Air this Sunday, Clips of the interview don't provide Clarity on the Parler Suspension
Apple Releases 'For All Mankind' Trailer for Season 2 and 'Shot on iPhone Student Films – Behind the Scenes' Video

With PC Sales on Fire in Q4, Apple plans to keep the Momentum Humming with newly redesigned MacBooks and iMacs on the way 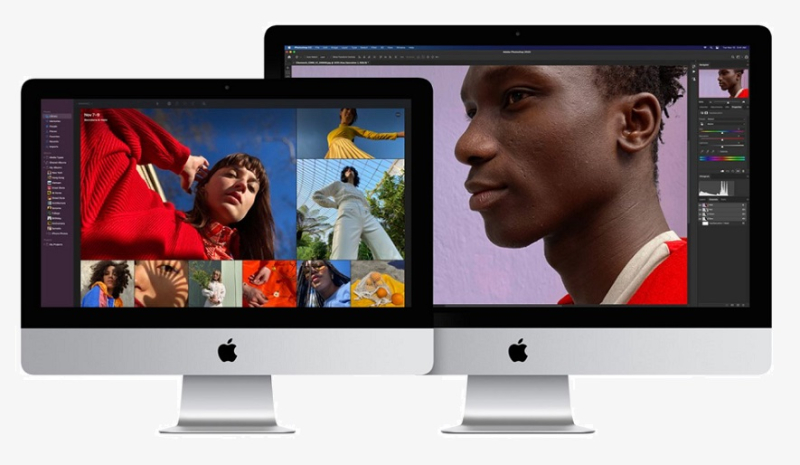 Due to COVID-19, PC sales have been strong all year and on fire in Q4 according to the latest IDC report. Apple experienced the highest growth of any PC vendor in Q4 and Apple is going to feed the market's thirst for powerful PC's later this year with a redesigned MacBook Pro around June and a newly redesigned iMac, in fact their first redesign since 2012, according to a new Bloomberg report.

Bloomberg's Mark Gurman writes that "The new models will slim down the thick black borders around the screen and do away with the sizable metal chin area in favor of a design similar to Apple’s Pro Display XDR monitor.

These iMacs will also have a flat back, moving away from the curved rear of the current iMac. Apple is planning to launch two versions to replace the existing 21.5-inch and 27-inch models later this year."

The report failed to provide any information on any possible display size changes? Will Apple deliver 25", 27" and 32" displays for the iMac? A 27" display is no longer considered a premium size display for a desktop. It's hard to believe that Apple would keep the 27" display as it's top model. Then again, perhaps a 32" display will be reserved for the next-gen iMac Pro.

Bloomberg further noted that "The upcoming products are part of Apple’s radical overhaul of its personal computer lineup. The new models will use next-generation versions of Apple’s Mac processors like the upcoming 2021 MacBook Pros. The iMac redesign will be one of the biggest visual updates to any Apple product this year, according to people familiar with the company’s roadmap.

The excitement over Macs powered by the new M1 shocked the industry back in November and more importantly rocked Intel. Yesterday the incoming CEO Pat Gelsinger spoke with employees about Intel's future and stated: "We have to deliver better products to the PC ecosystem than any possible thing that a lifestyle company in Cupertino” makes. Yes, "We have to be that good, in the future," Gelsinger added.

Imagine the ripple effect Apple's M1 has had on Intel directly that would even motivate Gelsinger to make that point in his first address to Intel employees. Apple's SVP of Hardware Technologies Johny Srouji and team must have enjoyed such a compliment from Gelsinger who is a well respected industry figure and fellow engineer.