With Employees of Google announcing the creation of a new Union today, will Unions expand to other Major Tech Companies like Apple? 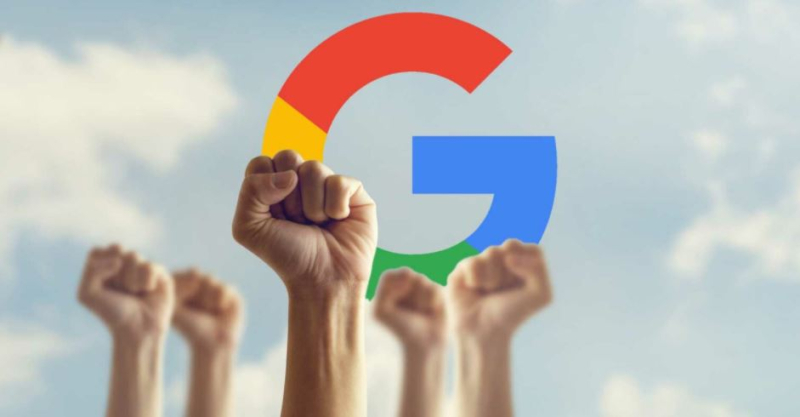 Last month Google's alleged Union busting efforts was reported to be under Federal Investigation. A Vanity Fair article in Mid December 2020 stated that Google's apparent resistance to its employees' unionization efforts came under scrutiny in November, as the tech giant generated headlines for firing four employees who were active in the burgeoning organizing movement. While Google insisted that the terminations were instead because the employees were "searching for, accessing, and distributing business information outside the scope of their jobs," employees have contended the firings were an act of retaliation. The federal investigation, which is expected to take three months, comes as Google has seemingly started taking steps toward quashing its employees' organizing efforts.

It's being reported today that employees of Google and parent company Alphabet Inc. announced the creation of a union, escalating years of confrontation between workers and management of the internet giant.

The Alphabet Workers Union said it will be open to all employees and contractors, regardless of their role or classification. It will collect dues, pay organizing staff and have an elected board of directors.

The unionizing effort, a rare campaign within a major U.S. internet company, is supported by the Communications Workers of America as part of a recent tech-focused initiative known as CODE-CWA. Googlers who join the Alphabet Workers Union will also be members of CWA Local 1400.

“We will hire skilled organizers to ensure all workers at Google know they can work with us if they actually want to see their company reflect their values,” Dylan Baker, software engineer at Google, said in a statement.

A successful Alphabet union could limit executives’ authority, while inspiring similar efforts across Silicon Valley, which has mostly avoided unionization so far. The group said it plans to take on issues including compensation, employee classification and the kinds of work Google engages in.

Google has clashed with some employees in recent years over contracts with the military, the different treatment of contract workers and a rich exit package for an executive ousted for alleged sexual harassment.

CWA has been supporting Google activists since at least 2019, when the union filed a complaint with the National Labor Relations Board alleging workers were fired for taking collective action. In December, the agency’s general counsel took up some of those allegations, accusing Google of illegally firing, interrogating and surveilling activist employees. Google has denied wrongdoing, saying it supports workers’ rights and that the employees in question were punished for “serious violation of our policies and an unacceptable breach of a trusted responsibility.” For more on this read the full Bloomberg report.

A successful Google Union could just be the beginning in Silicon Valley. It's very possible that we may see such unions expand to Facebook, Twitter and even Apple. Stay tuned. The old saying of "Never say Never" applies to future unions creeping into other major tech companies.

In the past, there  have been efforts to unionize Apple Store employees. Back in 2011 Cory Moll, a part-time employee at an Apple store in San Francisco, was working to form a union to fight for better wages and benefits and to address what he says are unfair practices in the company's glass-and-steel retail showrooms. Moll left the company in 2013.

Another report in 2011 titled "Apple Prepares to Crush Apple Store Unions" by Gawker, stated that Apple Store managers would have to undergo euphemistically-titled "union awareness" training, to learn about attempts by employees to unionize. It's safe to say Apple doesn't want unions getting in the way of their creepily efficient customer service.

In 2016 Apple shuttle drivers agreed to unionize. It was reported by USA Today that unionized service workers at Apple reached an agreement to receive basic perks like pension contributions and holiday time.

The Apple drivers were represented by Teamsters Local 853 in San Leandro, Calif., a union representing more than 11,000 workers in Northern California.

Once again, with a successful Google Union, it's very possible that the unions will work hard toward unionizing other major tech companies and Apple will certainly be a huge target.