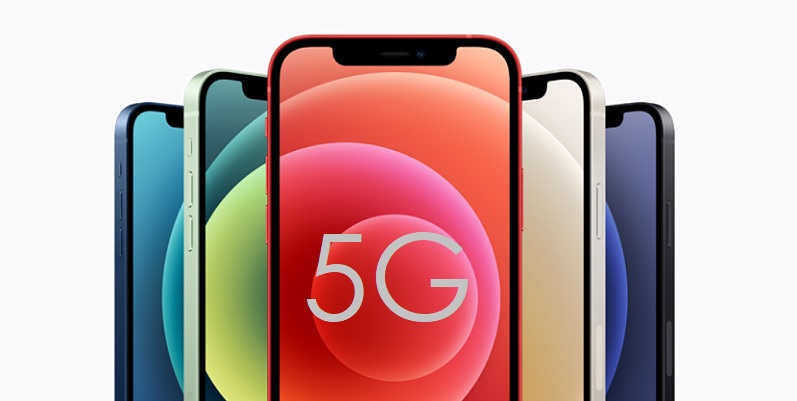 China’s overall smartphone sales declined 17% YoY in 2020, the sharpest decline in the last three years. Apple was the only company to buck the trend with a phenomenal Q4 performance with 5G iPhones being a runaway smash hit.

During Apple's Conference Call this week, Apple's CEO made comment on China this way: We "also had a record number of upgraders during the quarter, the most we've ever seen in a quarter. I think probably some portion of this was that people probably delayed purchasing in the previous quarter, as rumors started appearing about an iPhone. Keep in mind that 5G in China, the network is well established, and that the overwhelming majority of phones being sold are 5G phones. And so I think there was some level of anticipation for us delivering an iPhone with 5G." That was an understatement in light of Apple's growth in China in Q4.

Commenting on the market dynamics, Counterpoint's Research Analyst Mengmeng Zhang said: "Though China recovered quickly from COVID-19, the overall demand for smartphones in the market remained weak and below the pre-pandemic levels. A weakened economy and longer smartphone replacement cycles all contributed to the lackluster demand.

Yet with that said, Apple was the lone company to buck the trend. Counterpoint noted in their report that "Among major OEMs, Apple was the only one to enjoy a positive YoY growth in 2020. Apple’s strong growth was due to the debut of iPhone 12 series, which comes with 5G connectivity and models across a wider price range.

In addition, thanks to heavy price cuts and promotions, the iPhone 11 series continued to do well even after the launch of iPhone 12s. The iPhone 11 was the best-selling model on JD.com during the e-commerce festival sales. The impressive growth of both iPhone 12 and iPhone 11 series helped push Apple’s market share in China to 16% in Q4 2020.

In the first chart below covering Q4 2020, Apple's Quarter-over-Quarter Growth was 100%. In the second chart presented below, Apple was the only company to show growth for 2020 at +5% while Oppo experienced the largest decline for 2020 at -26%. 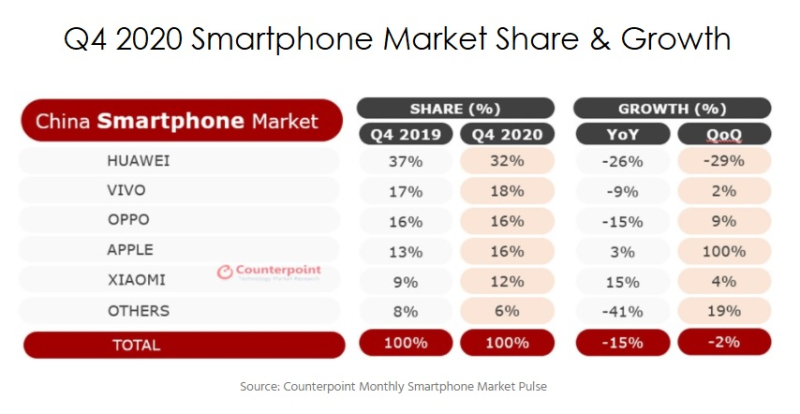 For commentary on China's other OEMs such as Huawei, Xiaomi, Oppo and Vivo, read the full Counterpoint report.