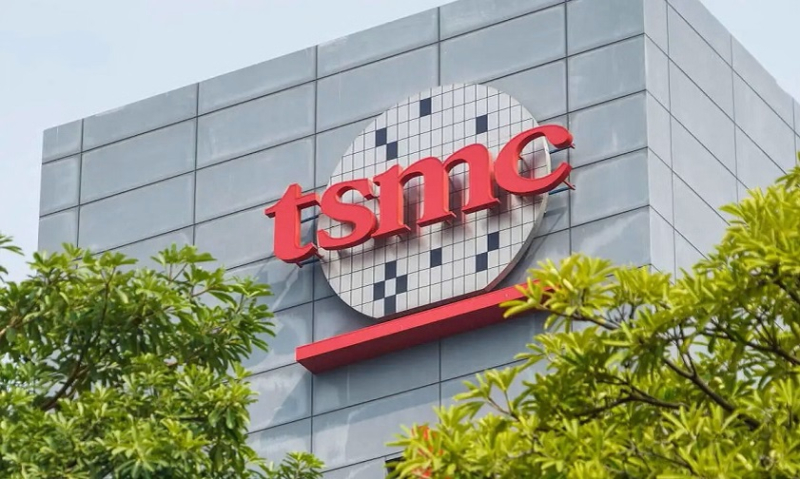 On Monday Patently Apple posted a report titled "Apple's Chip Partner TSMC to report their Financials on Thursday and Analysts are expecting a strong Quarter due to iPhone 12+." On cue, TSMC held their financial conference earlier today and released a press release that supported the forecast issued in our Monday report that consolidated revenue of 361.532 billion yuan, an annual increase of 14%. In US dollars, fourth quarter revenue was $12.68 billion, which increased 22.0% year-over-year and increased 4.4% from the previous quarter. 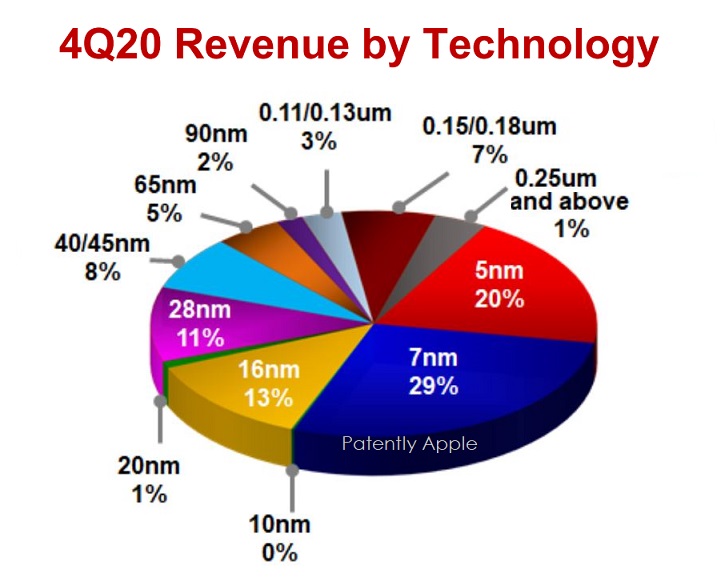 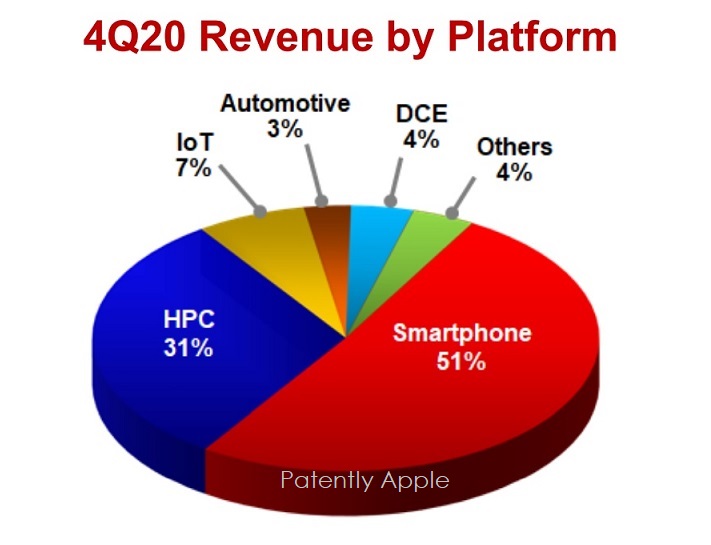 Wendell Huang, VP and Chief Financial Officer of TSMC: "Our fourth quarter business was supported by strong demand for our industry-leading 5-nanometer technology, driven by 5G smartphone launches and HPC-related applications. Moving into first quarter 2021, we expect our business to be supported by HPC-related demand, recovery in the automotive segment, and a milder smartphone seasonality than in recent years." 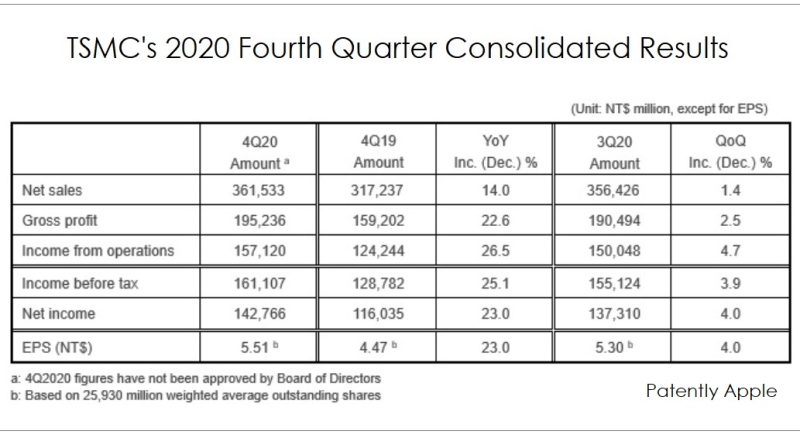 Bloomberg, covering the conference call, noted that Taiwan Semiconductor Manufacturing Co. expects to spend as much as $28 billion this year to expand its technological lead and construct a plant in Arizona to serve key American customers.

Capital spending for 2021 is targeted at $25 billion to $28 billion, compared with $17.2 billion the previous year, Chief Financial Officer Wendell Huang said on a conference call. About 80% of the outlay will be devoted to advanced processor technologies -- namely 3nm, 5nm and 7nm -- suggesting TSMC anticipates a surge in business for cutting-edge chipmaking. Intel Corp., which on Wednesday announced a new CEO, is said to be contemplating a departure from tradition and outsourcing manufacture to the likes of TSMC.

The sheer scale of TSMC’s envisioned budget -- more than half its projected revenue for the year -- underscores TSMC’s determination to maintain its dominance and serve its biggest American clients. Shares of the world’s largest contract chipmaker have surged more than 70% since the start of 2020, with investors betting that the likes of Apple Inc. will continue to lean on its widening technological lead over Samsung Electronics Co. The company has become a lynchpin in a plethora of sectors including consumer electronics and automaking, with its chips powering everything from iPhones to fridges and cars.

Sales in the December quarter climbed 14% to a record NT$361.5 billion, according to previously disclosed monthly numbers, helped in part by robust demand for Apple’s new 5G iPhones. For more on the conference call and Bloomberg Industry's commentary click here.