Late yesterday the 'CBS This Morning' host promised that a big announcement by Apple's CEO Tim Cook would be made, but it wasn't a product. Today, Apple announced a set of major new projects as part of its $100 million Racial Equity and Justice Initiative (REJI) to help dismantle systemic barriers to opportunity and combat injustices faced by communities of color.

These forward-looking and comprehensive efforts include the Propel Center, a first-of-its-kind global innovation and learning hub for Historically Black Colleges and Universities (HBCUs); an Apple Developer Academy to support coding and tech education for students in Detroit; and venture capital funding for Black and Brown entrepreneurs.

Together, Apple’s REJI commitments aim to expand opportunities for communities of color across the country and to help build the next generation of diverse leaders.

“We are all accountable to the urgent work of building a more just, more equitable world — and these new projects send a clear signal of Apple’s enduring commitment,” said Tim Cook, Apple’s CEO. “We’re launching REJI’s latest initiatives with partners across a broad range of industries and backgrounds — from students to teachers, developers to entrepreneurs, and community organizers to justice advocates — working together to empower communities that have borne the brunt of racism and discrimination for far too long. We are honored to help bring this vision to bear, and to match our words and actions to the values of equity and inclusion we have always prized at Apple.” 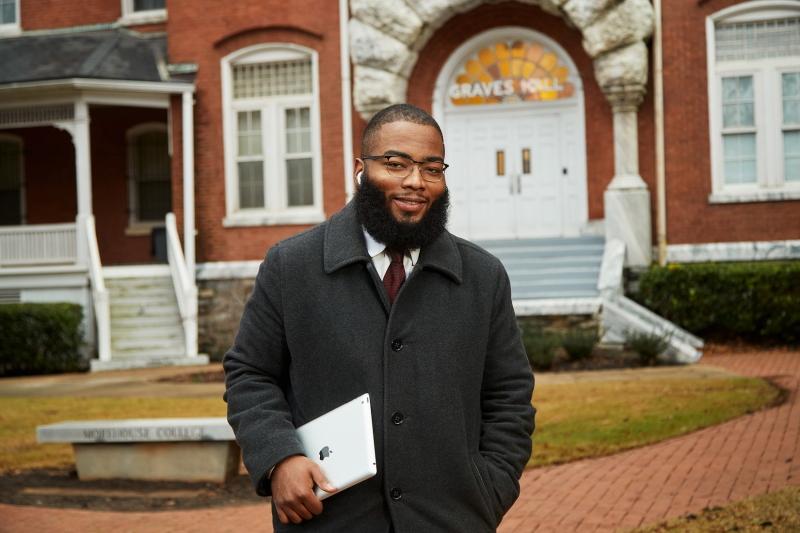 Jared Bailey, a senior at Morehouse College, has integrated Apple’s coding and creativity curricula into his public health and community service work as part of the school’s partnership with Apple, a collaboration that is expanding further with the launch of the Propel Center.

Last June, Apple announced REJI in the wake of protests around the world following the killings of Breonna Taylor, George Floyd, and countless others. The initiative builds on Apple’s work to advance racial equity in education, the economy, and the criminal justice system, and is led by Apple’s vice president of Environment, Policy and Social Initiatives, Lisa Jackson. REJI complements Apple’s internal efforts to improve diversity and inclusion at every level of the company.

“Every individual deserves equal access to opportunity regardless of skin color or zip code,” said Jackson. “For too long, communities of color have faced gross injustices and institutional barriers to their pursuit of the American dream, and we are proud to lend our voices and resources to build new engines of opportunity that empower, inspire, and create meaningful change.”

Apple’s Support for HBCUs Expands with the Propel Center

Apple is working with Southern Company and a range of community stakeholders to support the launch of the Propel Center, a first-of-its-kind innovation and learning hub for the HBCU community. Apple’s $25 million contribution will enable the Propel Center to support HBCU students and faculty through a robust virtual platform, a physical campus in the historic Atlanta University Center, as well as on-campus activations at partner institutions. 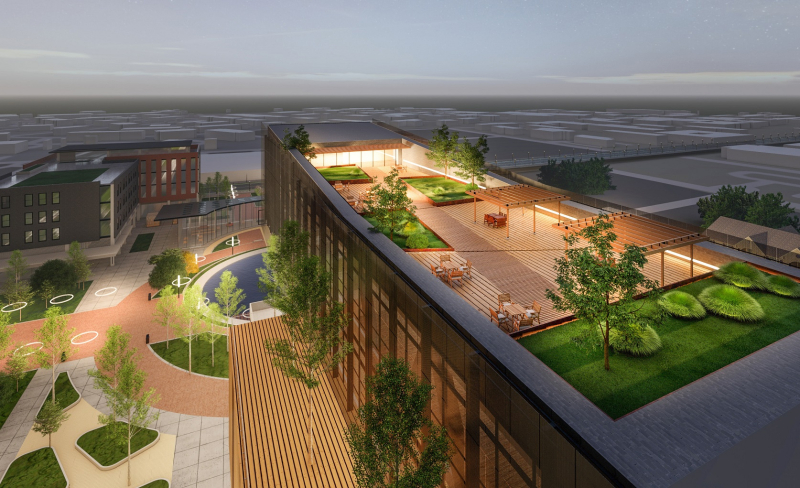 The Propel Center campus (rendering above) — equipped with state-of-the-art lecture halls, learning labs, and on-site living for a scholars-in-residence program — will be located in the historic Atlanta University Center district.

The Propel Center was imagined and designed by Ed Farm, a groundbreaking organization that works to promote innovation and educational equity. The initiative builds upon Apple’s partnership with Ed Farm and the company’s work with three dozen HBCUs, bringing coding, creativity, and career opportunities to campuses and communities across the US.

“We’re thrilled to be partnering with Apple on this extraordinary project,” said Anthony Oni, Ed Farm’s founder and chairman of the board, and a vice president at Southern Company. “The Propel Center will help cultivate leadership and drive innovation in tech and beyond, acting as a springboard for change in communities across America.”

Apple’s First US Developer Academy to Open in Downtown Detroit

Later this year, Apple will open an Apple Developer Academy in Detroit — the first of its kind in the US. Detroit has a vibrant Black entrepreneur and developer community, with over 50,000 Black-owned businesses, according to US Census data. The academy is designed to empower young Black entrepreneurs, creators, and coders, helping them cultivate the skills necessary for jobs in the rapidly growing iOS app economy. Launched in collaboration with Michigan State University, Apple Developer Academy courses will be open to all learners across Detroit, regardless of their academic background or whether they have any previous coding experience.

The Apple Developer Academy will offer two programs in Detroit. A 30-day introductory program is designed for learners who are considering app economy careers and looking to better understand what it means to be a developer. The full academy program is an intensive 10- to 12-month program that will help aspiring developers build the skills needed to participate in the iOS app economy, and even start their own businesses. Apple expects the academy’s programming to reach close to 1,000 students each year with a curriculum that covers coding, design, marketing, and professional skills.

And next month, Apple will host the inaugural cohort of its Entrepreneur Camp for Black Founders and Developers for a virtual experience, offering one-on-one code-level guidance from Apple experts and engineers, as well as mentorship, inspiration, and insights from top Apple leaders.

To address systemic barriers to access and funding faced by Black and Brown entrepreneurs, Apple is today announcing two new investments in the venture capital and banking spaces, with both projects designed to provide capital to minority-owned businesses. The company will invest $10 million with Harlem Capital — an early-stage venture capital firm based in New York — to support its investments in 1,000 companies with diverse founders over the next 20 years. In addition to providing capital to entrepreneurs of color, Harlem Capital will also lend its expertise to Apple’s broader efforts to advance access to economic opportunity. The firm will offer guidance and mentorship to students at the Detroit Developer Academy and participants in Apple’s Entrepreneur Camp for Black Founders and Developers. Apple will also support Harlem Capital’s internship program, focused on opening doors for aspiring women and minority investors.

The company will also invest $25 million in Siebert Williams Shank’s Clear Vision Impact Fund, which provides capital to small and medium-size businesses, with an emphasis on minority-owned companies. The fund looks to support businesses that operate in or serve underserved markets, and that foster inclusive growth initiatives.

As part of its REJI work, Apple continues to build on its contributions toward community colleges, nonprofit advocates, and local organizations working to empower and expand opportunity for the next generation.

Apple is making a contribution to The King Center, a living memorial to the legacy of Dr. Martin Luther King Jr. to share his teachings and inspire new generations to carry forward his unfinished work. Next week, Dr. King’s daughter and the CEO of The King Center, Dr. Bernice A. King, will issue a call to action encouraging young people to give back to their communities as part of Apple’s “Challenge for Change” series — a set of conversation guides and learning-based challenges on issues related to race and inequality.

Apple’s contribution to The King Center joins the company’s previous donations to nonprofit organizations that advance equity and justice, including the Birmingham Civil Rights Institute and the Equal Justice Initiative in Montgomery, Alabama.