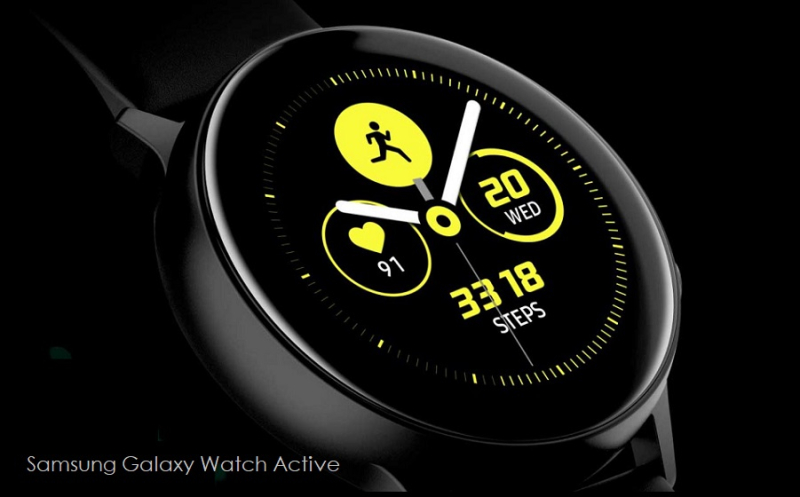 On January 6th Patently Apple posted a report titled "In an effort to get ahead of Apple Watch Health Features, Samsung has patented a Wearable Blood Sugar monitoring device." Today, a tech report from Korea claims that Samsung Electronics appears to be preparing to introduce a new technology with its next-gen Galaxy Watch Active that will be able to monitor a user's blood glucose level.

ETNews reports that "The technology utilizes an optical sensor and detects blood glucose level without having to draw blood and it is expected to make a great contribution in assisting those with diabetes and normal people with managing their health."

This would mark a technical advancement over the complicated device that their patent covered earlier this month that still required the use of needles in contact with the user's skin.

We had pointed out in our January 6th patent report that "Samsung could have an uphill battle making their device appealing to consumers dealing with diabetes that despise having to use needles on a daily basis.

A more innovative way to monitor blood sugar is being worked on by Google and Norvatis using a specialized contact lens with sensors that continually monitors tears for blood sugar levels. Google is the inventor of the concept.  This is a far more practical device that probably could be designed to interwork with Android, iOS and future Windows devices."

Today's rumor report further noted that Samsung's "technology will free diabetic patients from having to prick the tip of their fingers which can take place up to ten times a day. Based on data accumulated within Samsung Electronics’ new Galaxy Watch, they are able to adjust their daily habits or meals more systematically.

In the past, Samsung Electronics published its research on noninvasive blood glucose level measurement technology based on Raman spectroscopy, which was done along with a research team from MIT, on an international scientific journal called "Science Advances."

Raman spectroscopy is a spectroscopic technique that uses wavelength that is caused by vibrations of molecules of a material when laser light is scattered after it hits the particular material. Samsung Electronics and the research team from MIT have been able to raise the accuracy of noninvasive signal measurement to the highest level using Raman spectroscopy.

It is also reported that Apple is planning to apply the same feature to the "Apple Watch 7" that is expected to be introduced this year. The company has already secured relevant patented technologies and is currently testing the feature’s reliability and stability before the commercialization.

A Japanese startup called Quantum Operation had drawn the attention during CES 2021 by introducing a smart watch prototype that is able to measure blood glucose level in just 20 seconds through a small optical spectrometer. For more, read the full ETNews report.

In 2017 Patently Apple posted a report titled "Secret Apple Team Closing in on Diabetes Testing Breakthrough using an Apple Watch." A year later we posted a report titled "One of the patents that the 'Secret Apple Team' was working on for Diabetes Testing for Apple Watch Surfaces." Apple had been sued by Omni MedSci over the use of near-infrared lasers for non-invasive monitoring of glucose. Whether that lawsuit slowed down Apple's work on this project is unknown at this time.

For now, the possible blood glucose measuring system for the next-gen Galaxy Watch is just a rumor from a pro Korean tech site. Only time will tell whether Apple or Samsung will bring this feature to market first, and more importantly, deliver accurate measuring  that those with Type-2 diabetes can actually rely on.