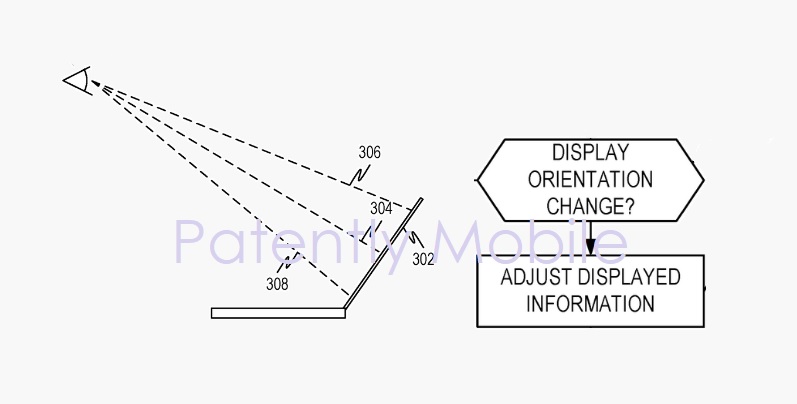 In the first week of January a European patent filing from Microsoft was published covering automatic display adjusting based on viewing angles. Microsoft's patent covers mechanism for automatically correcting perspective of displayed information based on the orientation of the display device. It's an interesting idea because the content on the screen could be also be altered to provide users the best viewing angles if you're on a tight seated airplane or use a notebook attachment on a wheelchair. Whether this is idea that Apple would consider in the future is unknown at this time. 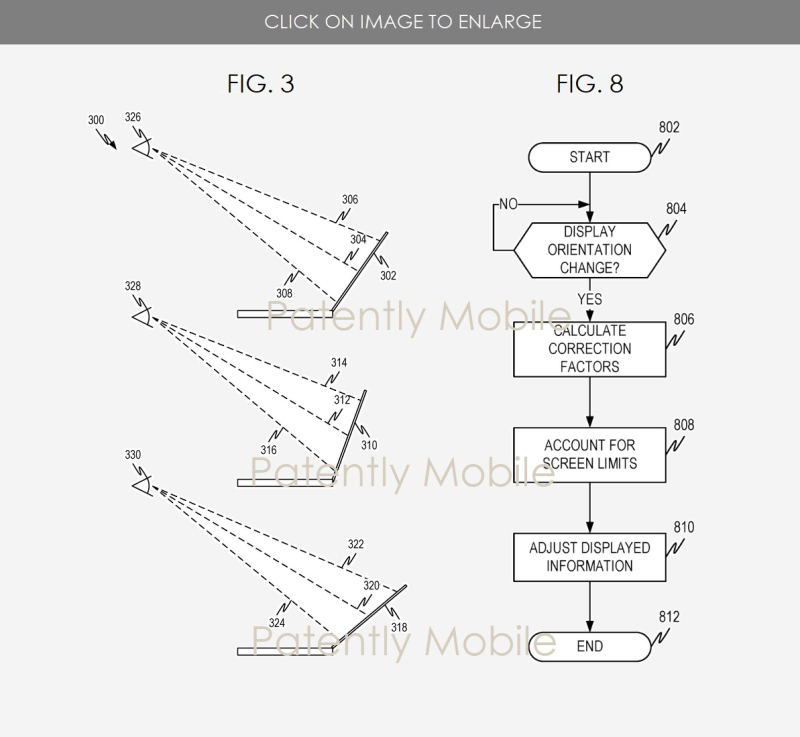 Although the portability in computing devices have let users take powerful computational capability with them and work in virtually any location, the portability in computing devices have also created issues for users to deal with. For example, many environments do not have comfortable space to work in. Anyone who has tried to utilize a laptop while flying coach class on an airplane has encountered an environment where the laptop screen can neither be placed at a comfortable viewing distance nor at a comfortable viewing angle. Such viewing angles cause skewed perspectives when viewing information on the display of the device.

Similarly, where orientation is dictated by other factors, such as attachment to a wheelchair or other mobility device in a location where the display can't easily be reached.

Microsoft filed their international patent in late December and published on January 07, 2021. To review the full patent click here.