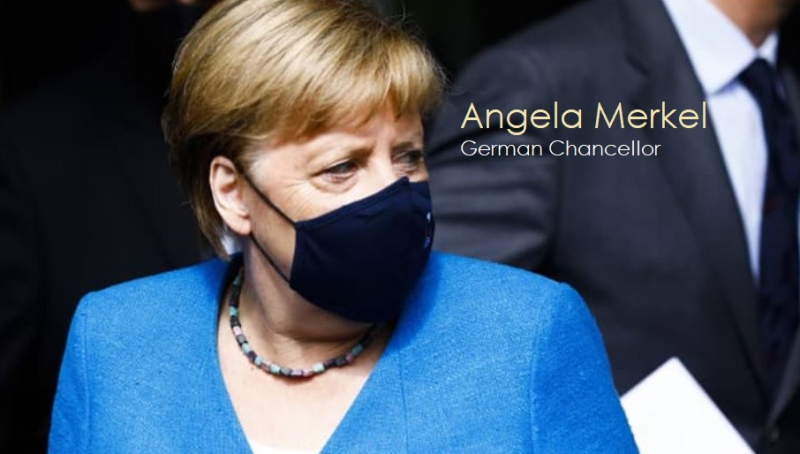 German Chancellor Angela Merkel has weighed in heavily against the decision to ban U.S. President Trump's account by blasting Twitter. Merkel’s chief spokesman, Steffen Seibert, told reporters in Berlin on Monday that "The right to freedom of opinion is of fundamental importance. Given that, the chancellor considers it problematic that the president’s accounts have been permanently suspended."

Seibert added that while Twitter was right to flag Trump’s inaccurate tweets about the 2020 U.S. election, banning his account altogether was a step too far. He added that governments, not private companies, should decide on any limitations to freedom of speech.

Merkel is often described as the de facto leader of the European Union. Her apparent alignment with the president against the decision by Twitter to remove him came as a surprise.

Yet Merkel isn't alone in Europe waving a warning flag against tech companies like Twitter, Facebook, Amazon and Apple. The U.K. Health Secretary Matt Hancock and EU Commissioner for Internal Market Thierry Breton who is already angry with Apple, said it raises key questions about the power of tech companies and the need for regulation.

Breton said in a Politico opinion piece that "The fact that a CEO can pull the plug on POTUS’s loudspeaker without any checks and balances is perplexing. It is not only confirmation of the power of these platforms, but it also displays deep weaknesses in the way our society is organized in the digital space."

On Sunday Patently Apple posted a report titled "Apple & Social Media's Acts to Suppress Free Speech have been condemned by the ALCU, Putin's Opposition and more." In the report we stated: "If the EU Commission ever needed a clear-cut case of American Tech companies wielding too much power, this is it. The EU Commission already has the Apple App Store in its crosshairs for being a gatekeeper and the act of censorship could be what they need to justify the App Store being separated from Apple.

As noted, the EU Commissioner for Internal Market Thierry Breton, who is already angry with Apple along with France's Digital Minister Cedric O for not cooperating with their country's "StopCovid" app, said recent events raised key questions about the power of tech companies and the need for regulation.

While U.S. tech companies have a short term gain in popularity for shutting out conservative voices from the American landscape, there will likely be a high price to be paid for their actions in Europe, if not the U.S. over time.

How much of the rhetoric from Mr. Breton is simply political puffery for the press or insight as to what may take place later this year against U.S. tech companies is unknown at time.