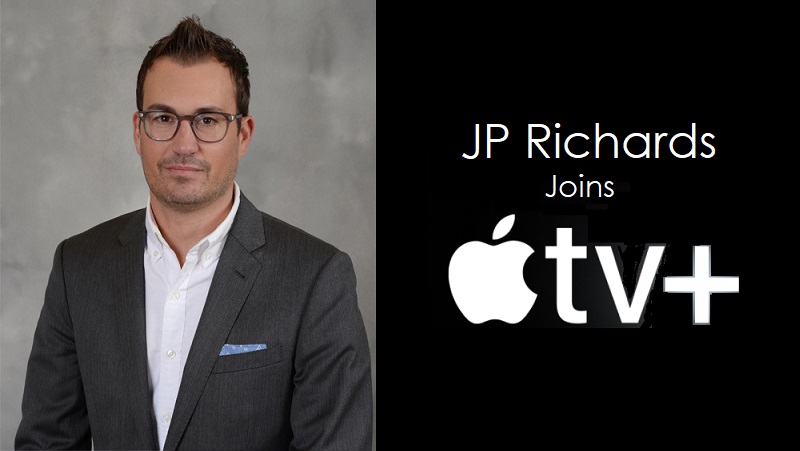 JP Richards has been appointed head of film marketing strategy at Apple TV+. He will report to video marketing chief Chris Van Amburg. Richards will start the job next month, when his exit from Warner Bros is official. Last November, he left his position as Co-President of Worldwide Marketing at Warner Bros, one of several well regarded marketing executives who exited in the WarnerMedia restructure.

Richards will help spearhead the growing ambitions of Apple’s original film slates. Richards spent six years at Warner Bros, starting as EVP of WW Digital Marketing, and then elevated to EVP of WW Marketing and Chief Digital Strategist. He was appointed to the Co-Head post in 2019. He came to Warner Bros after 12 years at Universal, and held the title SVP of Digital Marketing when he left.

While there, he oversaw campaigns for Wonder Woman, Aquaman, Joker, A Star is Born, IT Chapter 1 and 2, They Shall Not Grow Old, The Lego Movies, The Conjuring Series, Creed and Creed 2.

In his dozen years at Universal, he hatched digital campaigns for The Bourne Identity, Fast & Furious and Despicable Me franchises, among other films. For more on this, read the full exclusive Deadline report.