Home Archives Contact Us Subscribe Twitter MeWe Facebook Patently Mobile
With Employees of Google announcing the creation of a new Union today, will Unions expand to other Major Tech Companies like Apple?
Sony has Reportedly signed a 3-Year Deal with Apple for next-gen 'Direct Time-of-Flight' LiDAR scanners for iPhone 13 & beyond 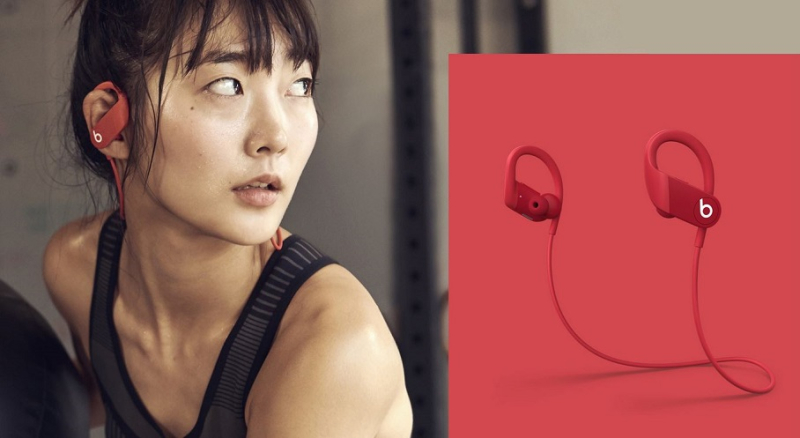 In March 2020 Patently Apple posted a report titled "Apple has been granted 9 Design Patents Covering Powerbeats Pro Earphones and Charging Case." Apple was granted another two design patents for Beats headphones in December here and here and one back in September here. More Beats IP is shifting to Apple as witnessed again last Thursday with Apple's patent application 20200413179 titled "Earphones with a Formable Ear Hook" being published by the U.S. Patent and Trademark Office.

The invention covers various embodiments pertaining to an earphone that includes an ear hook that can provide improved wearing comfort and an improved user experience with the earphones.

The ear hook can include a first end and a second end and a curved portion in between. A body of the ear hook can be made from a flexible material molded over a formable member and a plurality of wires.

Some embodiments of earphones according to the invention can further include an attachment mechanism that secures an earbud to the ear hook in an efficient and attractive manner forming a water tight seal between the two components. Below is Apple's patent FIG. 1 illustrating the earphones with an ear hook and formable member. 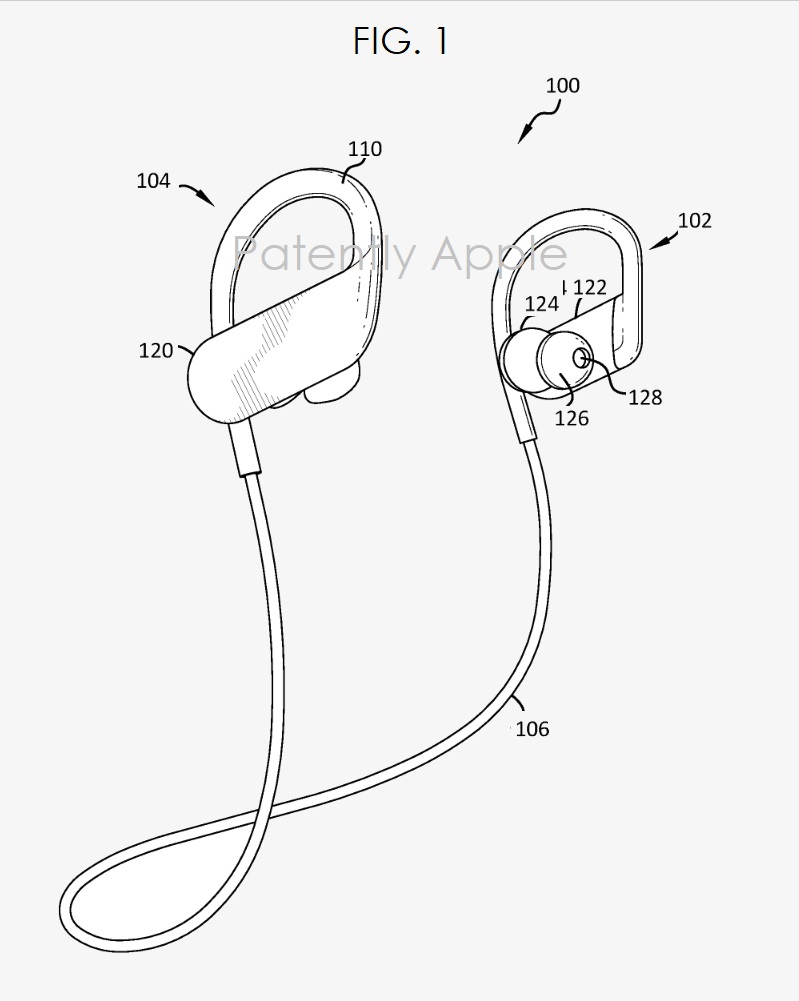 Apple's version of this patent clearly shows that they have cancelled four of the original patent claims numbered 2, 3, 15 and 20. Being that the invention was filed as a "new" patent, Patently Apple is unable to backtrack to the Beats original patent to see what the cancelled claims actually represented.

We're equally in the dark as to whether Apple has added any new patent claims that would point out what Apple wanted in the earphones patent to fall in line with any of their technologies.

It's unknown at this time whether Apple will ever consider adding one version of AirPods with the ear hook design which provides a more secure fit for athletes in action. It depends on whether Apple will keep the 'Beats' brand or kill it off over time. The ear hooks are a clear advantage for Beats headphones, wired or wireless for those that are active. Below is a photo of the actual earphones covered in this patent. 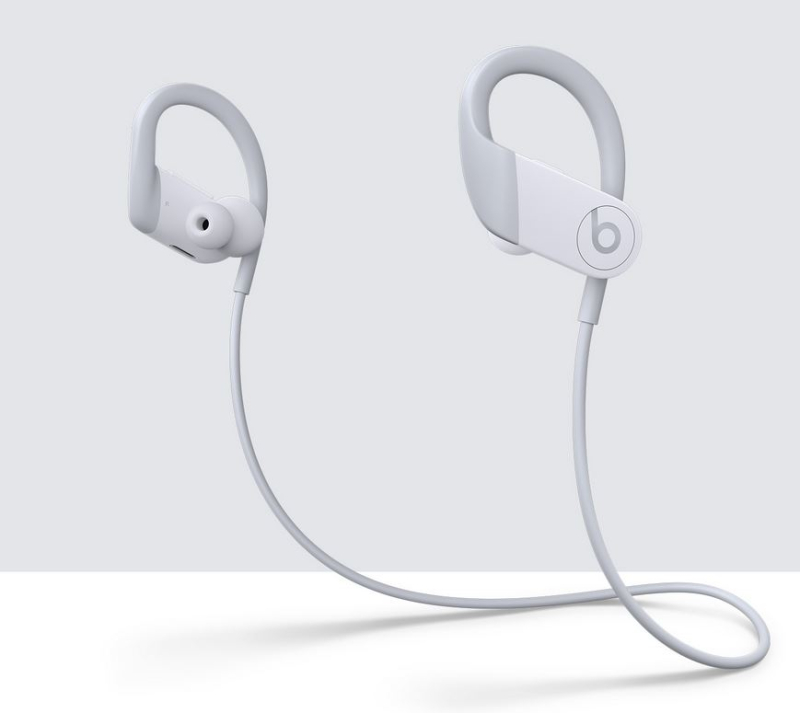 You could review this patent here which was filed for in 2019.