Apple's Board of Directors has expanded to Include Monica Lozano, a Trailblazer in Hispanic Media and Business 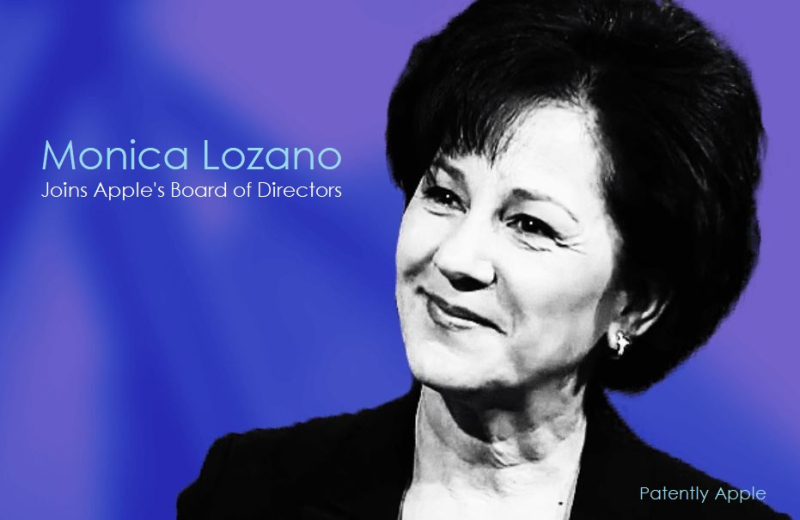 Apple announced earlier today that Monica Lozano, president and CEO of College Futures Foundation, has been elected to Apple’s board of directors. Lozano brings with her a broad range of leadership experience in the public and private sectors, as well as a long and storied track record as a champion for equity, opportunity, and representation.

Prior to joining College Futures Foundation, Lozano spent 30 years in media as editor and publisher of La Opinión, the largest Spanish-language newspaper in the US, helping shine a light on issues from infant mortality to the AIDS epidemic. She went on to become chairman and CEO of La Opinión’s parent company, ImpreMedia. Lozano continues to serve on the boards of Target Corporation and Bank of America Corporation.

Tim Cook, Apple’s CEO: "Monica has been a true leader and trailblazer in business, media, and an ever-widening circle of philanthropic efforts to realize a more equitable future — in our schools and in the lives of all people. Her values and breadth of experience will help Apple continue to grow, to innovate, and to be a force for good in the lives of our teams, customers, and communities."

Arthur Levinson, Apple’s chairman: "Monica has been a pioneer in every organization fortunate enough to benefit from her vision and expertise. After a thorough and fruitful search, I couldn’t be more confident in the positive impact Monica will have on our board and Apple as a whole."

Monica C. Lozano: "I’ve always admired Apple’s commitment to the notion that technology, at its best, should empower all people to improve their lives and build a better world. I look forward to working with Tim, Art, and the other board members to help Apple carry those values forward and build on a rich and productive history."

Apple further noted that "Throughout her accomplished career as a business leader, public servant, and philanthropist, Lozano has made an indelible impact on companies and communities in the US and around the world, earning awards from organizations like The Leadership Conference on Civil and Human Rights and the United States Hispanic Chamber of Commerce.

In her role as CEO of College Futures Foundation, Lozano has been a tireless advocate for expanding access to higher education, partnering with philanthropic organizations, state and local governments, and local communities to improve opportunity for low-income students and students of color.

Lozano is a co-founder of the Aspen Institute Latinos and Society Program, and a former chair of both the University of California Board of Regents and the board of directors of the Weingart Foundation, a private philanthropic organization. Lozano is also a former board member of The Walt Disney Company."

According to a September 2020 report by Statista, 4 out of the top 5 smartphones in Latin America were Samsung models with Motorola's E5 Play being the fifth model. One has to wonder if Lozano has been brought in to assist Apple in preparing a new roadmap pushing harder into the Latin America market over the next few years.

You could learn a little more about Ms. Lozano from Wikipedia here.