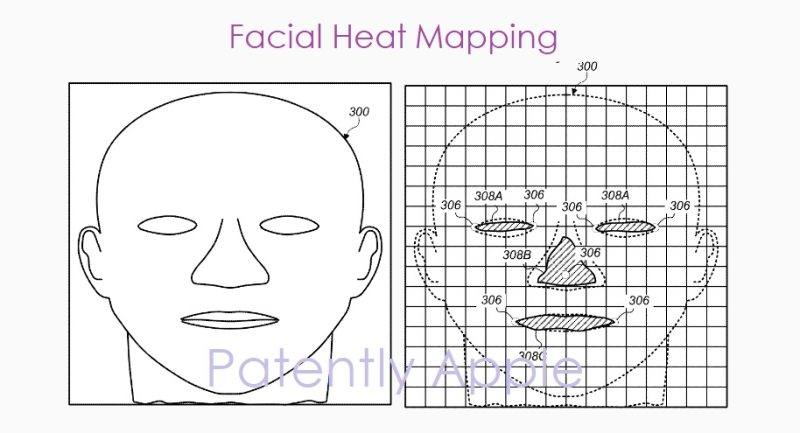 Today the U.S. Patent and Trademark Office officially granted Apple a patent that relates to advancing Face ID with the use of heat maps to assess occlusion of landmarks on a user's face in a captured image.

Apple's patent FIG. 5 depicts an example of an embodiment of an image input; FIG. 9 depicts an occlusion heat map overlaid onto a map of landmark shapes. You have to enlarge the graphic below in order to see the image of FIG. 9 correctly. 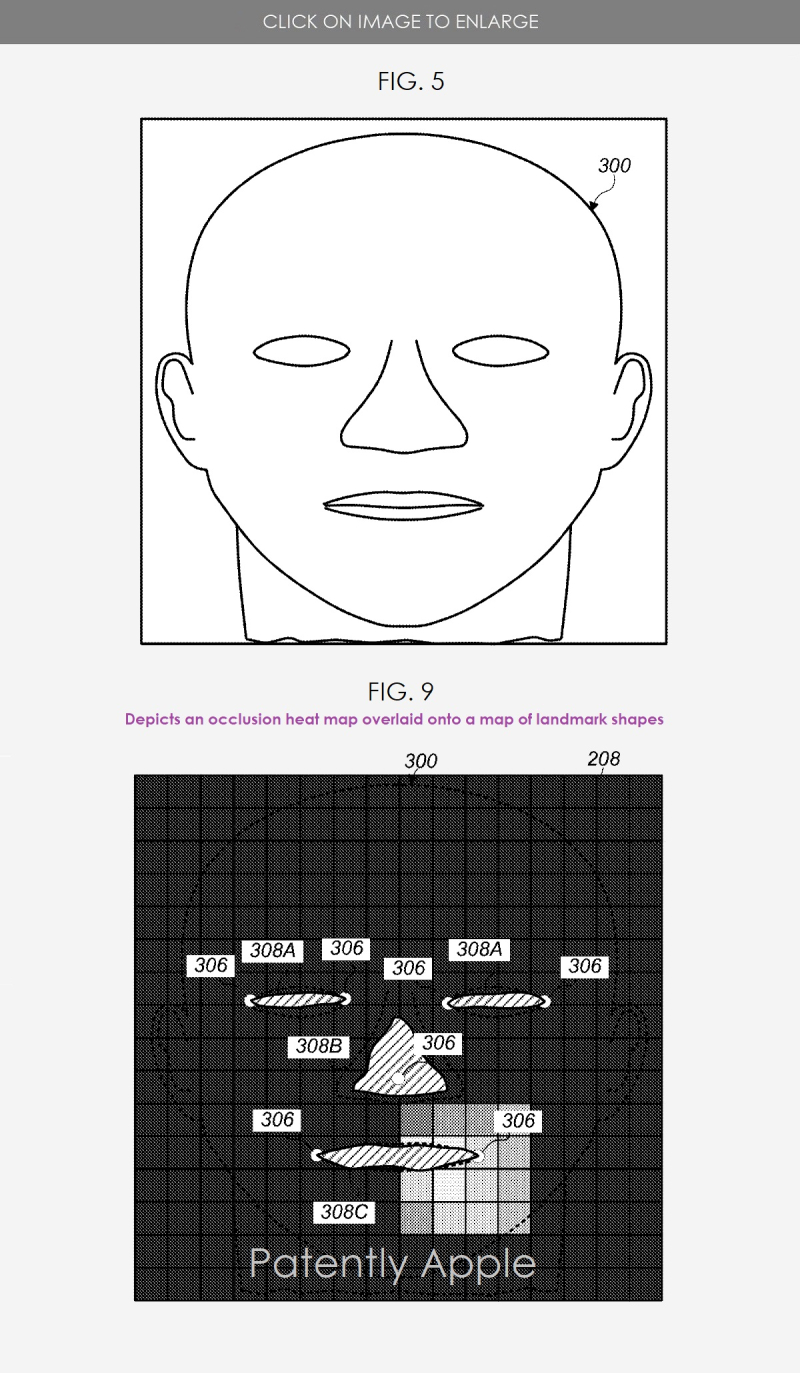 For more details, review Apple's granted patent 10,896,318. Our cover graphic also illustrates patent FIG. 8 depicts a representation of an example of an embodiment of estimated centers of gravity, related to facial heat mapping.