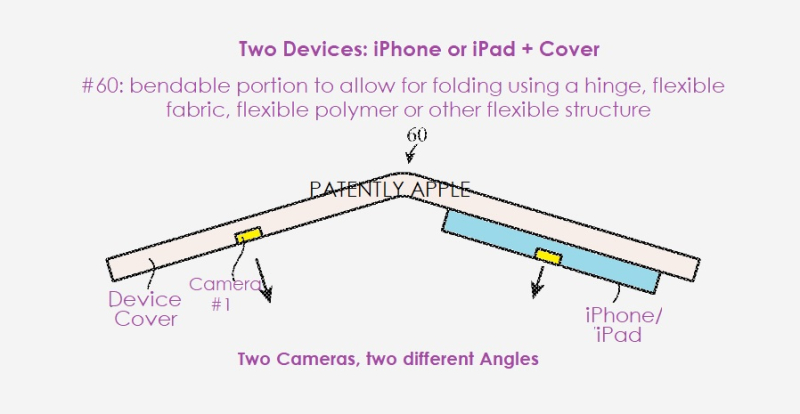 Today the US Patent & Trademark Office published a patent application from Apple that relates to future foldable devices with multiple cameras integrated into the flexible housing that could capture vastly superior panoramic photos by having the cameras in different locations on the housing providing different angles.

Apple notes that it can be challenging to capture panoramic images with a traditional wide-angle camera on an iPhone. The images may likely become blurred due to camera movement and/or portions of a scene may move during image capture operations. Alignment issues may also arise causing desired portions of an image to be cut off unintentionally. 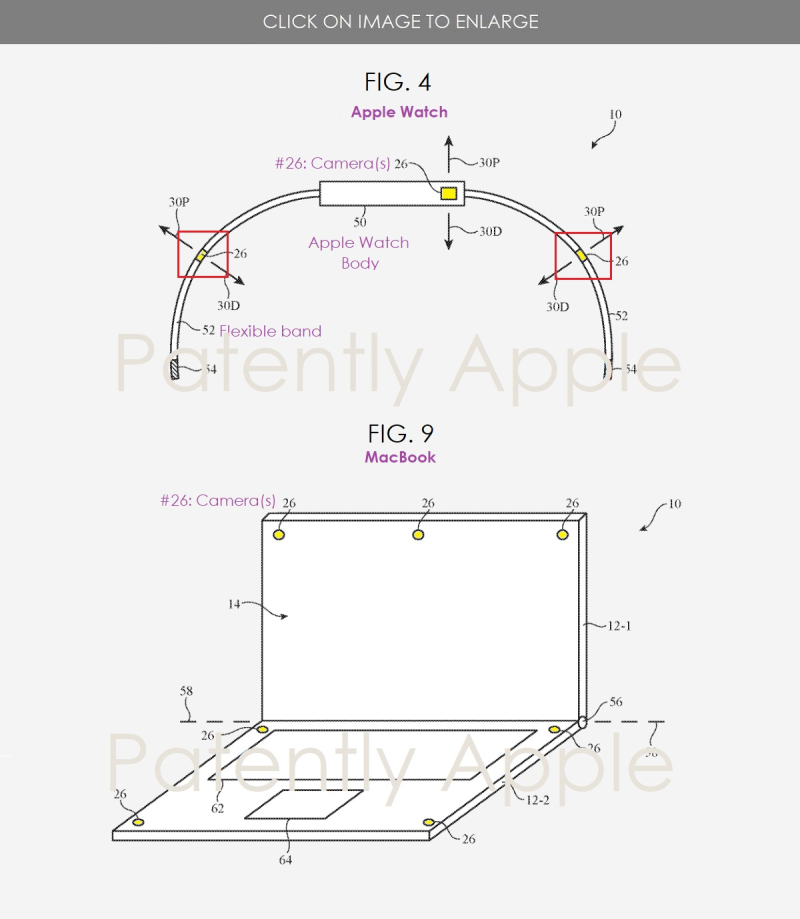 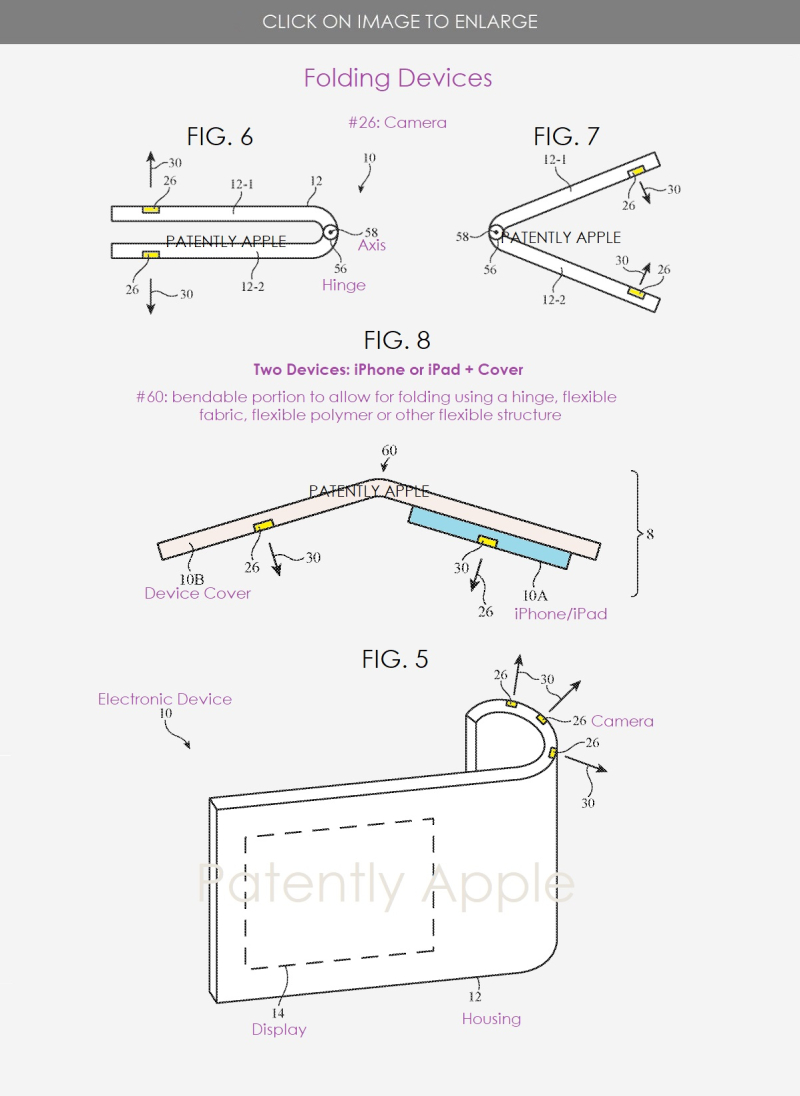 Apple's patent FIG. 5 is a perspective view of an illustrative flexible device that isn't identified. The device is shown with a display that is configured to display a preview of an image captured using multiple cameras located on a curved housing wall (three of them).

Earlier today Patently Apple posted another IP report titled "Apple Invents Object Tracking and Recognition of Objects, Including In-Air hand Gestures, for Future HMD & Glasses." Apple illustrated a future HMD with dual cameras that falls in line with this current invention. A Bloomberg report posted today pointed to Apple's HMD would likely be made with fabric, falling in-line with this latest patent.