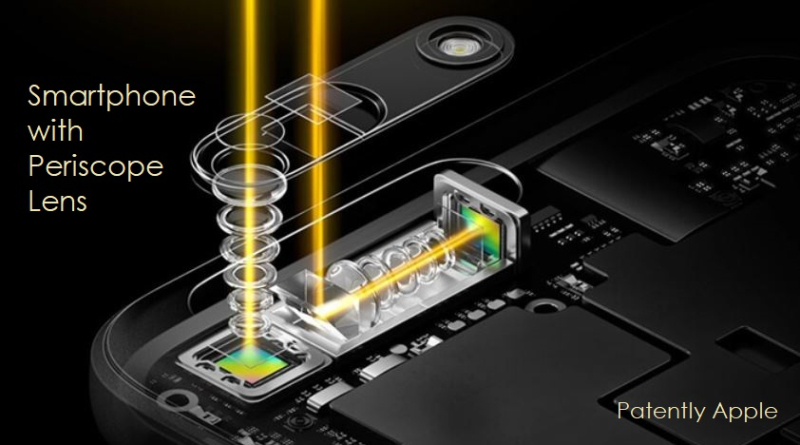 Back in July 2020 Patently Apple posted a report titled "While a Periscope Camera Module was supposed to be ready for iPhone 11, a new Rumor claims that the Project is still ongoing." Then in December a rumor report from The Elec claimed that Apple could decide to use Samsung parts for a folded lens zoom in 2022.

Today the US Patent & Trademark Office published a patent application from Apple that relates to folding camera invention with a range between 85-160mm.

In some embodiments, the actuator may instead or also be configured to move the lens system on one or more axes perpendicular to the second axis (AX 2) relative to and independently of the prism(s)/mirror(s) to provide optical image stabilization (OIS) functionality for the camera. 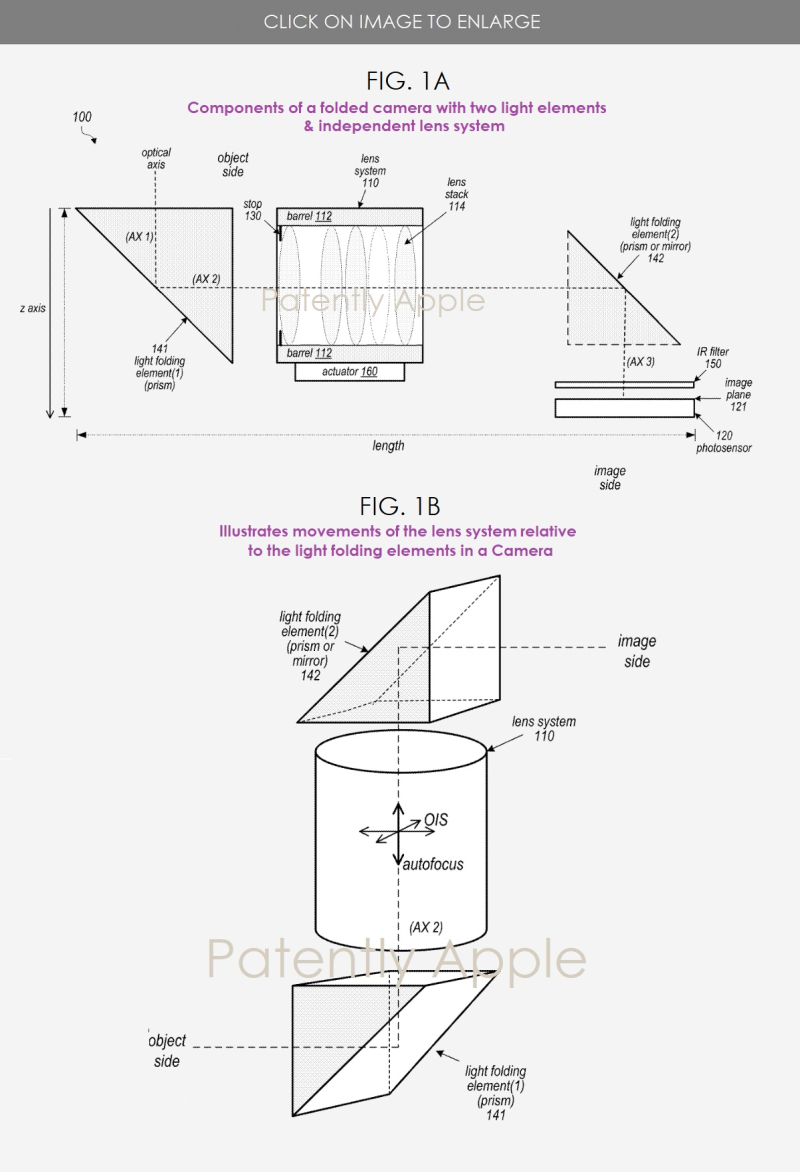 As with most Apple inventions, Apple may illustrate a preferred device that the folding lens may debut on, such as an iPhone, but notes that the invention could apply to various types of devices, including, but not limited to, a personal computer system, desktop computer, laptop, notebook, tablet or pad device, slate, or netbook computer, mainframe computer system, handheld computer, workstation, network computer, a camera, a set top box, a mobile device, a wireless phone, a smartphone, a consumer device, video game console, handheld video game device, application server, storage device, a television, a video recording device, a peripheral device such as a switch, modem, router, or in general any type of computing or electronic device.