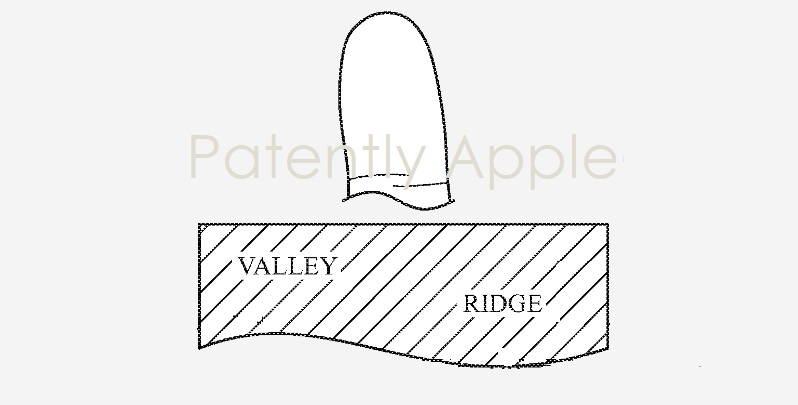 2020 was a relatively busy year for Apple's under-display project with three new patent applications (01, 02 and 03). The three patent applications explored various methods of bringing this feature to future iPhones. Apple also was granted a patent in September 2020.

However, the large-area sensors using complementary metal-oxide-semiconductor (CMOS) are not cost effective. Separation of different reflection rays at various angles is another challenge, as many illumination patterns have to be used to separate the reflection rays, which leads to a long (e.g., a few seconds) image capture time. This is what Apple's invention addresses.

Apple's invention is directed to an apparatus for fingerprint sensing with a narrow field-of view (NFV) collimator and an organic imager. The apparatus includes a touch-display layer, a collimator layer and a pixelated image sensor.

The touch-display layer can be an organic light-emitting diode (OLED) display that is covered by a transparent layer (e.g., a cover glass layer) and can emit light to illuminate a surface touching the transparent layer and allows transmission of reflected light from the surface to underlying layers including the collimator layer and the organic imager.

The surface touching the transparent layer is a surface of a human finger including ridges and valleys, and the collimator layer's purpose is to separate weak reflections resulting from angled illumination of walls of valleys. 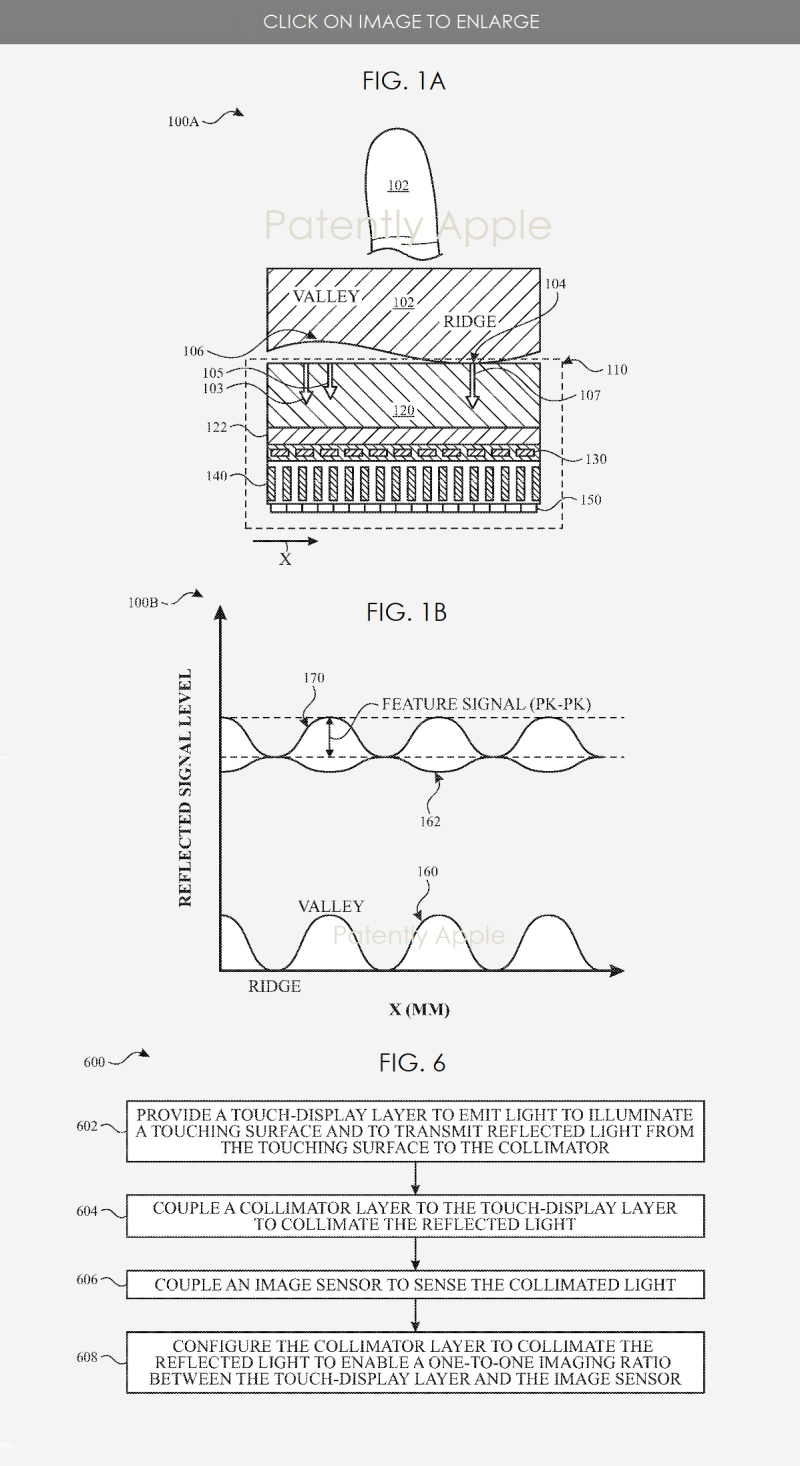 Apple notes that the under-display optical fingerprint sensor of the subject technology can be readily integrated into an iPhone or Apple Watch.

Under-display (and/or in-display) fingerprint technology for Touch ID has been rumored to be coming to a future iPhone for some time now and most recently repeated in a Bloomberg report posted last week.