Home Archives Contact Us Subscribe Twitter Facebook Patently Mobile
Apple's Board of Directors has expanded to Include Monica Lozano, a Trailblazer in Hispanic Media and Business
Apple will modify executive bonuses in 2021 based on Values-Driven Leadership 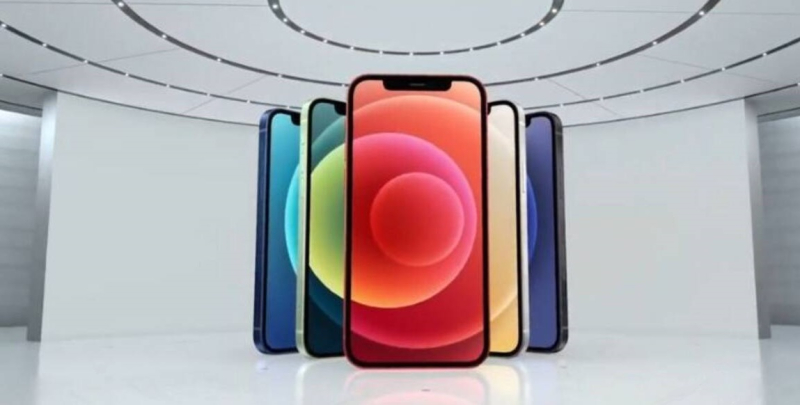 An analytical report published today provided results on Apple's new iPhone 12 models.  The report found that the new iPhone 12 models (12, 12 Pro, 12 Pro Max, and 12 mini) accounted for 76% of US iPhone sales in the period after their launch. iPhone 12 had the largest share for a single model, at 27% 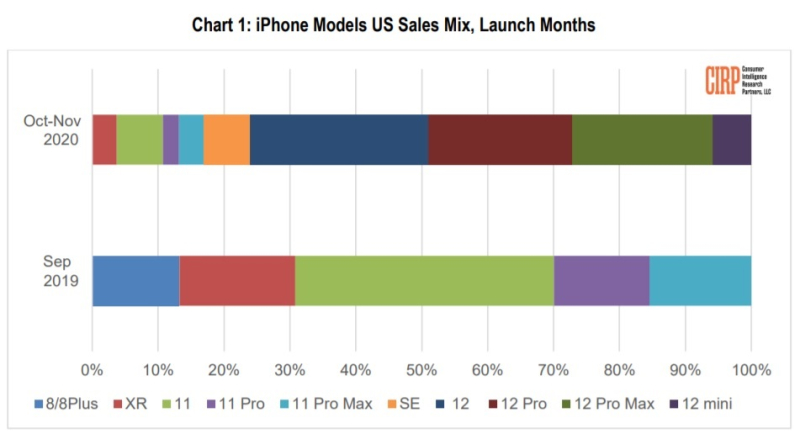 "iPhone 12 models garnered a significant share at launch, but with mixed results, as iPhone 12 mini seems to have been lost among the other models. Apple not only launched a wider range of new models than ever before, and also divided that launch into two pairs of models, so comparison to earlier launches is tricky.

In addition, Apple launched a new iPhone SE earlier in the year, further complicating the lineup. Compared to last year’s launch of iPhone 11 models, which accounted for 69% of sales in the period after the launch, the four iPhone 12 models did even better, with 76% of sales.

However, there was no clear leader among the new models, with sales evenly distributed among iPhone 12, 12 Pro, and 12 Max.

"The new iPhone mini likely disappointed Apple with only 6% of sales in the period. It has most of the same features as the other iPhone 12 models, in a smaller form factor for $699. Its share was just above that of iPhone XR, launched in 2018 and now priced at $499, the one-year old iPhone 11, now selling for $599, and the 2nd generation iPhone SE, launched in April 2020 at $399. It seems that it’s higher price point compared to those three models limited the iPhone 12 mini appeal."