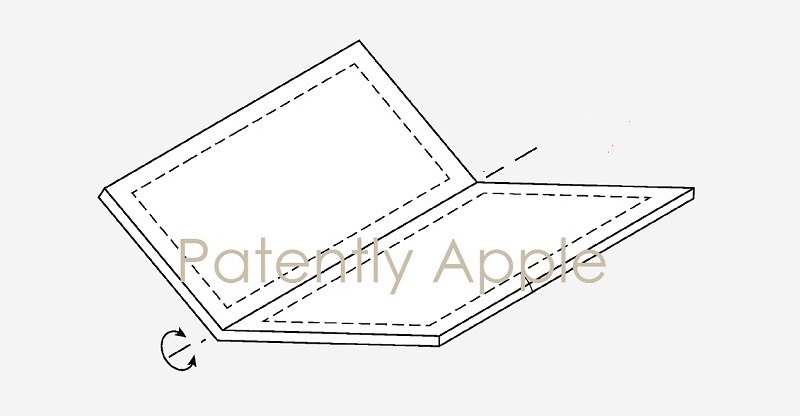 While Bloomberg's Mark Gurman has been on a roll of late with a number of interesting rumor reports talking up new MacBooks and iMacs and the possible addition of a vapor chamber for the next-gen iPad Pro. Yet Bloomberg's last rumor report for Friday appeared to be more about throwing darts at a board in the hopes of staying ahead of anything Ming-Chi Kuo might forecast.

When it comes to a foldable phone that's been rumored for months, Bloomberg provides a hazy picture with a line like "The development work hasn’t expanded beyond a display, meaning Apple doesn’t yet have full handset prototypes in its labs."

Then, after wasting our time with filler, the report states: "However, a foldable iPhone is likely years away or ultimately may never be introduced." Then why even bother luring people into the story with a folding iPhone being the thrust of the byline and then deliver useless confusing fluff?

There have been more substantive rumors on this subject matter such as the one back in mid-November pointing to several supply chain partners working on this project.

As to Bloomberg's vague reference to work on a hinge, we learned back in December that Foxconn was testing a hinge for an Apple folding device. Yet according to Bloomberg, Apple hasn't even gone beyond choosing a display. Then what was Foxconn testing? The clash of rumors at times is so ridiculous and this one takes the cake.

Next up, the Bloomberg report states that "Apple is still testing an in-screen fingerprint reader for 2021." That's the whole rumor on that single vague point.  When it's clear that Apple's testing will lead to a coming product, then it might be an interesting story. Throwing a vague statement into the wind however is just a guess.

Apple has been working on Touch ID under the display for years. It's amazing they're behind Android phones on this feature that's long overdue. Let's hope more concrete news surfaces on this feature for an iPhone later this year. The simple phrase of "still testing" is meaningless.

The first two rumor reports posted by Bloomberg today were great while the last one seemed to be terribly off the mark. Though if you love rumors, and we know you do, then be sure to check out Bloomberg's last rumor report of the day for yourself here.