Would you love to own a cool Matte Black Aluminum MacBook? Well, Apple Researchers are working on just that

Matte Black is loved by consumers. Sony's wireless headset with matte black is hailed by every reviewer. Apple's iPhone 12 offers nice matte black siding, but the back is still with a shiny finish. Today the US Patent & Trademark Office published a patent application from Apple that describes applying a matte finish to a MacBook which would be a refreshing change from various shades of aluminum. While you can get a custom matte black finish on a MacBook through ColorWare (01, 02), it would be great to just order it from Apple one day.

More specifically, the described embodiments relate to techniques for etching the surface of the dyed anodized part such as to form light-absorbing features that are capable of absorbing generally all visible light incident upon the external surface such as to impart a black appearance.

Although enclosures formed of anodized metal can be dyed a variety of different colors, it is well established that dyeing the enclosures certain colors, such as black, is notoriously difficult to achieve. The best attempts in the industry have only been able to attain a dark grey color.

For example, merely depositing dye particles within pores of an anodized layer is insufficient to impart a true black color. Indeed, the anodized layer plateaus at an L* value in the low 20s. Part of the challenge to achieving a true black color is that the surface of these enclosures generally has a high gloss finish, which contributes to specular reflection of a large amount of visible light.

The metal substrate can include any of a number of suitable metals or metal alloys thereof such as aluminum, titanium, steel, and the like. It should be noted that the processes for forming an anodized layer and a metal oxide layer can be different.

In Apple's patent FIG. 1 below we're able to see perspective views of various portable electronic devices including a MacBook that have enclosures that could be processed using the techniques described in Apple's patent filing. While it could also be a nice finish on a future Apple Watch, iPhones and iPads may use glass backs for wireless charging purposes making this finish impractical; FIGS. 2C-2D illustrate cross-sectional views of a process for sealing an anodized part 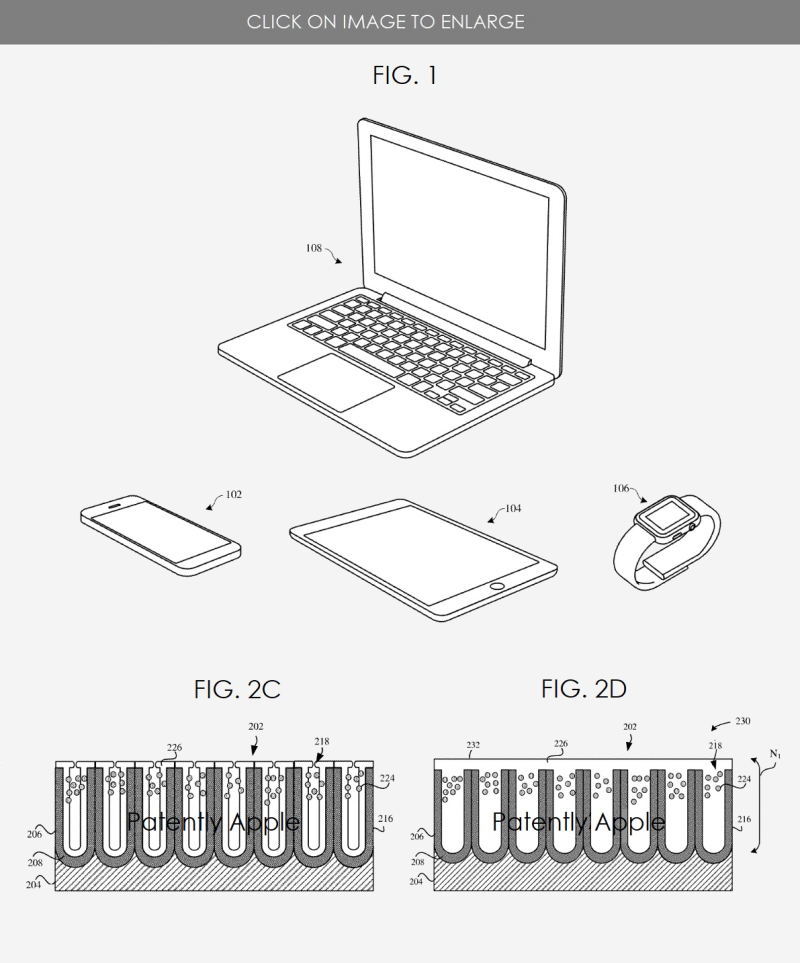 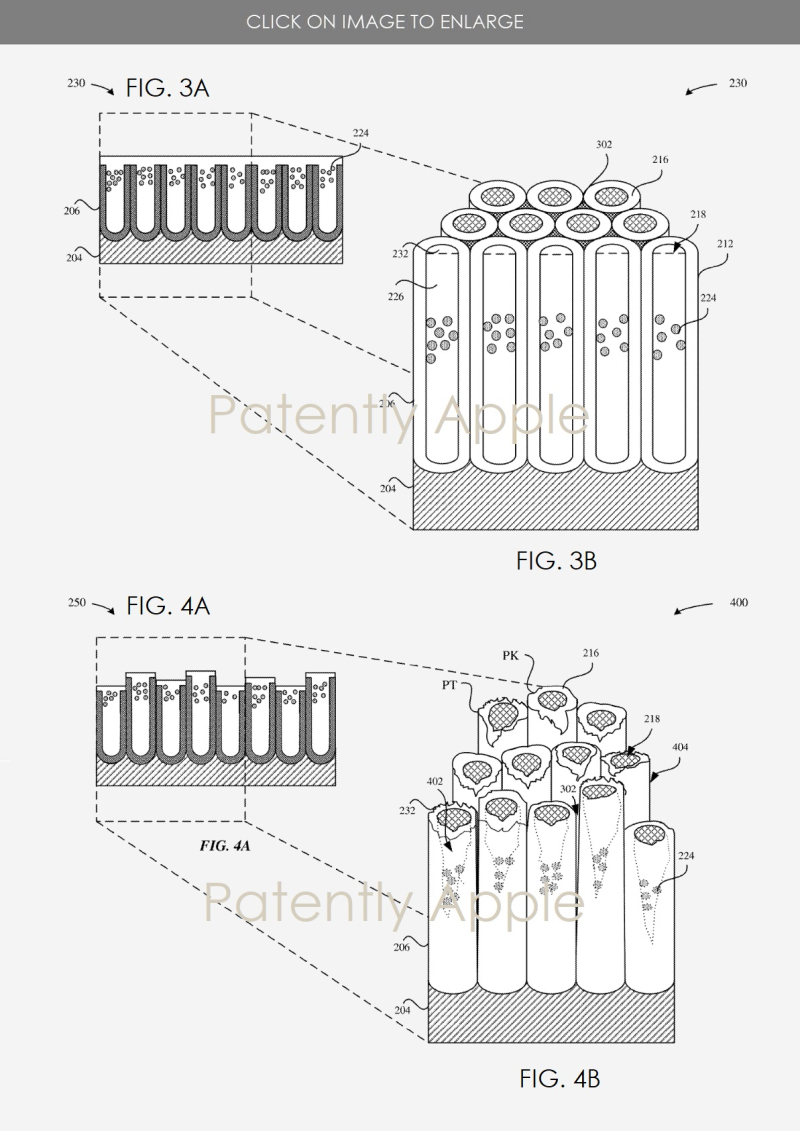 For more details, review Apple's patent application number 20200383224 that was published today by the U.S. Patent Office and first discovered by Patently Apple. Considering that this is a patent application, the timing of such a product to market is unknown at this time.

Considering that the patent dates back to 2019, it's after Apple experimented with a matte black iPhone 7. It would suggest that Apple's engineers have been trying to perfect the process for future devices. The MacBook would likely have the most impact being that it's one of the larger devices where it would be seen and appreciated the most.