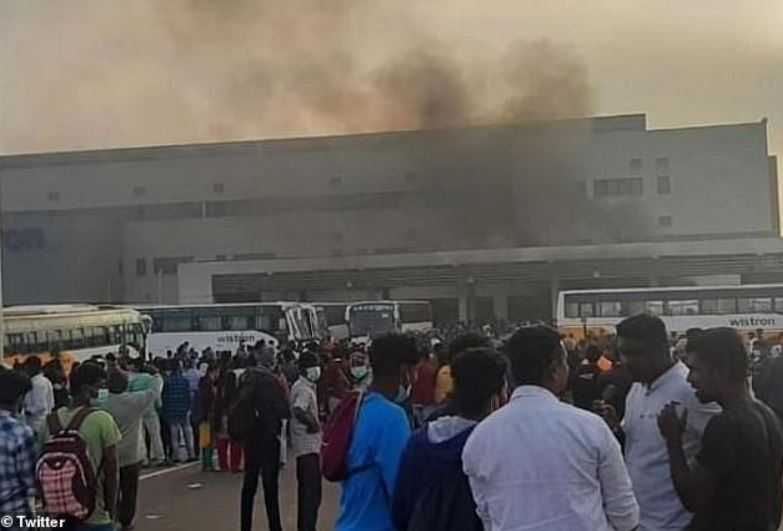 It's being reported today in India that the Karnataka state government could make Apple a party to the inquiry into the violence at the Wistron factory that makes iPhones, according to sources familiar with the matter.

They added that "Apple could be asked to share details of its investigation with the labor authorities/court," as a series of connected Supreme Court and high court rulings were upheld that it's the primary employer’s responsibility.

Further, the sources stated that "According to the Contract Labor (Regulation and Abolition) Act, 1970, the contractor is responsible for payment of wages and the principal employer is ultimately responsible for it," This implies that the authorities can seek explanations from both Apple and Wistron.

Navkendar Singh, research director at International Data Corporation (IDC) stated for the report that "this is a big setback for Wistron, which is one of the largest suppliers to Apple," adding that it was unlikely to meet the PLI target for the year.

The India Times report also noted that Wistron would not likely have recourse to the force majeure clause of the scheme. Clause 8.9 allows the empowered committee, which is an inter-ministerial body with the revenue and IT secretary as its members, to revise the incentive rates, targets and other criteria during the tenure of the scheme. In case of a force majeure event, it also has powers to amend, modify and withdraw any clauses under the scheme. For more, read the full report.