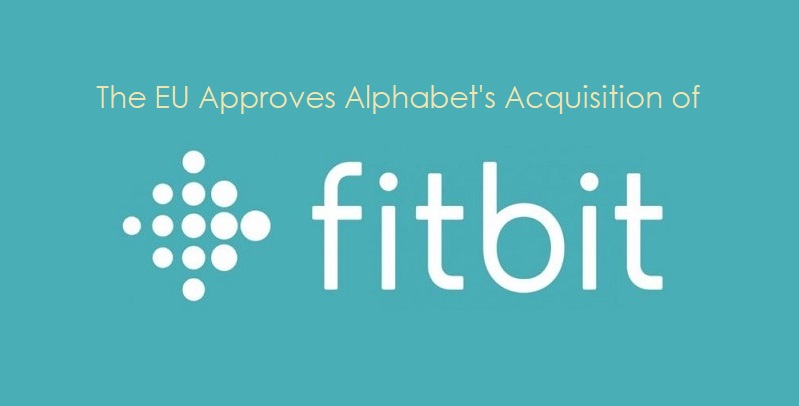 In November 2019 Patently Apple posted a report titled "Google's Parent Company Announces Acquisition of Fitbit." The acquisition was announced after the company had a big Q3 2019 earnings miss. The $2.1 billion price tag bought Google a dedicated team to advance their Pixel Watch plans which have been rumored for years. With Fitbit and Alphabet's finances, they may be able to put together a product line that might be able to challenge Apple Watch down the road.

The full EU press release as it relates to Google and Fitbit is presented below in full. Google has had to make several serious concessions to the EU in order for the deal to remain viable as follows:

"The European Commission has approved, under the EU Merger Regulation, the acquisition of Fitbit by Google. The approval is conditional on full compliance with a commitments package offered by Google. 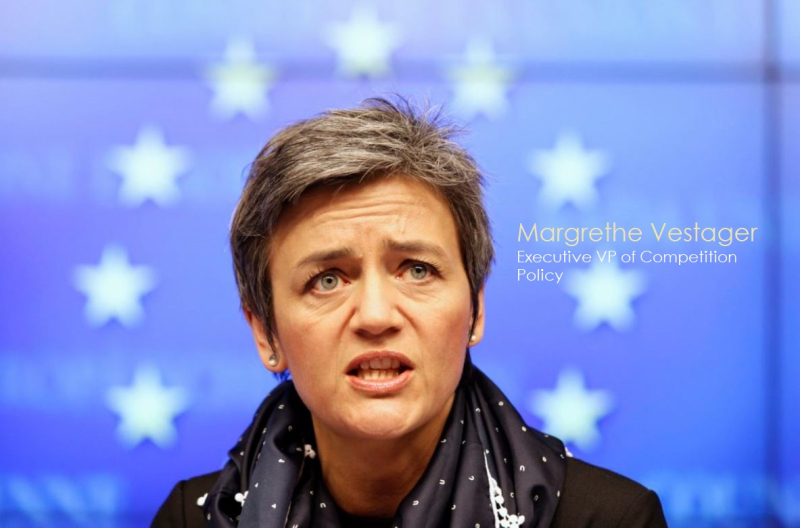 Executive Vice-President Margrethe Vestager, in charge of competition policy, said: "We can approve the proposed acquisition of Fitbit by Google because the commitments will ensure that the market for wearables and the nascent digital health space will remain open and competitive. The commitments will determine how Google can use the data collected for ad purposes, how interoperability between competing wearables and Android will be safeguarded and how users can continue to share health and fitness data, if they choose to."

Today's decision follows an in-depth investigation of the proposed transaction, which combines Google's and Fitbit's complementary activities. Fitbit has a limited market share in Europe in the fast-growing smartwatch segment where many larger competitors are present, such as Apple, Garmin and Samsung. The proposed transaction leads to very limited horizontal overlaps between the activities of Google and Fitbit. The Commission's investigation focused on the data collected via Fitbit's wearable devices and the interoperability of wearable devices with Google's Android operating system for smartphones.

During its in-depth investigation, the Commission gathered extensive information and feedback from competitors of the merging companies as well as from various other market participants and stakeholders. The Commission has also worked in close cooperation with competition authorities around the world, as well as with the European Data Protection Board.

Following its investigation, the Commission had concerns that the transaction, as initially notified, would have harmed competition in several markets. In particular:

Advertising: By acquiring Fitbit, Google would acquire (i) the database maintained by Fitbit about its users' health and fitness; and (ii) the technology to develop a database similar to that of Fitbit. By increasing the already vast amount of data that Google could use for the personalization of ads, it would be more difficult for rivals to match Google's services in the markets for online search advertising, online display advertising, and the entire "ad tech" ecosystem. The transaction would therefore raise barriers to entry and expansion for Google's competitors for these services to the detriment of advertisers, who would ultimately face higher prices and have less choice.

Access to Web Application Programming Interface (‘API') in the market for digital healthcare: A number of players in this market currently access health and fitness data provided by Fitbit through a Web API, in order to provide services to Fitbit users and obtain their data in return. The Commission found that following the transaction, Google might restrict competitors' access to the Fitbit Web API. Such a strategy would come especially at the detriment of start-ups in the nascent European digital healthcare space.

Some market participants who consider that Google has already a significant presence in the digital healthcare sector, raised a concern that Google may obtain a competitive advantage in this sector by combining Google's and Fitbit's databases to such a degree that competitors would no longer be able to compete. The Commission's in-depth investigation did not confirm such concerns because the digital healthcare sector is still nascent in Europe with many players active in this space. Moreover, Fitbit has a limited user community in the fast-growing smartwatch segment.

Other market participants raised a privacy concern indicating that it would be increasingly difficult for users to track what their health data would be used for. The Commission's investigation found that Google will have to ensure compliance with the provisions and principles of the GDPR, which provides that the processing of personal data concerning health shall be prohibited, unless the person has given explicit consent Such concerns are not within the remit of merger control and there are regulatory tools better placed to address them.

Ads Commitment: Google will not use for Google Ads the health and wellness data collected from wrist-worn wearable devices and other Fitbit devices of users in the EEA, including search advertising, display advertising, and advertising intermediation products. This refers also to data collected via sensors (including GPS) as well as manually inserted data.

Google will maintain a technical separation of the relevant Fitbit's user data. The data will be stored in a "data silo" which will be separate from any other Google data that is used for advertising.

Google will ensure that European Economic Area (‘EEA') users will have an effective choice to grant or deny the use of health and wellness data stored in their Google Account or Fitbit Account by other Google services (such as Google Search, Google Maps, Google Assistant, and YouTube).

Web API Access Commitment: Google will maintain access to users' health and fitness data to software applications through the Fitbit Web API, without charging for access and subject to user consent.

To ensure that wearable device OEMs have also access to future functionalities, Google will grant these OEMs access to all Android APIs that it will make available to Android smartphone app developers including those APIs that are part of Google Mobile Services (GMS), a collection of proprietary Google apps that is not a part of the Android Open Source Project.

Google also will not circumvent the Android API commitment by degrading users experience with third party wrist-worn devices through the display of warnings, error messages or permission requests in a discriminatory way or by imposing on wrist-worn devices OEMs discriminatory conditions on the access of their companion app to the Google Play Store.

The duration of the commitments is ten years. Because of Google's entrenched position in the market for online advertisement, the Commission may decide to extend the duration of the Ads Commitment by up to an additional ten years, having justified the necessity for such an extension.

A trustee, who has to be appointed before the transaction can close, will monitor the implementation of the commitments. To fulfil its duties, the trustee will have far-reaching competences, including access to Google's records, personnel, facilities or technical information. The monitoring trustee will also be entitled to share the reports it provides for and provided to the Commission with the Irish Data Protection Commission. The commitments also include a fast track dispute resolution mechanism that can be invoked by third parties.

The commitments offered by Google are based on an earlier commitment package that was significantly improved following the feedback received by market participants. The Commission concluded that the proposed transaction, as modified by the commitments, would no longer raise competition concerns. This decision is conditional upon full compliance with the commitments, It is without prejudice to the Commission's efforts to ensure fair and contestable markets in the digital sector, notably through the recently proposed Digital Markets Act.

Companies and products: Google is an American multinational technology company active in a wide range of product areas including online advertising technology, internet search, cloud computing, software, and hardware. Amongst other products and services, Google develops licensable operating systems for smartphones and smartwatches, as well as applications, such as a health and fitness application. The company also offers IT and information/research services for the healthcare industry.

Fitbit is an American company active in the development, manufacturing and distribution of wearable devices (both smartwatches and fitness trackers) and connected scales in the health and wellness sector. Fitbit is also active in the supply of related software and services.