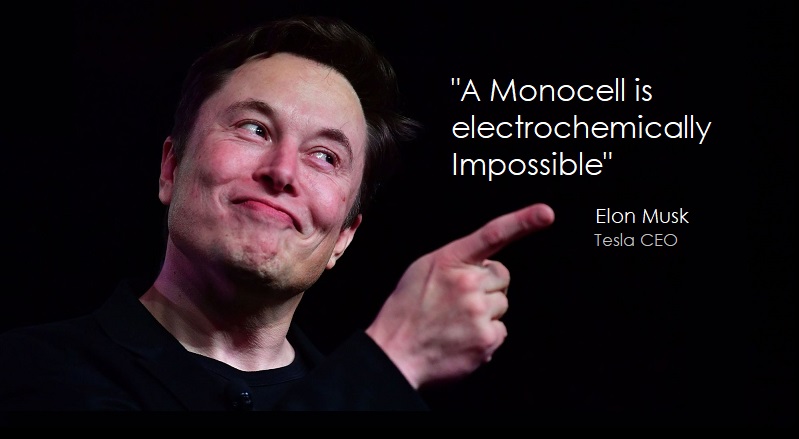 The hype surrounding yesterday's report that Apple is working on a "radical" battery design for a 2024 car based on  a unique monocell design appears to have gotten under the skin of Tesla's CEO Elon Musk and the Director of Research over at ARK Invest, Brett Winton. In responding to Winton's tweet, Musk is attempting to refute the battery design's viability.

Specifically, Musk stated in-part: "A monocell is electrochemically impossible, as max voltage is ~100X too low. Maybe they meant cells bonded together, like our structural battery pack?"

- Tesla already uses iron-phosphate for medium range cars made in our Shanghai factory.

- A monocell is electrochemically impossible, as max voltage is ~100X too low. Maybe they meant cells bonded together, like our structural battery pack?

Musk then adds that "During the darkest days of the Model 3 program, I reached out to Tim Cook to discuss the possibility of Apple acquiring Tesla (for 1/10 of our current value). He refused to take the meeting."

Apple's CEO not taking a meeting with Musk, doesn't equate to Apple not being interested in the car market which Musk is contending.

It's unknown what Musk's motives are for today's tweet. Therefore trying to read the tea leaves on this matter would simply be a waste of time. See the full CNBC report for more.