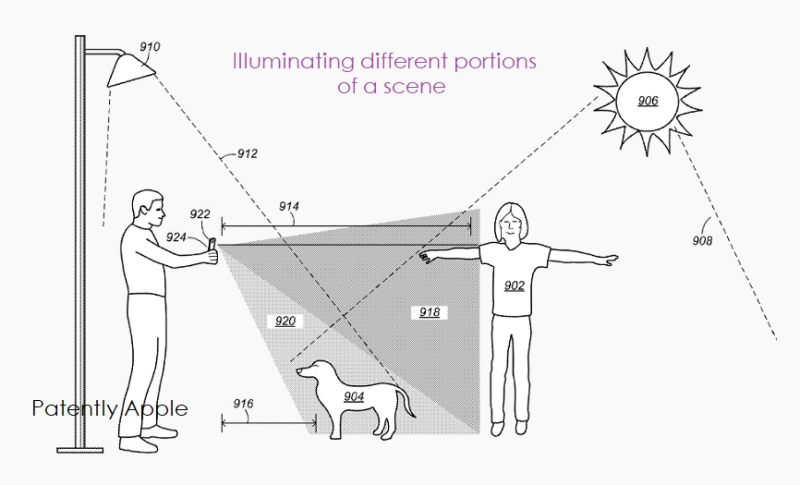 Today the U.S. Patent and Trademark Office officially granted Apple a patent titled "Light source module with adjustable diffusion." It appears that that patent covers a future iPhone camera system that will include an advanced Flash module that contains an "array of illumination elements" and "light diffusing material. While a regular flash module could create harsh light and harsh shadows, the new flash illumination system will be able to handle a variety of lighting requirements.

Our cover image presents Apple's patent figure 9 that illustrates how a future iPhone camera will be able to execute varying light so that the focal point has a single light while a secondary light could capture another element differently as shown with light power #918 focused on a person and 920 focused on the dog.

The iPhone may identify subjects in a scene, determine lighting conditions and relative distances between subjects, and determine one or more adjustments of the diffusion of light that is to be used to illuminate the scene based on these and other variables.

A light source module may diffuse light to compensate for multiple combinations of lighting conditions and direct light in different distribution arrangements, such as top half/bottom half of a scene, left side/right side of a scene, grid segments of a scene, and the like. 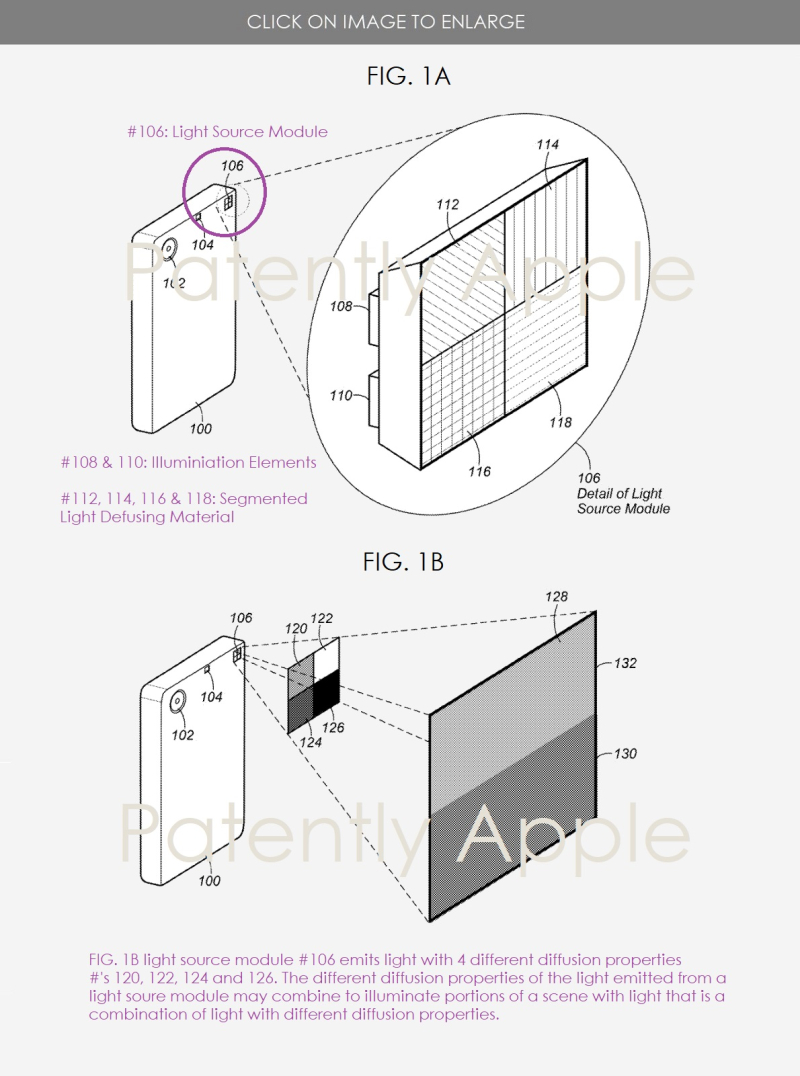 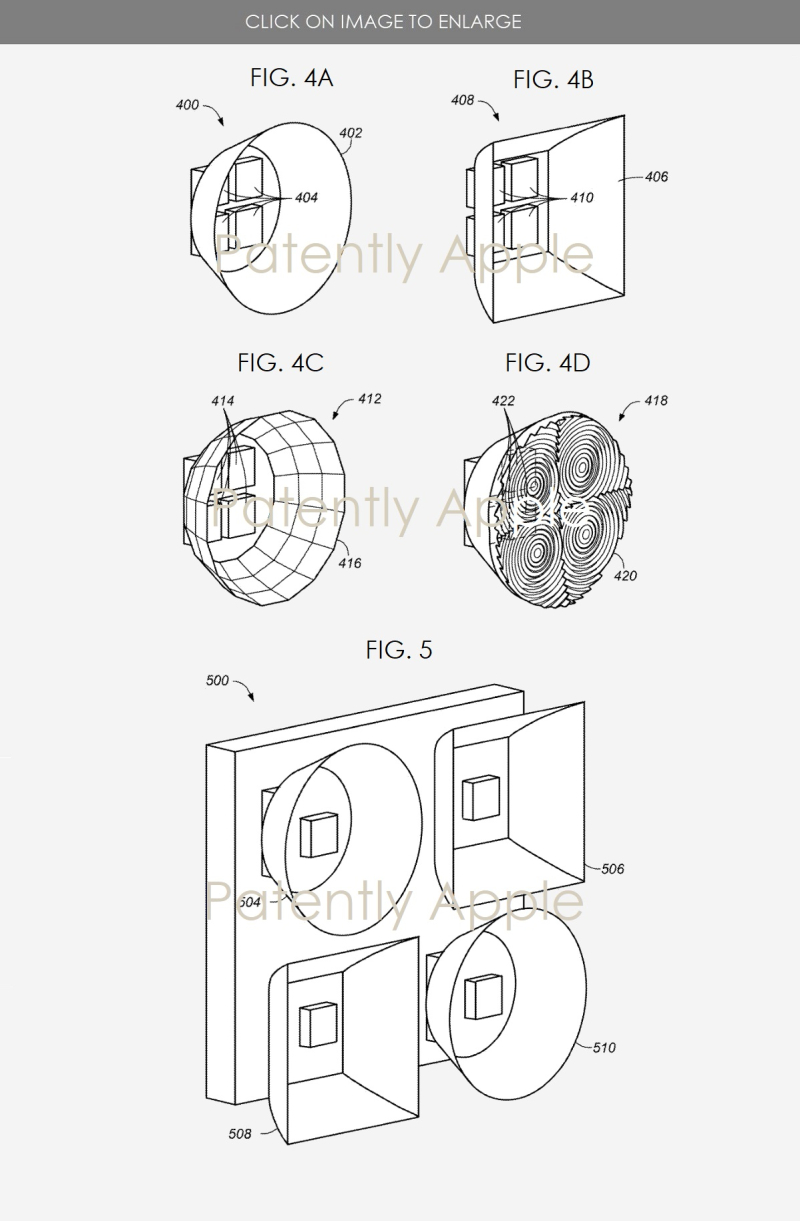 Review Apple's granted patent 10,855,895 for the finer details of this invention that was granted today by the U.S. Patent Office.