Today the U.S. Patent and Trademark Office officially granted Apple a patent for a future Apple Watch band with embedded batteries. A longer battery life for Apple would enable users to use their smartwatch for longer times with less frequent recharging.

Apple states in their granted patent that Apple Watch (a smartwatch) offers a variety of different features and applications that makes it attractive to users.  Apple Watch can be powered by a rechargeable battery that is located within its body. However, different features and applications offered by Apple Watch could require differing amounts of processing and power, which can drain the battery life of the rechargeable battery and diminish the user's ability to use Apple Watch for some features as they desire without recharging the battery. The amount of power that can be produced by a battery can be based on the volume of the battery itself. Accordingly, the amount of power producible by batteries that are housed within the watch body is limited by the space available in the watch body.

Apple's invention covers a watch band for a future Apple Watch that houses a series of embedded batteries in order to provide additional battery life.  This can provide an additional power source for Apple Watch without increasing the size of the Apple Watch body.

In some embodiments, a strong inner frame, like an endoskeleton, provides structural support for housing batteries within a watch band, while a flexible outer covering seals the batteries in the watch band. 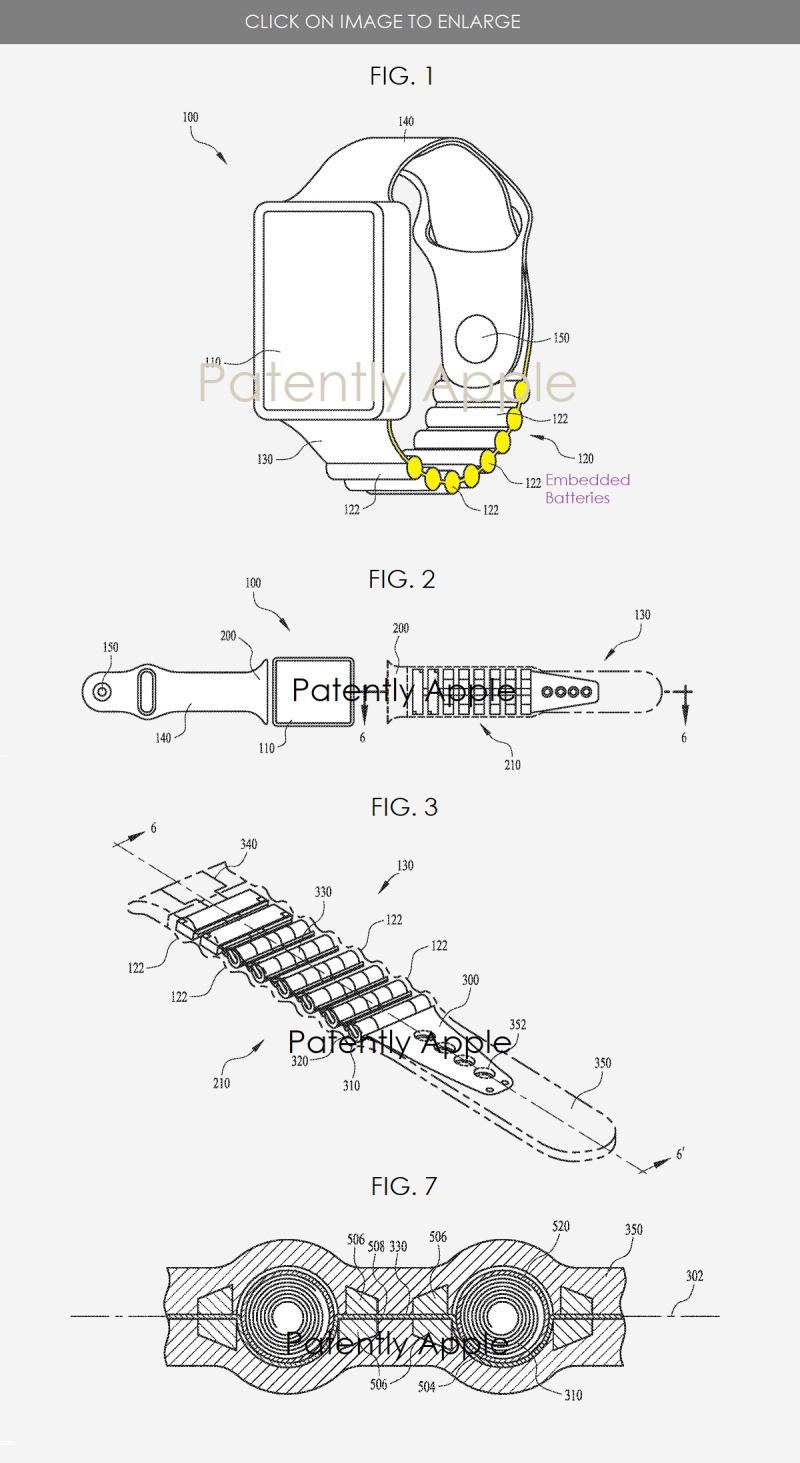 For finer details, review Apple's granted patent 10,849,392 that was published today by the US Patent and Trademark Office.