In late October a major news site reported that Apple was stepping up its efforts to develop its own search technology as US antitrust authorities threaten multibillion-dollar payments that Google makes to secure prime placement of its engine on the iPhone.

The Financial Post further noted that "In a little-noticed change to the latest version of the iPhone operating system, iOS 14, Apple has begun to show its own search results and link directly to websites when users type queries from its home screen.

The company’s growing in-house search capability gives it an alternative if regulators block its lucrative partnership with Google.

Bill Coughran, Google’s former engineering chief, who is now a partner at Silicon Valley investor Sequoia Capital weighed in by stating that "They [Apple] have a credible team that I think has the experience and the depth, if they wanted to, to build a more general search engine."

More importantly, perhaps, is that the Financial Times pointed out that "Apple’s frequent job advertisements for search engineers are not short on ambition, inviting candidates to 'define and implement the architecture of Apple’s groundbreaking search technology.'" For more on this, read the full Financial Times report by Tim Bradshaw in London and Patrick McGee in San Francisco.

Yesterday, the U.S. Patent and Trademark Office officially granted Apple a patent that strengthens the argument that Apple may be developing its own web browser.

In order to make the search results more useful to users, the data processing systems that return the search results will sort or rank the results based on a rank or score that causes the list to show the items (e.g., web pages) in a particular order.

Apple's granted patent also covers a method in one embodiment for creating domain influence scores that can be used to rank search results.

Further, a method can also include generating a blacklist of domains, where the blacklist is used during the process of updating the influence scores for all domains, and the blacklist includes a list of blacklisted domains.

Apple's patent FIG. 2 below shows an example of a system which can produce domain influence scores; FIG. 3 is a flowchart which illustrates a method. 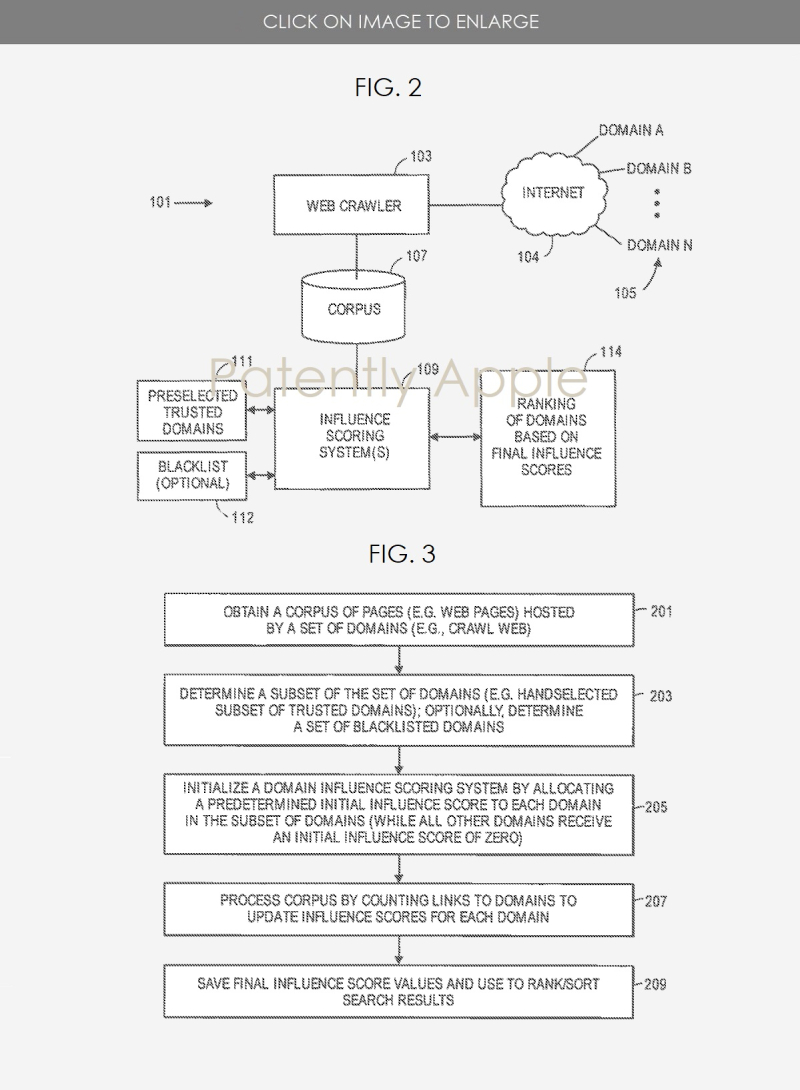