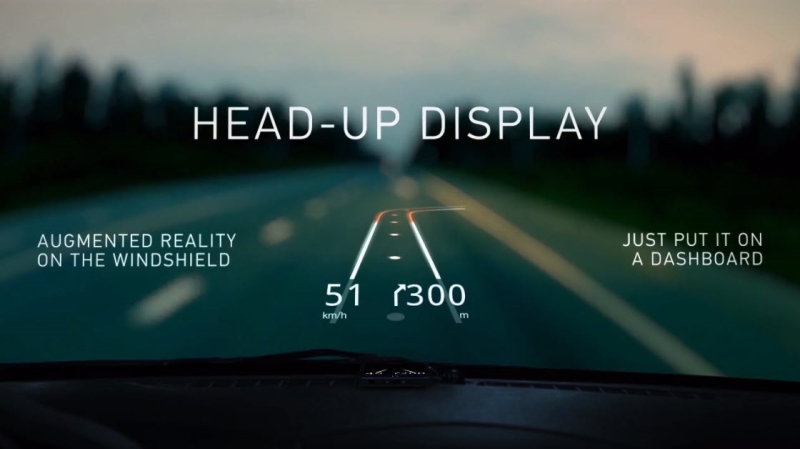 Today the U.S. Patent and Trademark Office officially granted Apple a Project Titan patent relating to a vehicle's Head-up-Display. The twist in Apple's invention is that the Head-up-Display could be used on the passenger side portion of the windshield as well as vehicle side windows using a holographic optical element.

In Apple's patent background they note that vehicles such as automobiles are sometimes provided with head-up displays. Typical head-up displays project images onto the windshield of a vehicle. A driver of the vehicle can view the projected images while driving.

In conventional head-up displays, a virtual image is created by using a display in a dashboard to project light onto the front windshield of the vehicle at a given angle of incidence, which then reflects the light to the driver's eyes at an angle of reflection that matches the angle of incidence.

It would therefore be desirable to be able to provide improved head-up displays for displaying information for the occupants of a vehicle in a wider range of locations.

The optical combiner may be a holographic or diffractive optical element or may be an array of angled reflectors such as micromirrors embedded in an index-matching material.

Optical combiners formed from holographic elements may be configured to reflect light at an angle of reflection that, if desired, can be different than the angle of incidence, thereby allowing light to reach a viewer's eyes even when the head-up display reflects light off of a side window in the vehicle.

The diffraction order spacing of the holographic optical element may be controlled to reflect a given input angle to a desired output angle.

A holographic optical element may include volume holographic media such as photopolymers or holographic-polymer dispersed liquid crystal in which a reflective hologram has been written (e.g., using the interference of two lasers). 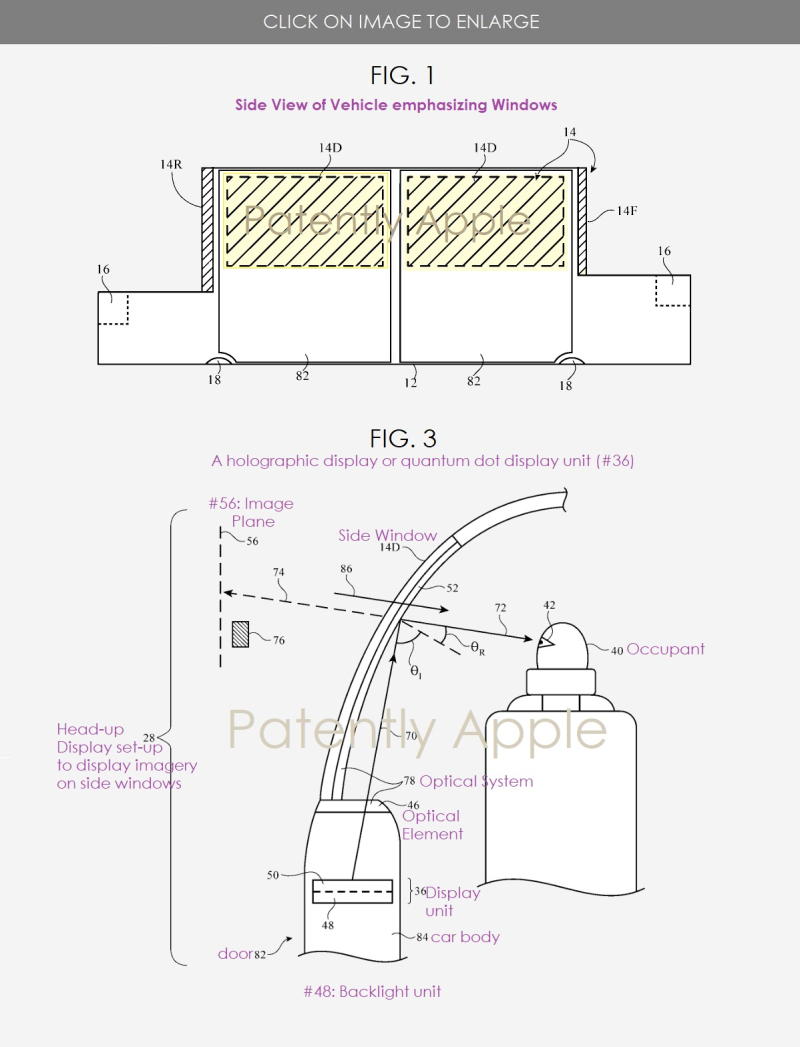 To dive deeper into the finer details of this invention, review Apple's granted patent 10,866,414.