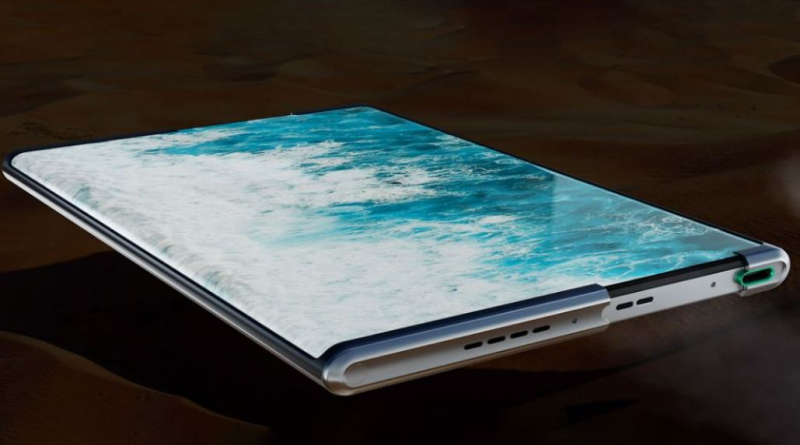 In mid-November Patently Apple posted a report titled "Chinese Smartphone Vendor Oppo Surprised the Market in their Keynote Event by Introducing a Scrollable Smartphone for 2021." The report noted that Apple has a number of scrollable/rollable smartphone patents on record (01, 02, 03 and 04) as does Samsung (01, 02, 03 and 04). Most have been portrayed awkwardly in patents resembling ancient scrolls. Our cover graphic illustrates that Oppo X smartphone in its expanded mode.

It was certainly a surprise to learn that Oppo is likely beat Samsung and Apple to market with a scrollable smartphone aimed for next year.

Perhaps the bigger surprise is that we're now learning that LG is planning to introduce a scrollable device of their own that may beat Oppo to market sometime possibly in H1 2021.

It's being reported in S. Korea today that LG Electronics has decided on LG Rollable (tentative name), Rainbow, and LG Q83 to be part of the smartphone lineup for the first half of 2021.

Its strategy is to take the leadership in next-generation smartphone form factors by becoming the first smartphone manufacturer to apply rollable display and also secure practical interests through premium and budget smartphones.

A second smartphone will reportedly be branded the "LG Rollable," which will be the second product of the company’s Explorer Project. It will be able to stretched out to 7.4 inches from 6.8 inches. Oddly the report didn't provide the expandability of the main LG Rainbow model.

Field tests by South Korean telecommunications companies will take place at the end of this month or early next month. LG Electronics will decide on the release date of “LG Rainbow” depending on results from field tests.

Thinness and light weight are the main advantages of LG Rollable over foldable smartphones. LG Rollable also does not leave any wrinkle on the screen that has negative effect on immersive experience.

One high-ranking official from a telecommunications company said on December 13 that both the feeling of holding LG Rollable and the product’s usability when the screen is stretched out feel better than that of foldable smartphones and that it is a plus that the product does not cause any wrinkle or deformation on the display.

LG Rollable is an important product that will determine LG Electronics’ smartphone business’s fate in the future. Although a Chinese brand introduced a prototype for rollable smartphone before LG Electronics, LG Electronics is seen to be at the top when it comes to knowhow in production process and level of completion as it has been working on the technology for a long time.

LG is a prime Apple supplier and should their scrollable smartphones prove successful, LG could attempt to get Apple to use their scrollable displays should Apple wish to enter this segment of the market in the future as their patents have suggested.

The S. Korean report presented a high-end graphic from "LetsGoDigital" as shown below to illustrate what the LG device could look derived from past patent figures. Jermaine Smit is the 3D animator which delivers exceptional renderings for LetGoDigital. 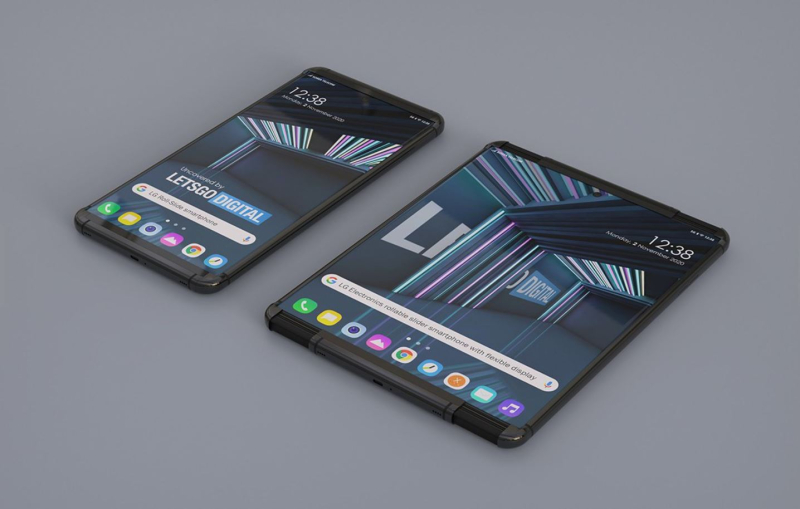