Home Archives Contact Us Subscribe Twitter MeWe Facebook Patently Mobile
A new Apple Glass Patent Describes some of the benefits of AR Glasses and use of Hand Gesturing to control a UI and more
While Apple is likely to Adopt Wi-Fi 6E for iPhone 13, Samsung may Introduce it First on their Galaxy S21 Ultra in January 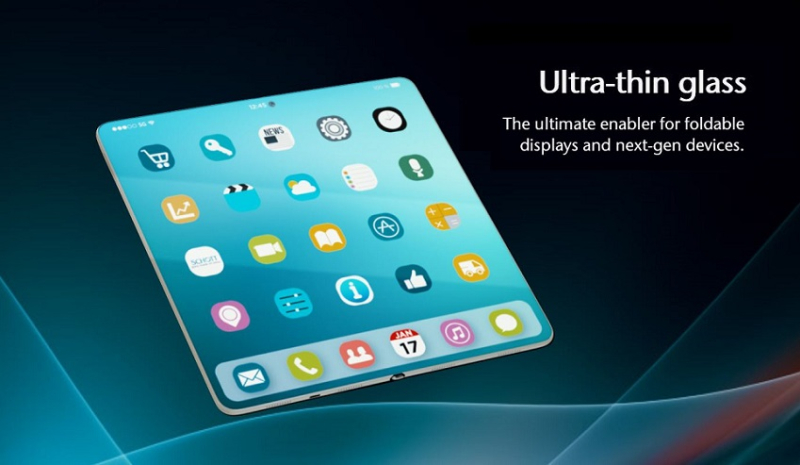 In September Patently Apple posted a report titled "Samsung is beginning to work with Corning's Ultra Thin Glass Substrates for future Galaxy Fold smartphones." The report noted that Samsung Electronics had partnered with Corning in developing its own "foldable glass." Using Corning’s glass substrate, it will look to develop cover glass for foldable smartphones that can be better bent and folded. They have established a partnership in order to materialize "ultra-thin glass (UTG)" that is a key material for cover window used for foldable smartphones.

Last week The Elec reported that a Corning spokesperson stated that the company is now in the final stage of developing its new cover glass designed for foldable devices that will be commercialized in 2021.

Samsung is likely to be one of the first company to use Corning's technology, though it's currently in an exclusive contract with Germany's Schott. Samsung is reportedly attempting to build its own supply chain by procuring glass substrates made by Corning on its own.

On another front, Samsung Electronics’ mobile business has also finished testing laser cutting for ultra-thin glass. The method is considered superior to Dowooninsys’ wheel cutting method. When this form of laser cuts on the folded glass when come to market wasn't mentioned in the report. Dowooninsys is a Samsung Display’s subsidiary

As for Apple: In mid-November a rumor surfaced about Apple preparing a folding device for late 2022. Apple is reportedly determining which display type to be used in their first foldable device and testing various components.

Should Apple decide to go the route of introducing a folding device over a dual display or scrollable display device, Apple is likely use Corning's cutting edge folding glass, as Apple has a long standing relationship with Corning.