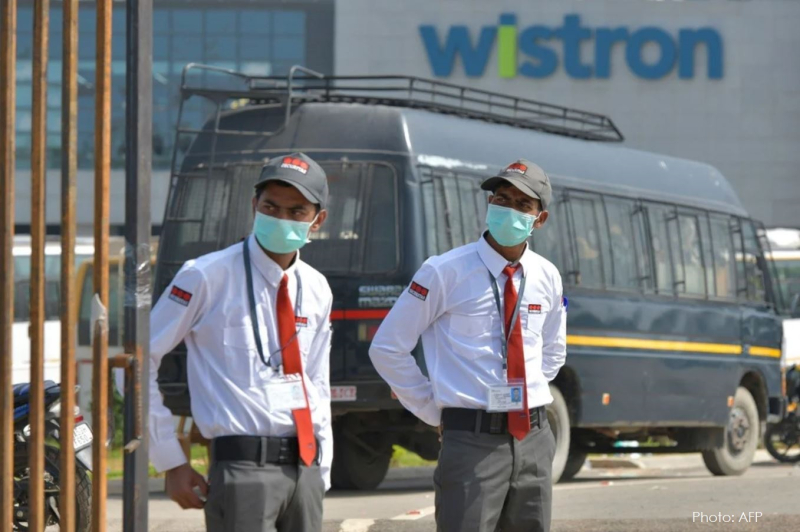 On Saturday Patently Apple posted a report titled "Riots Broke out at a Wistron iPhone Plant in India today over wage issues." Today we're learning that Apple has made a statement that it is investigating if its Taiwanese contractor Wistron Corp flouted supplier guidelines at a violence-hit iPhone manufacturing facility near the Indian city of Bangalore.

Wistron is one of Apple’s top global suppliers. In India, it makes iPhone 7 handsets and second-generation iPhone SE devices.

Police have arrested 149 people over the violence, a senior police officer said.

Apple said it was dispatching additional staff and auditors to the facility.

Apple statement read: “Our teams are in close touch with the local authorities and we’re offering our full support to their investigation."

Apple demands its suppliers provide safe working conditions, treat workers with dignity and respect, act fairly and ethically, and use environmentally responsible practices wherever they make products or perform services for the company.

According to SCMP, Wistron said in a statement to the Taiwan Stock Exchange: "The company always abides by the law, and fully supports and is cooperating with relevant authorities and police investigations." Wistron added that it was "deeply shocked" by the violence, which it blamed on "unknown persons … with unclear intentions."

The Taipei Times added in their report that "Wistron said the incident was not a strike, but rather a criminal incident, as the factory was targeted by criminals.

The rioters were outsiders, not factory employees, a Wistron representative said, adding that the Indian government was also investigating the incident.

Some office furniture at the factory was damaged, but equipment on the main assembly lines and the warehouses remained intact, the representative said.

Another video surfaced over the weekend as presented below.

This is Class War.

Workers allege they have not been paid properly. pic.twitter.com/UkqInEg8wk

Private security guards now stand at the entrance of the Taiwanese-run iPhone factory at Narsapura on Sunday. 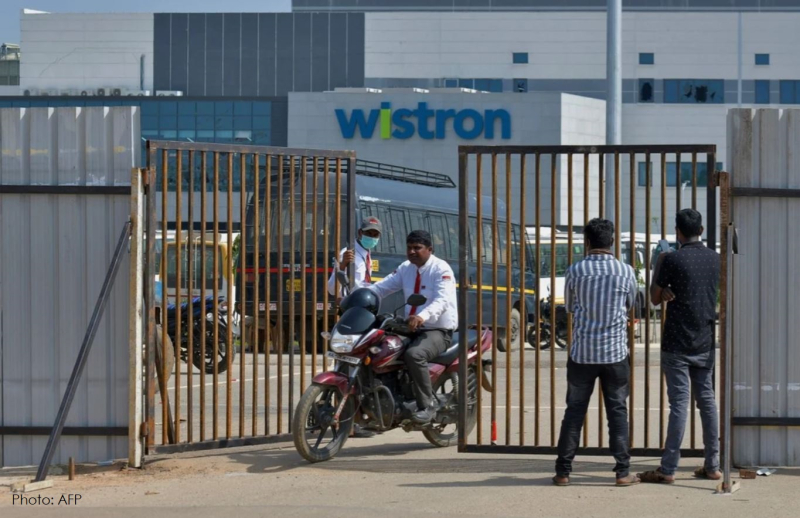 Authorities vowed to crack down on workers who went on a violent rampage at a Taiwanese-run iPhone factory in southern India. Other CCTV cameras revealed fans and lights were torn down, while a car was set on fire.

Over the weekend the deputy chief minister of Karnataka state, C.N. Ashwathnarayan, called the violence “wanton” and said his government would ensure that the situation is "resolved expeditiously." He added that "We will ensure that all workers’ rights are duly protected and all their dues are cleared."

A local trade union leader alleged that there was "brutal exploitation" of factory workers in sweatshop conditions at the iPhone manufacturing plant.

The factory employs some 15,000 workers, although a majority of them are contracted via staffing firms, according to local media.

The country’s parliament in September passed updated labor laws that the national government said would strengthen their rights, but labor activists say the new legislation makes it harder for workers to strike.

While the timing is coincidental, a news report by The Information surfaced last week about Apple turning a blind eye to supplier breaches of Chinese labor laws. Apple now wants to make it very public that they are investigating the incident at Wistron's Indian iPhone Plant.