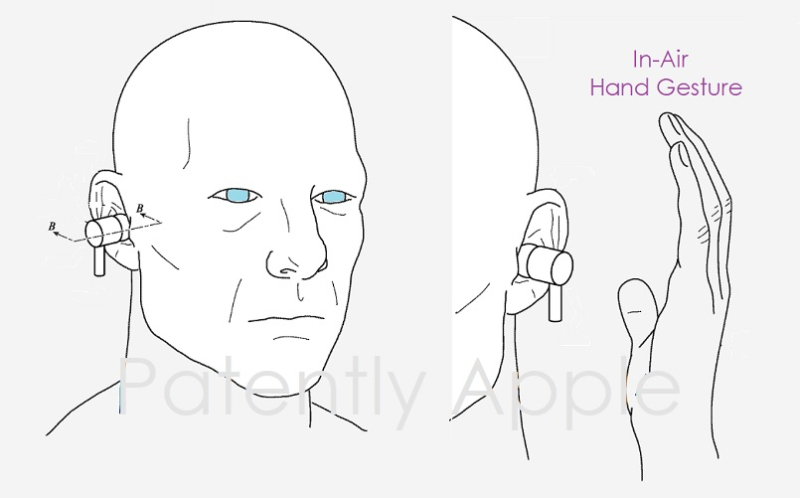 In late August Patently Apple covered a granted patent relating to future AirPods Pro being able to accept in-air input gestures as presented in our cover graphic from that patent. Today the U.S. Patent and Trademark Office officially granted Apple a second AirPods Pro patent relating to new input methods. This time Apple is researching ways of using a next-gen "through body" sensor system that would allow a user to touch their face in such a manner that it would be interpreted by AirPods Pro as a control request.

Input actions may further include a user moving a body part, such as moving (e.g., shaking) his or her head, moving his or her hands, arms, legs, and so on. 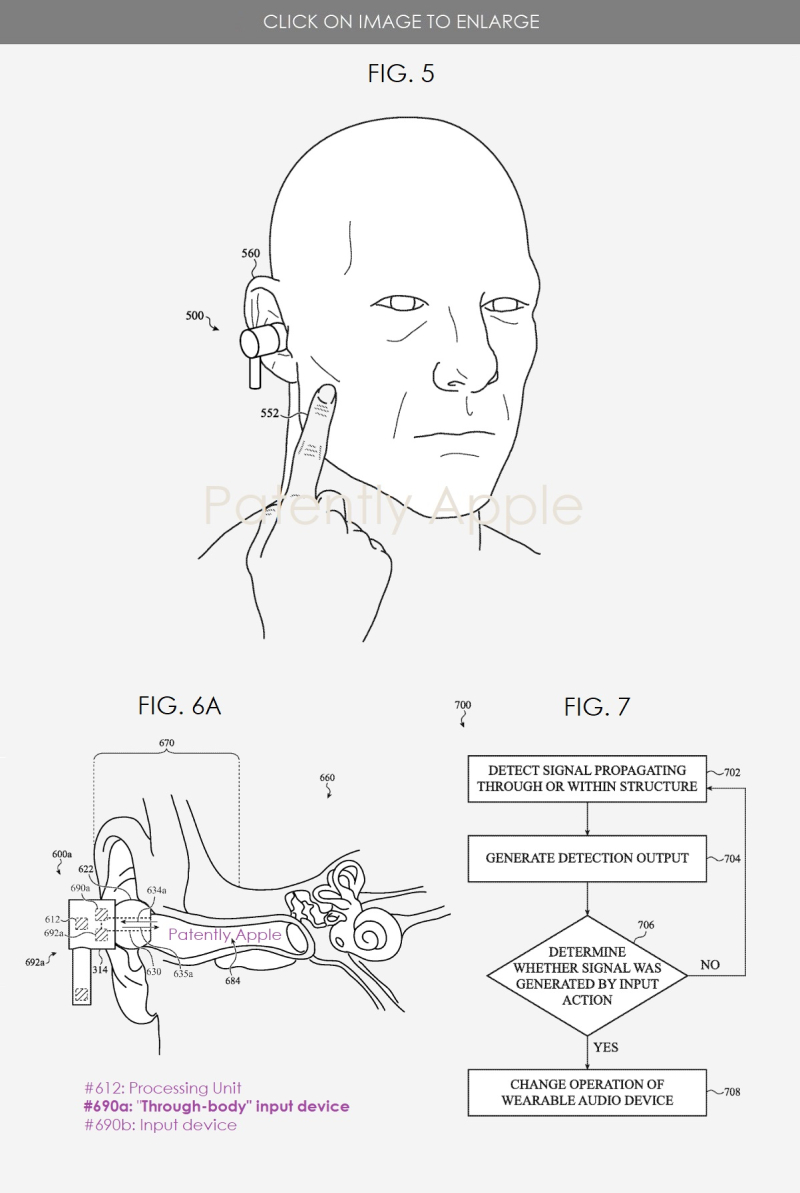 Apple's patent FIG. 6A above depicts a cross-sectional view of an ear (#660) of a user and embodiments 600A-C of a wearable audio device. FIG. 6A shows a through-body input device 690A operably coupled to the sealed passage 630, and thereby coupled to the ear canal 684.

An input action corresponding to a user contacting his or her own body may cause an acoustic signal to propagate through or within the user's body, and a microphone coupled to the user's ear canal 684 or otherwise coupled to the user's body may detect this acoustic signal. The processing unit 612 of the wearable audio device 600A (or another processing unit of an associated electronic device) may analyze or otherwise process this signal to determine that it was generated by an input action.

Apple's patent FIG. 7 above illustrates an example process 700 for changing the operation of a wearable audio device in response to receiving a signal generated by an input action.