It's been a busy year for Apple patent-filings covering under-display Touch ID (01, 02 and 03) with Apple being granted one such patent in September. Today the US Patent & Trademark Office published a patent application from Apple that reveals their work on yet another methodology of implementing Touch ID under the display of future iPhones, Macs, TV screen and more.

The challenges facing the optical fingerprint sensor include consistency in performance over time, as the glass-air interfaces are not stable enough for small area matching. On the other hand, the large-area sensors using complementary metal-oxide-semiconductors (CMOSs) are not cost-effective. Separation of different reflection rays at various angles is another challenge, as many illumination patterns have to be used to separate the reflection rays, which leads to a long (e.g., a few seconds) image capture time.

In one or more implementations, the optical layer is used to enable the angle-focused FOV filtering of the reflected light, and in this case the optical elements are designed to bend incident rays, as explained in more detail herein. The optical layer may be a multilayer optical structure including multiple microlens layers. The light-emitting layer can be an organic light emitting diode (OLED) display. The pixelated image sensor can be a thin-film transistor (TFT)-based organic imager.

In some implementations, the filter layer is a fiber optics plate including a collection of optical fiber films bundled with an opaque separator material and is configured to achieve a narrow FOV of approximately +/-3 degrees. The surface touching the transparent layer can be a surface of a human finger including ridges and valleys. The filter layer can eliminate reflections resulting from angled illumination of walls of valleys. Most Chinese OEMs will be adopting under-display fingerprint ID by 2021 and leaker Ice Universe is predicting that Samsung's Galaxy S21 will offer a new version of their fingerprint recognition sensor at the bottom of the Galaxy S21 screen that will cover an area of ​​8×8 mm, while the previous Galaxy S20 and S10 are 4×9 mm, an area increased by 77%. At the same time, its fingerprint reader is twice as fast as the technology used by Samsung this year, and users will unlock faster. You only need to tap it instead of a long tap, which will reduce the number of failed unlocks. Greatly improve daily usability.

Whether Apple will choose to use a fingerprint button on a future iPhone that is similar to the new iPad Air or choose to go the under-display route in the future is still unknown. 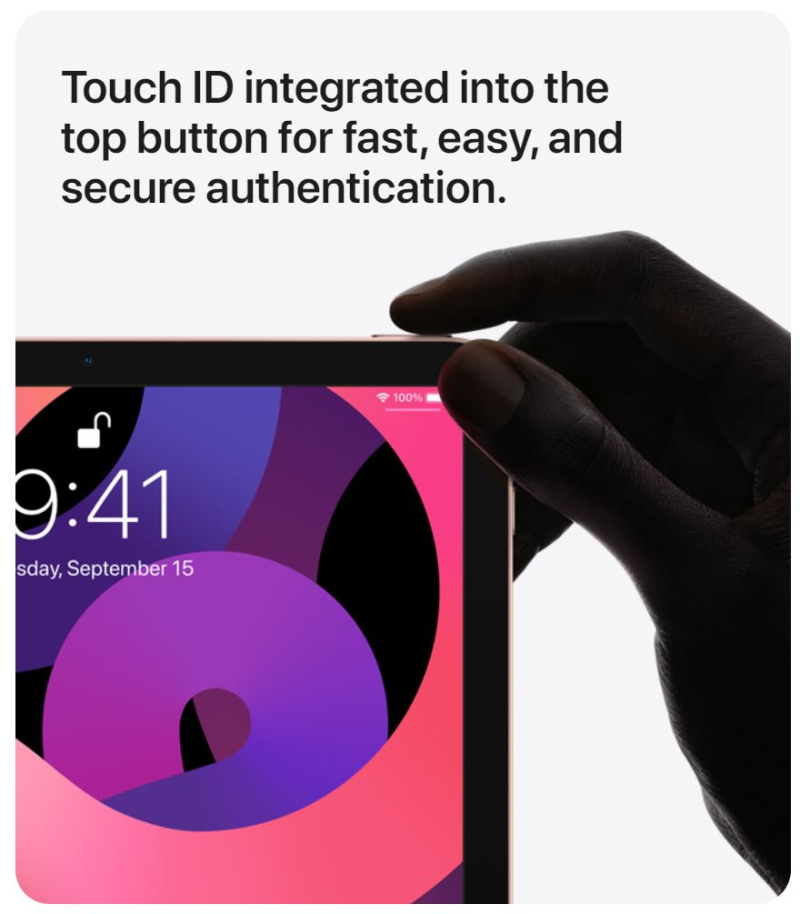 Apple's patent application number 20200387684 that was published today by the U.S. Patent Office was filed back in May 2020. To review this very technical patent for details, click here. Considering that this is a patent application, the timing of such a product to market is unknown at this time.