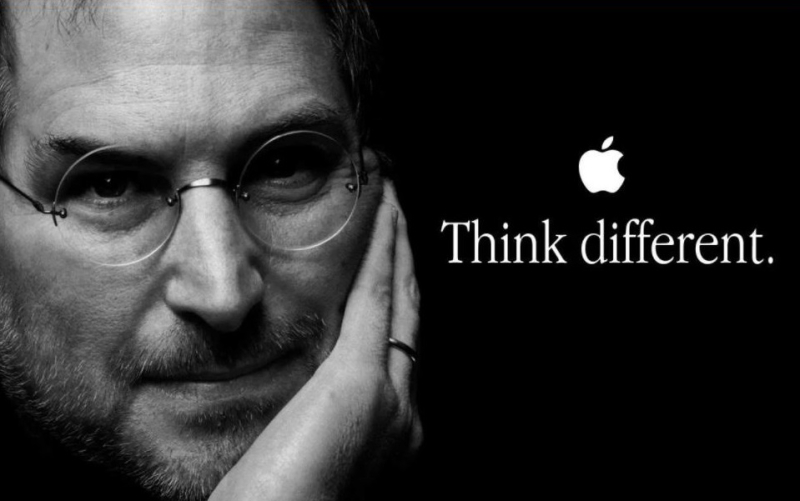 Apple's trademark application 018355809 presented above is the first of four that were filed in Europe. The others were numbered '804, '813 and '817. Below is  the graphic image provided by Apple in their filing for the figurative version of the trademark.

Why were there four trademark filings for the same figurative Think Different Trademark? Because Apple filed each of their applications under a different International Class to better protect the image legally.

The class details were "hidden" on Apple's European filings. Three of the classes however were detailed in Apple's Hong Kong trademark filings as follows: 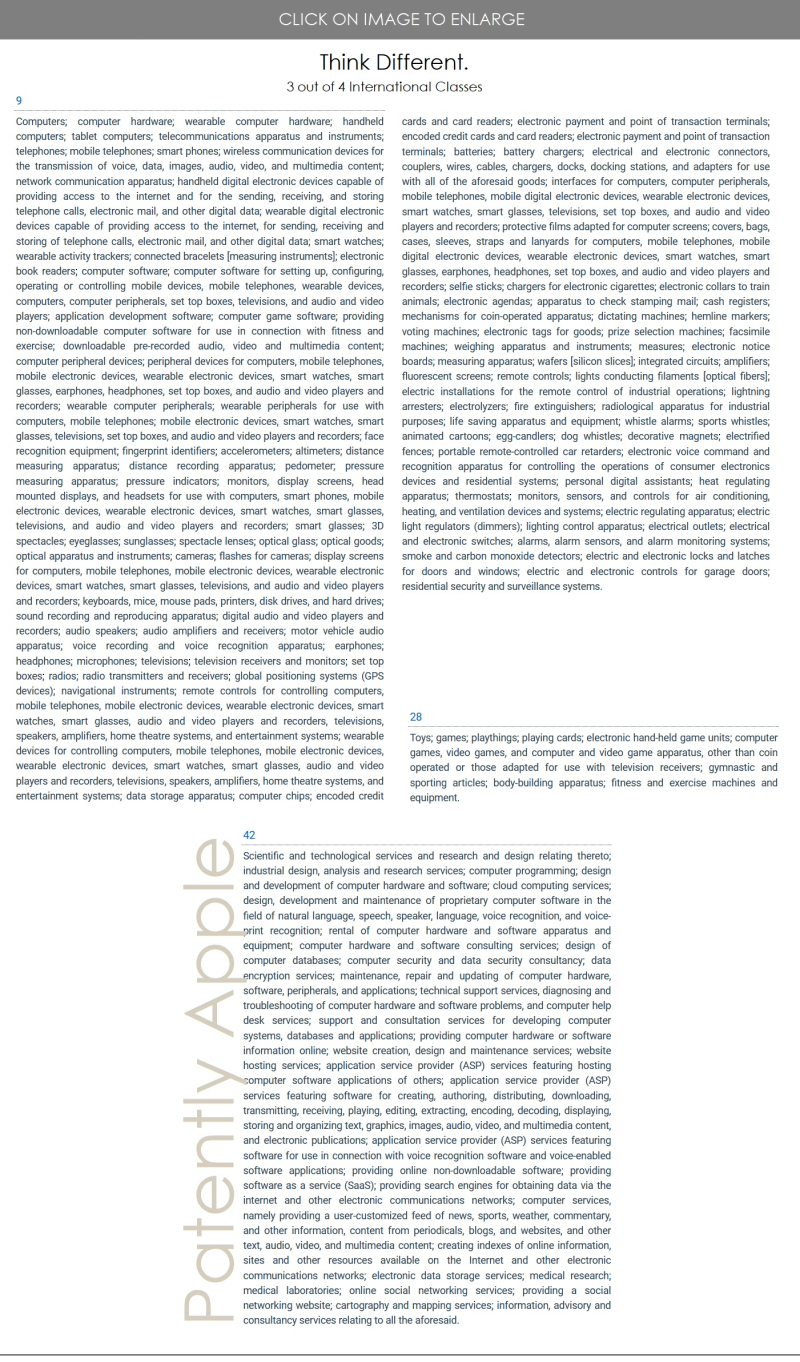 The fourth trademark class not detailed was Class 14, which  basically covers "Precious metals and their alloys; jewelry, precious and semi-precious stones; horological and chronometric instruments."

For the record, Apple filed the "single" trademark application 305480307 in Hong Kong, instead of breaking them down individually as they did in Europe.

Below is one page of the original August 29, 1997 trademark filing for "Think Different" which didn't originally have a "dot" at the end of the text as it does in Apple's figurative version of the trademark. 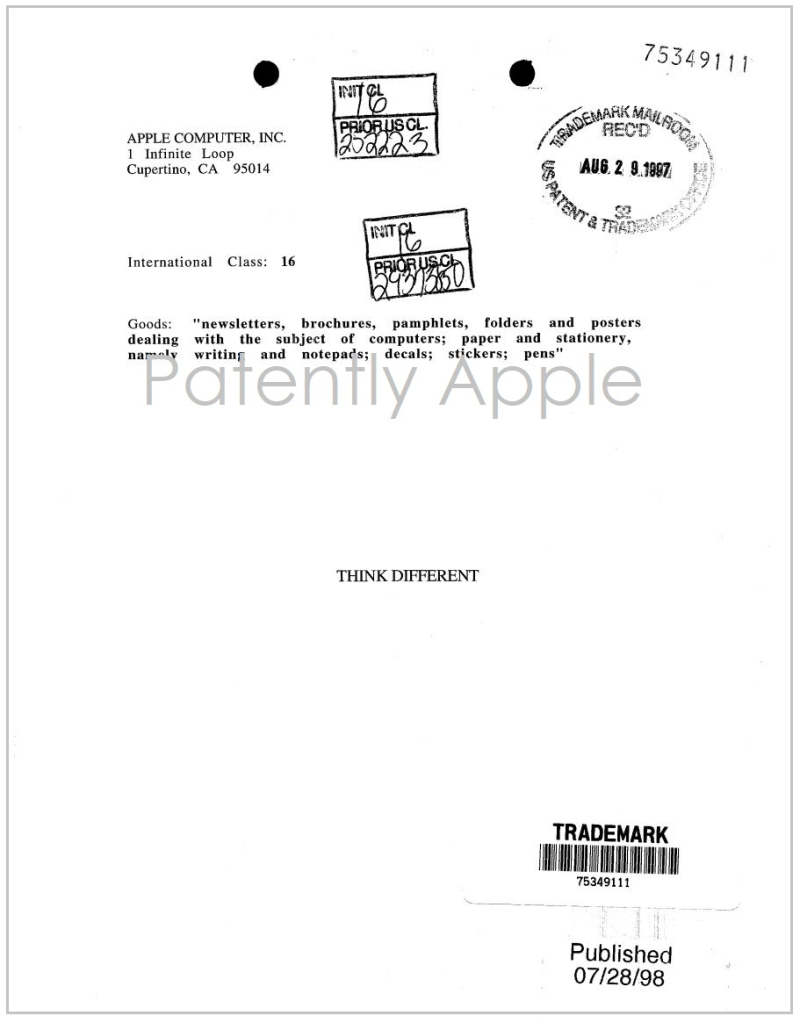 The original trademark application showed that it was filed under the single classification 016 which covered "newsletters, brochures, pamphlets, folders and posters dealing with the subject of computers; paper and stationary, namely writing and notepads; decals, stickers; pens," according to the USPTO document.

In June 2010 Apple "Think Different" became a Registered Trademark under 3,803,176 covered under 009. The list of hardware under 009 was much shorter at that point in time compared to the current filings and included older technologies such as "MP3 and digital audio players, Computer software for protecting, restoring and recovering data," and so forth.

Apple's most dramatic update to the text-only version of "Think Different" was made in 2016 and covered in our report titled "Apple Updates their 'Think Different' Trademark that Inspired a Mobile Revolution that Changed the World." Apple filed that trademark under International Classes 09, 14, 28, 35, 36, 38, 41 and 42.

Apple's latest applications cover the figurative version of "Think Different" trademark. Apple has significantly updated the verbiage that covers hardware and software in class 09 to  include such things as computer software for fitness and exercise and computer game software. It also covers possible future devices such as smart glasses, 3D spectacles, eyeglasses, sunglasses; optical goods; televisions, fingerprint identifiers and much, much more never listed before in conjunction with this trademark.  See our expandable graphic above for further details.