Yesterday Patently Apple posted a report titled "Apple's iPhone Devices Dominated Christmas Day Activations in the US by a Landslide Winning 9 out of 10 Spots. So it stands to reason that App Store purchases for the holidays would be dominated by Apple as well. A report published this week by SensorTower provides us with the data to prove that out.

On Christmas day, consumers around the globe spent an estimated $407.6 million across Apple’s App Store and Google Play, according to preliminary Sensor Tower Store Intelligence estimates. This figure represents 34.5 percent year-over-year growth from approximately $303 million in 2019, and is nearly 17 points higher than the growth experienced last year when spending grew 17.7 percent Y/Y. 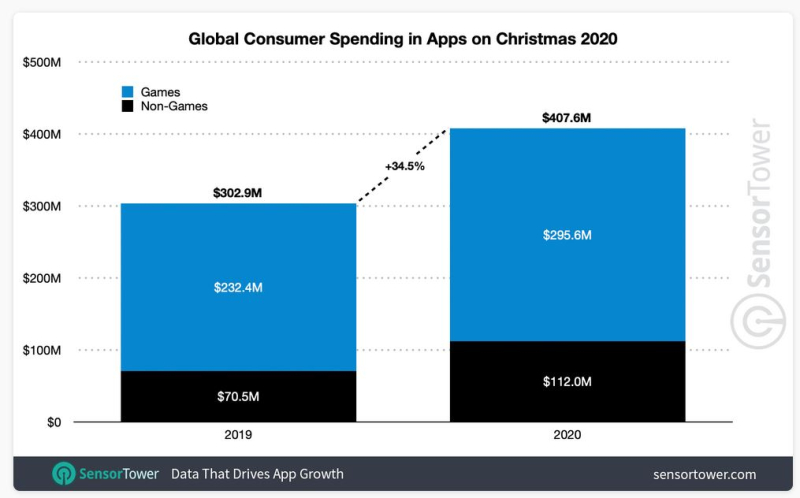 As in previous years, Apple’s App Store captured the bulk of the spending between the two platforms on Christmas day. It saw 68.4 percent of the spending, or $278.6 million, up 35.2 percent Y/Y. Google Play saw $129 million in revenue, up more than 33 percent Y/Y. 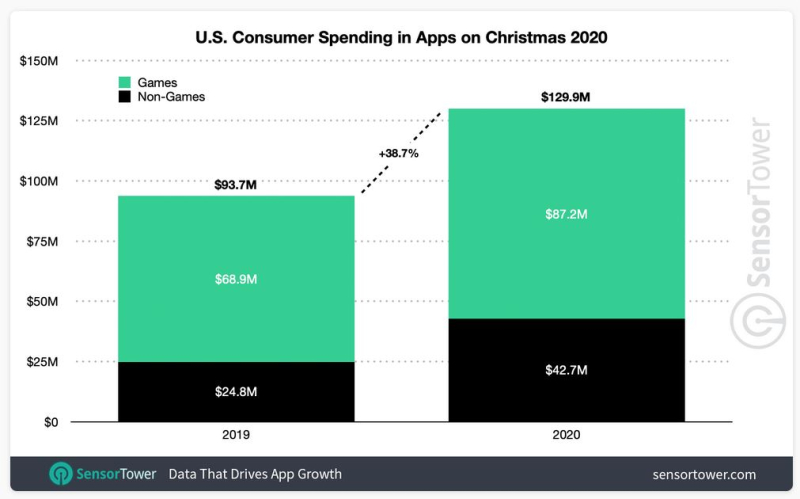 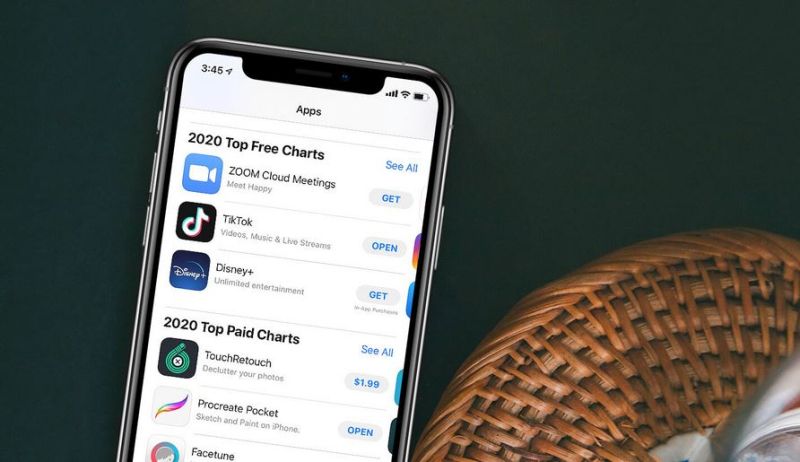 SensorTower posted another interesting report last week titled "2020 Year In Review: 10 Mobile Milestones." Their report showed that the mobile market had reflected many of the shifts in lifestyle and consumer interest throughout an unprecedented year. The ten Milestone that they outline includes: