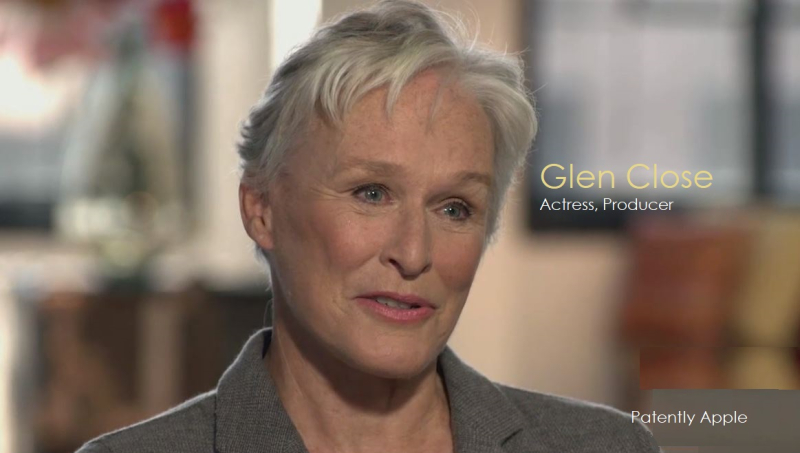 In February Patently Apple posted a report titled "Oscar Winner Mahershala Ali to Star in new Apple TV+ Movie titled "Swan Song" that is Slated to begin Shooting this Spring." The report noted that plot details were scarce but Song has been described as "genre-bending" and "layered." Set in the near future, the film explores how far someone will go, and how much they’ll sacrifice, to make a happier life for the people they love.

Today we're learning from Deadline that veteran actress Glen Close will be joining the cast of Swan Song. Close will play a head scientist at a facility.

Benjamin Cleary, also an Oscar winner for his short film Stutterer, wrote the screenplay and is directing the pic. For more, read the full Deadline report.