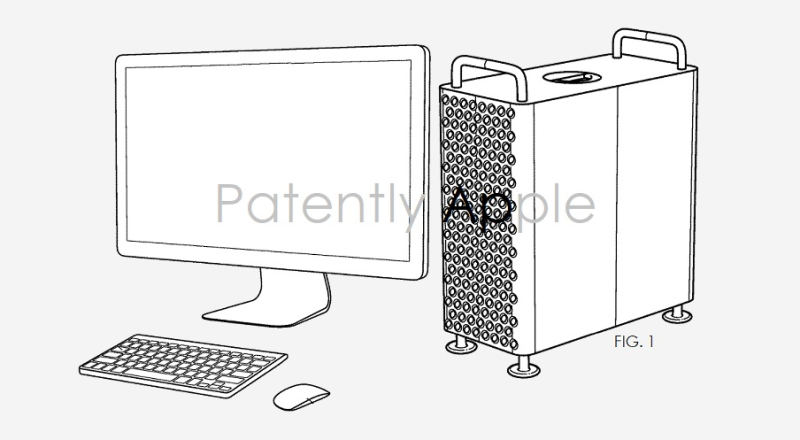 Patently Apple has covered several patents covering Apple's Mac Pro desktop starting with one emphasizing its tubular design, with another covering a straight design patent, and yet another covering their Pro Display XDR stand mounting system and Mac Pro Rack Mount. Today the US Patent & Trademark Office published a patent application from Apple that relates to the Mac Pro's tower architecture.

Apple's invention relates to the Mac Pro tower desktop that defines an internal volume. The Mac Pro can include computing components within the internal volume, such as processors, circuit boards, memory, power supply units, and/or drives.

The patent in many ways focuses on the Mac Pro's air-flow system which is referred to as both an "air-moving" system and "air-moving apparatus."  Apple describes part of the air-moving system or apparatus 16 times in patent's 20 claims.

The component can substantially fluidically isolate the first and second volumes, except at one or more apertures defined by the component, through which the volumes can fluidically communicate.

Accordingly, the components of the Mac Pro can have an arrangement and cooperate such that airflow pathways into, through, and out of the tower provide for a desirable amount of heat distribution and removal, while maintaining a compact and efficient spatial arrangement and without producing undesirably high levels of noise.

In contrast, traditional components for electronic devices, such as housings and circuit boards, as well as traditional arrangements of these components, can produce airflow pathways that do not promote the efficient redistribution or removal of heat from the device. Typically, multiple fans are housed within an electronic device to move relatively cool air from the ambient environment into the device, where the air can be heated by the components of the device and then expelled back into the ambient environment, away from the device.

The components and their arrangement within an internal volume of a typical electronic device can create airflow dead spots within the internal volume. That is, there can be locations in the internal volume where the airflow is insufficient to adequately remove heat from the device. These dead spots can be caused by the spatial arrangement of the components within the electronic device, or by canceling interference between airflow from competing fans. Accordingly, these dead spots can demand additional or more powerful fans to be incorporated into the device to achieve a desired level of performance.

Accordingly, it is desirable to design and arrange the components of an electronic device to produce airflow pathways that can effectively remove or redistribute heat in the electronic device without the need for a significant increase in the internal volume of the electronic device or for a high powered and noisy air-moving system, for example by including an undesirably large number of fans. 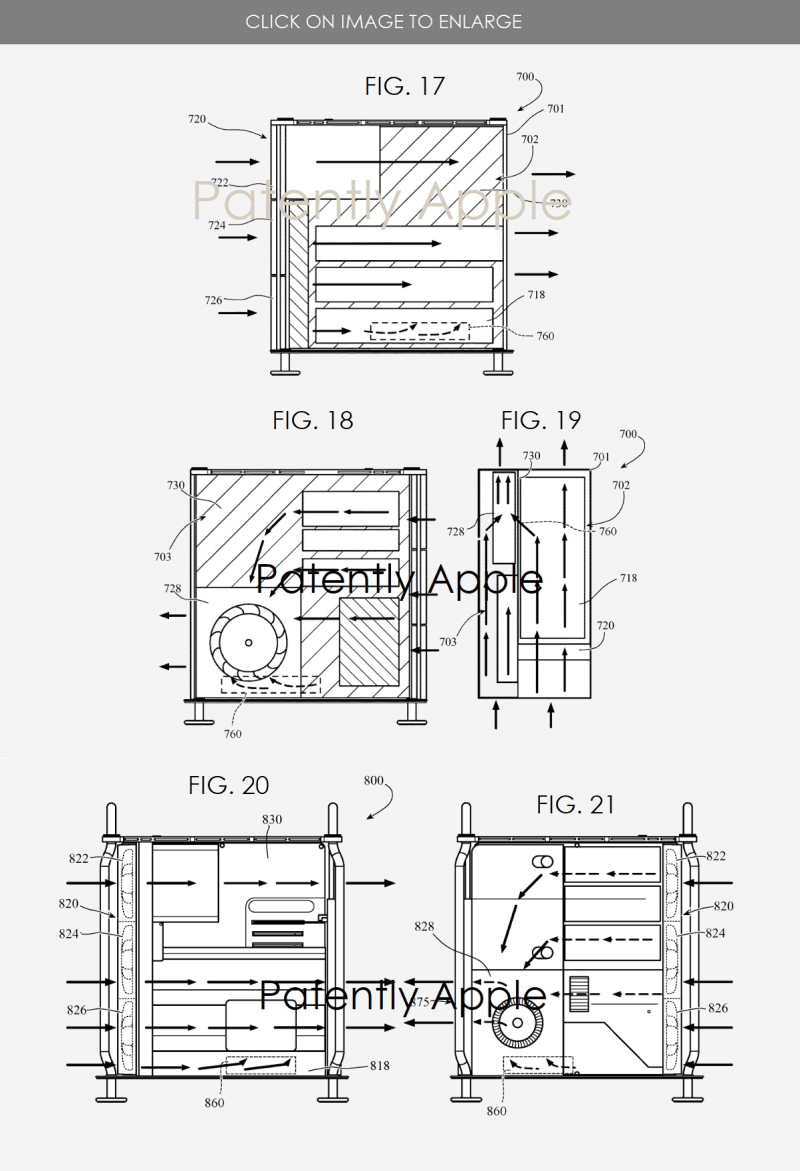