There was a lot of initial excitement behind Samsung's Galaxy Fold smartphone when it first arrived. Then came the nightmare reviews showing that the display was way too fragile, that it was buckling badly and even tearing. That was an instant buzz-kill and consumers stayed away. At the price of two durable iPhones, the leap to a folding phone was worth it.

This year Microsoft introduced the first generation of the Surface Duo and as far as the hardware goes, critics hailed it as the best folding device with the best hinge, being light and so forth. Software bugs and a lack of native software taking advantage of the device's split screen, it's likely to be a tiny niche in the smartphone world for 2020. It'll only get better for 2021.

Then came news of the "Oppo X 2021" scrollable display based smartphone. A new form factor that has potential of attracting consumers who like the idea of a folding phone to expand the display but had the fold mark in the display and the bulk. The new smartphone comes to market next year.

Samsung does indeed have a few patents on a scrollable smartphone (01, 02, 03 and 04) and they'll likely jump into action if the Oppo X takes off late next year.

Yet, for now, Samsung is already preparing for the Galaxy Fold3. We reported just days ago that the next-gen Galaxy Fold3 could introduce under display cameras.

For now at least, Samsung remains enamored with folding phones. We posted a report on this last month titled " New Samsung Patent Filings Reveal Larger Tri-Panel-Like Foldable Devices with Dual Hinges may be on the Horizon." Now a second patent supporting this invention surfaced at the U.S. Patent Office with patent figures from the patent presented below. 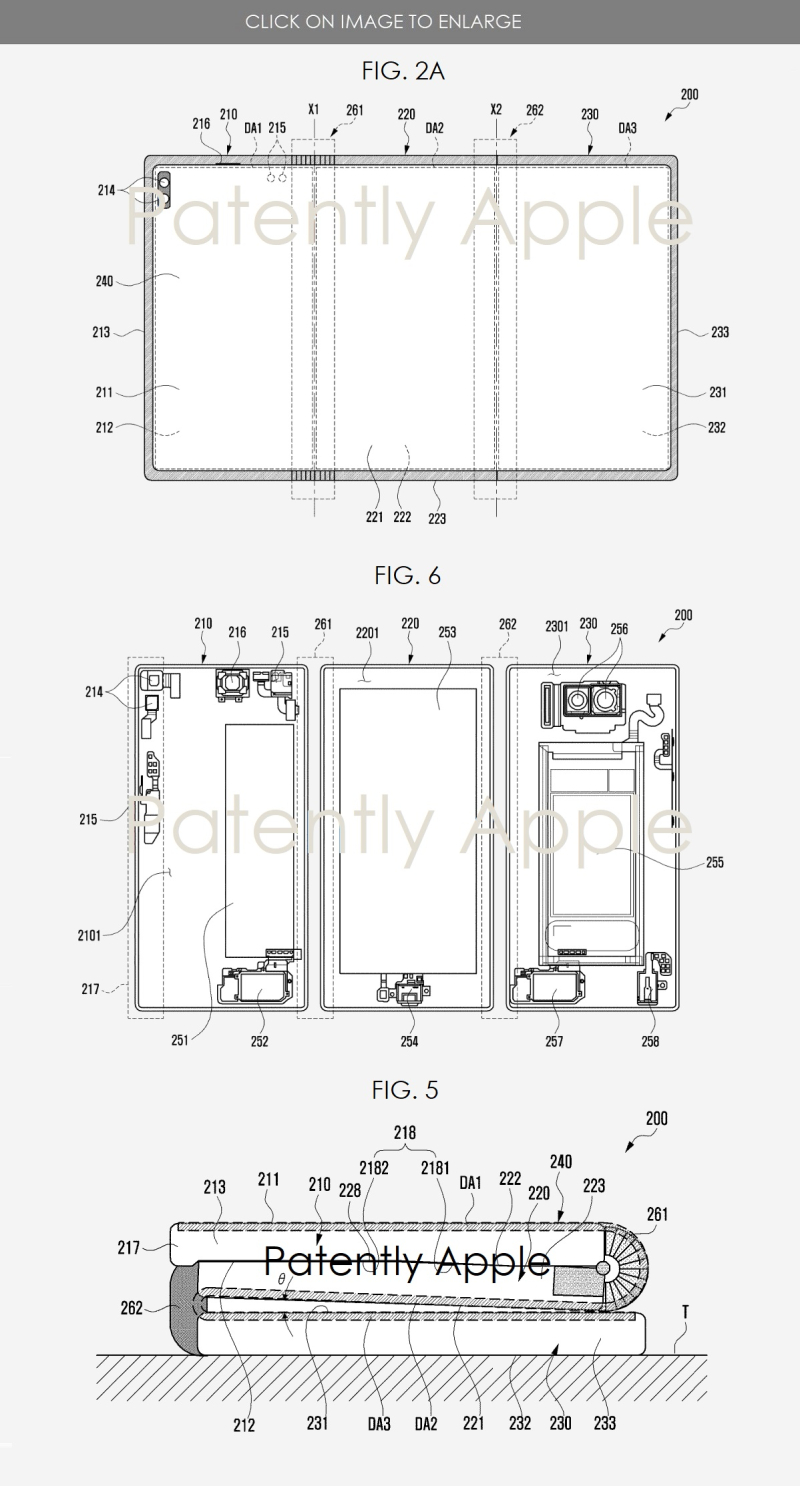 Unless Samsung can dramatically reduce the bulk of their folding phones, a tri-fold version seems to be a waste of time. Though Samsung is bent on this form factor, so we'll see if they could make it viable over time.

Earlier this month Patently Apple posted a report titled "A new Rumor Claims that Apple is working with Several Supply Chain Partners in Preparing for Future Foldable Devices." It's unknown at this time whether Apple is working on a device with dual displays with a middle hinge or a single large display design that folds over.