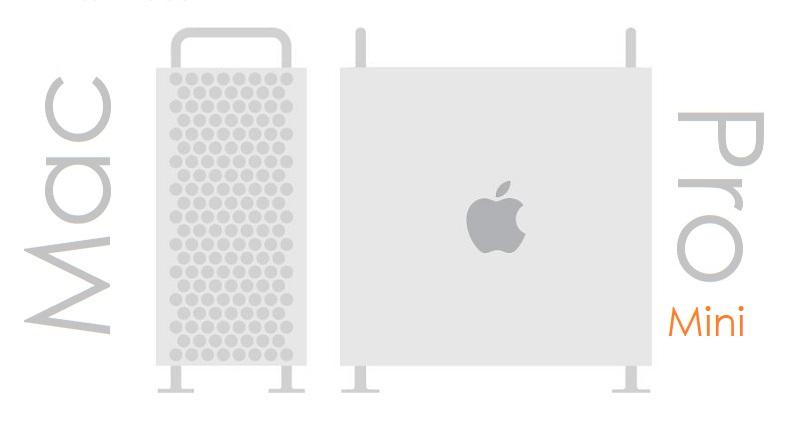 Earlier today we reported that Apple will be introducing a new MacBook and other Apple products powered by new processors branded 'Apple Silicon.' A new report this afternoon claims that while Apple is already at work on a redesigned iMac, the company’s all-in-one desktop, they're also working on a new Mac Pro model, Apple’s highest-end desktop that smaller. Apple is familiar with using "mini" with iPhone and iPad and so it extending to the Mac Pro will only seem natural.

The new Bloomberg report further noted that "Apple engineers are currently developing a new Mac Pro that looks like the current design at about half the size. It’s unclear if that Mac will replace the current Mac Pro or if it’s an additional model. Apple’s chip designs could help the company reduce the size of its computers due to increased power efficiency, but the current Mac Pro is large, in part, to fit components like additional storage drives and graphics chips."

If Apple wants to keep the U.S. plant making the current Mac Pro busy, then a mini version of the their Mac Pro may be what's needed to make it more practical for independent pros that don't quite have the budget for the current Mac Pro and Pro Display XDR. For more on this story, read the full Bloomberg report.