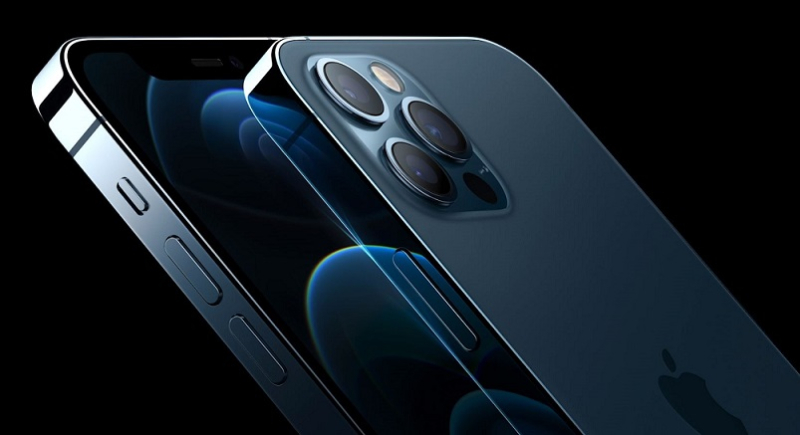 Days ago Patently Apple posted a report titled "Apple is increasing VCSEL chip orders due to Strong iPhone 12 Pro Demand." The report noted that "Demand for the iPhone 12 Pro has been so strong, especially in the U.S., that delivery lead time from manufacturers has had to be extended. In addition, Apple is set to increase orders for VCSEL chips supporting the iPhone 12 Pro's ToF-based LiDAR scanner for immersive augmented reality (AR), according to sources at Taiwan-based supply chain makers."

In a second post in October we reported that "Indications are that the pre-order buying momentum has been the best since the iPhone 6 back in 2014, and is expected to be the hottest new smartphone in the past six years.

Today a new research report continues to support this hot trend. Counterpoints stated today that the new iPhone 12 and iPhone 12 Pro have now been selling in the US since October 23 and carriers are finally seeing more traction compared to the initial launch days.

Research by Counterpoint have found the following early-day trends:

The Counterpoint report notes that demand for Apple's new iPhones isn't a big surprise but should nonetheless be mentioned. Despite COVID-19 and still over 7.75 million people receiving unemployment benefits, stores are seeing greater interest by consumers compared to the iPhone 11 launch.

There is a three-fold mix of reasons for this. 5G is becoming more of a pull for many consumers. All three carriers are now claiming nationwide 5G coverage. Carrier promos and deals are also helping since many consumers (both switchers and upgraders) are able to get a new iPhone 12 for free with select trade-ins.

Lastly, the improved camera, A14 Bionic processor and increased base memory capacity, all are providing strong reasons to upgrade for many iOS users. This is true for both older generation iPhones (6,7,8 series) and newer iPhone X and 11 series owners.

According to Counterpoint, carriers are driving customers to their websites to purchase devices. We estimate that iPhone sales went over 70% online during this initial launch phase.

AT&T stores have an automatic message telling people to go online to order a new iPhone since reps cannot take orders over the phone. Apple asked consumers to not stand in lines on the opening day of the launch. To keep consumers and Apple employees safer, the company asked consumers to order online or order online and then pick up in-store at a certain time to help stores comply with COVID-19 safety procedures.

As noted with every iPhone launch, Apple has been keeping stock of higher-end devices for itself. Carrier store representatives are quoting delivery of the iPhone 12 Pro models by mid- to end-November.

iPhone XR and iPhone SE see slowdowns: It is not uncommon for iPhones to see slower sales during the lead-up to a new launch, which is what happened with the iPhone XR and SE. However, with the first week of sales for the iPhone 12 behind us, we are seeing increased weakness of the iPhone SE.

The iPhone SE 2020 did not get a price drop, and with the new iPhone 12 Mini coming out, some people who want a smaller iPhone are waiting to get the iPhone 12 Mini."

Although Counterpoint isn't able to clarify iPhone 12 Pro demand, the supply-chain news that Apple is set to increase orders for VCSEL chips supporting the iPhone 12 Pro's ToF-based LiDAR scanner for immersive augmented reality (AR), tells us that Apple could have underestimated demand for their Pro model and is ordering the key components to keep pace with demand.