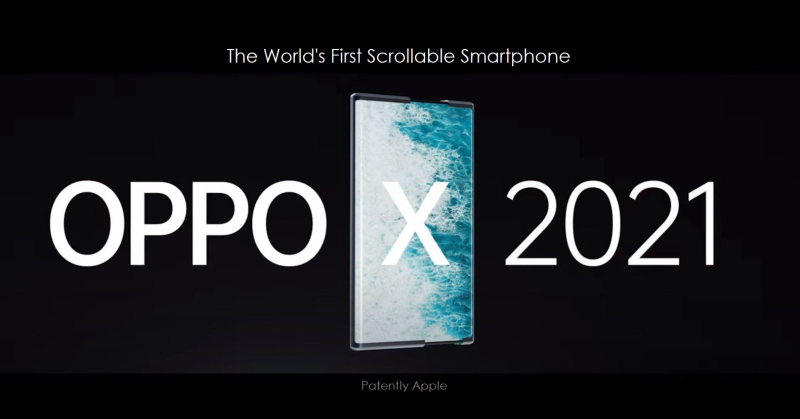 Mobile industry players are currently attempting to find new form factors for smartphones and tablets in the hopes of getting the leap over some of leading brands like Apple and Samsung. Knowing this, Samsung is being aggressive with their Galaxy Z Fold2. Though currently it's still too bulky when you consider that Microsoft's dual display smartphone branded the Surface Duo, is vastly lighter, thinner and cooler.

Yet there's another form factor on the horizon that may be more practical, at least in theory. It's the scrollable smartphone and one smartphone company is reportedly bring this to market in 2021.

Connecting the design to a modern smartphone has been a little difficult. Samsung's patent figures shown below have been some of the only ones that capture what a scrollable smartphone will be able to provide users with; a smartphone that's expandable to being a mini tablet. 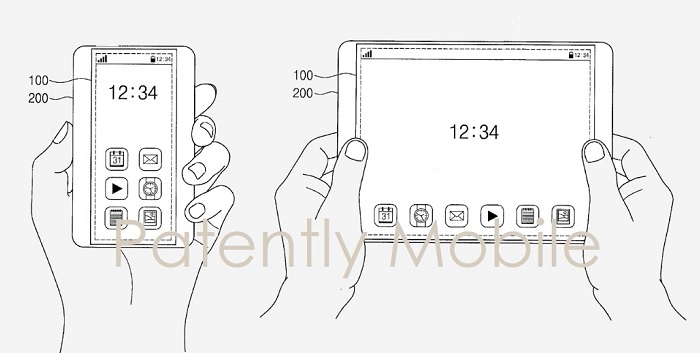 Now, out of nowhere, Chinese smartphone vendor Oppo stepped up to the plate yesterday during their annual event to release a scrollable smartphone branded Oppo X that's to launch sometime in 2021. There official video below illustrates how the phone expands. It expands to a full width of 7.4 inches according to marketing materials.

The scrolling of the display is set by the user pushing a right side button that scrolls out using a motorized methodology as presented in the second video below. The design does away with clear screen creases as seen with the Galaxy Z Fold smartphone.

In theory I like the idea, but like most things, we'll have to wait for the reviews next year, though it definitely holds promise.

Below is the Oppo Keynote video from C/Net. You'll have to be patient as it's a 9 minute translated event. Though the video does provide some technicals about the new smartphone that could be interesting to some.

Oppo is definitely trying to convey the message that they're not just a cheap smartphone company, but rather one that's an innovator to be reckoned with going forward. Xiaomi is another smartphone company from China out to push a new innovative form factor with their Mi MIX Alpha with Surround Display.

On Monday Patently Apple posted a report titled "A new Rumor Claims that Apple is working with Several Supply Chain Partners in Preparing for Future Foldable Devices." It was a timely rumor considering that Oppo introduced their Oppo X smartphone the very day after.

Apple released the widest variety of iPhones to date last month with the iPhone 12 and at some point in time we may see one model emerge that will provide iPhone fans with an alternative form factor to shake things up.

For now, there hasn't been a knockout smartphone form factor emerge to threaten the iPhone. Though next year could the beginning of a new wave of innovation that could begin to shake up the smartphone market in general.

Of course only time will tell when or even if Apple will decide to step up their game to introduce an alternative iPhone form factor. It would be great to see a single new form factor added to Apple's iPhone lineup that actually offered something beyond the annual camera upgrade cycle.