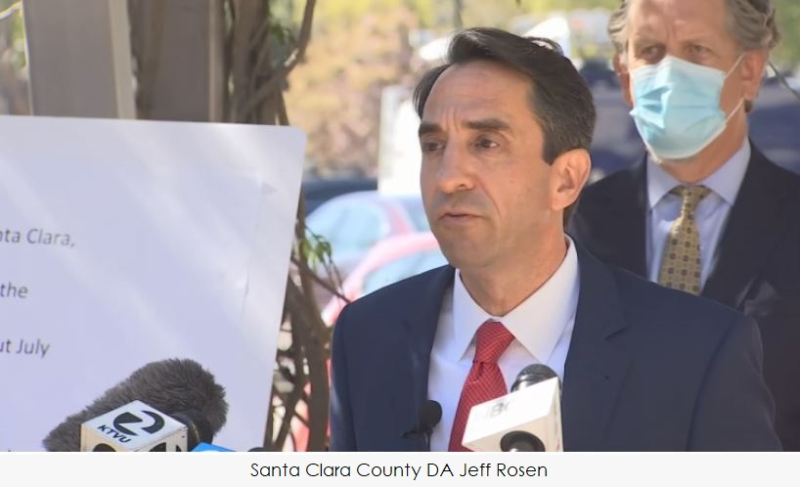 It's being reported by several sources that the head of global security for Apple is among the new defendants in a scheme in which coveted concealed-weapons permits were issued by the Santa Clara County sheriff's office in exchange for political donations, investigators said Monday.

That donation was scuttled at the last minute after they learned the DA was investigating the scheme, authorities said.

Ed Swanson, Moyer's attorney said his client "did nothing wrong and has acted with the highest integrity throughout his career. We have no doubt he will be acquitted at trial."

Swanson said Moyer was "collateral damage" in an ongoing dispute between the sheriff and the district attorney. For more check out the Fox News report here.

The Morgan Hill Times clarifies that one of the "Apple employees" indicted was in fact "Apple's head of Security, Thomas Moyer."

The bio reads: "He has overall responsibility for Apple’s ethics and compliance program including Apple’s Business Conduct Policy, governing the ethical and legal obligations of Apple’s Board, executives and over 130,000 employees around the world. Tom is also responsible for Apple’s global security program including crisis management, physical security, loss prevention, technology, security related investigations and the secrecy of new products and prototypes."

Prior to Apple, Moyer worked as an associate at the Fenwick & West law firm and as an intelligence specialist with the US Navy.

In August the Santa Clara County DA announced the original charges in Sheriff's Office Corruption captured in this YouTube video dated August 7, 2020. At that time, the Apple employees were not mentioned in the ongoing investigation.

You could also find more information on this from a CBS report published Friday.