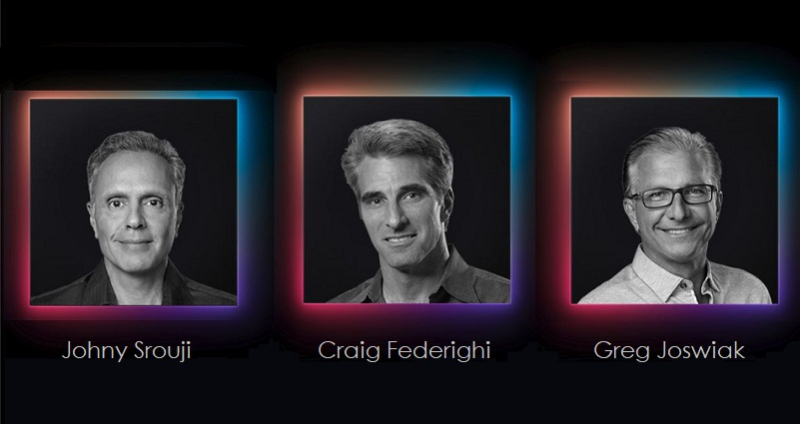 Hours after our report, an article by Ars Technica surfaced focusing on the story behind Apple's new M1 processor that caused a stir when Apple's SVP Software Craig Federighi caused a bit of a stir about the possibility of Windows running natively on the M1. How realistic is that is that possibility? We briefly touch on that later in the report.

To be sure one day we'll look back and realize just how massive a move it was for Apple to finally achieve the goal of the M1; a goal envisioned by Steve Jobs. It would have been great to see Jobs introduce the M1, but it's just another moment in time Apple fans were robbed of seeing fulfilled. Though still, Apple's new team proudly steams ahead pushing the original vision forward.

The leap to the PowerPC and then Intel were ways to advance the Mac but never really delivered the goal of owning a PC platform. In the timeline of Apple's existence, this will go down as a gargantuan leap forward and perhaps only second in importance behind Apple's introduction of their ARM based A-Series processors for Apple's iDevices (iPhone, iPad, Apple Watch).

In the Ars Technica report, Apple executives recounted that a few years ago, in an Apple campus building, a group of engineers got together. Isolated from others in the company, they took the guts of old MacBook Air laptops and connected them to their own prototype boards with the goal of building the very first machines that would run macOS on Apple's own, custom-designed, ARM-based silicon.

Ars Technica writer, Samuel Axon, notes in his report that to hear Apple's Craig Federighi tell the story, it sounded a bit like a callback to Steve Wozniak in a Silicon Valley garage so many years ago. On November tenth, Apple finally took the big step and introduced the first Macs running on Apple Silicon called the M1. 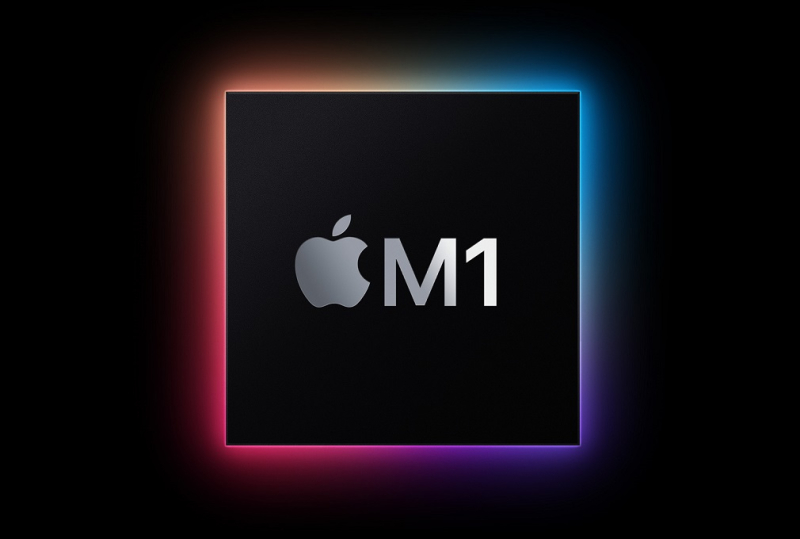 The brains behind Apple's shift to ARM and the A-Series chip was Israeli engineer Jony Srouji who had for decades worked on both IBM and Intel processors.

In 2016 Patently Apple reported on Srouji in two articles. The first report was titled "One of Apple's Top Secret Chip Executives is Revealed in a Fascinating new Interview" in 2016 followed by a second report in 2017 titled "Great Interview with Apple's SVP Hardware Technologies covers the Bionic A11 Chip, PrimeSense's Face ID and much more."

In our 2016 report Srouji had noted that "Steve [Jobs] came to the conclusion that the only way for Apple to really differentiate and deliver something truly unique and truly great, you have to own your own silicon," Srouji recounted. "You have to control and own it." 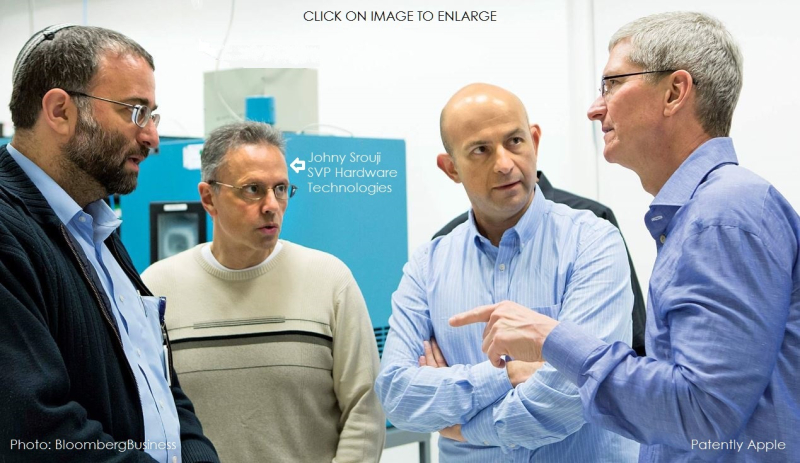 That same report further noted that "The first public signs of Srouji's work came in 2010 with the debut of the iPad and iPhone 4. The processor, the A4, was a modified version of a design from ARM Holdings, a British company that licenses mobile technology. The A4 was designed to power the handset's new high-definition 'retina display.'"

That pioneering project of the A-Series processors led by Srouji eventually led to applying Steve Jobs' vision through to the Mac.

Srouji told Ars Technica that "We want to create the best products we can. We really needed our own custom silicon to deliver truly the best Macs we can deliver."

Later Srouji described Apple as being in a special position to make the move successfully: "As you know, we don’t design chips as merchants, as vendors, or generic solutions—which gives us the ability to really tightly integrate with the software and the system and the product—exactly what we need."

When the decision was ultimately made to begin the M1 project officially, the circle of people who knew about it was initially quite small. But those who knew of it were walking around smiling from the moment we said we were heading down this path, Federighi recounted.

The shift to the M1, for many developers, comes down to the classic riddle: What comes first, the chicken or the egg? Federighi understands that and told Ars Technica that "As time goes on, we're likely to see some developers put in some effort to make their apps play nicely on the Mac. It's early days still for Apple Silicon, but within a few years, many millions of Macs with the M1 or M1 successors or siblings will be on the market. The more there are, the easier it will be for developers to justify the effort. Time will tell how quickly that process moves."

That's why it's so important for Apple to excite their base of fans to buy into M1 hardware so that more developers can justify making the shift to the M1 knowing all the while that x86 based Macs are now on the "endangered species" list with no hope of surviving.

The big headlines ripping through the Apple blogosphere yesterday was centered on Federighi stating that "Native Windows on M1 Macs is 'Really up to Microsoft.'"

Apple developer 'Parallels,' now owned by Corel, is primarily involved in the development of virtualization software for macOS. For many Apple fans working for corporations, running critical Windows-only apps requires Parallels (or VMWare). When Apple released their M1 Macs on November 10, Parallels was quick to officially state that "A new version of Parallels Desktop for Mac that can run on Mac with Apple M1 chip is already in active development." Most corporate users won't make the shift to M1 Macs until Parallels updates their software, plain and simple.

What about Windows running Natively on M1?

Flashing to the last part of the Ars Technica report, they note that "while Apple Silicon Macs can run existing Mac, iPhone, and iPad software, the new architecture cannot immediately run applications built for x86 operating systems and Rosetta 2 doesn't offer any help on this front. The ability to run Windows software was a small part of the success of Intel-based Macs, so some users—particularly those with certain professional workflows—will see that as a loss.

Ars Technica asked Federighi what an Apple Silicon workflow will look like for a technologist who lives in multiple operating systems simultaneously.

Federighi pointed out that the M1 Macs do use a virtualization framework that supports products like Parallels or VMWare. "For instance, running ARM Linux of many vintages runs great in virtualization on M1 Macs."

While running Linux is important for many, other users, and likely the majority, are asking about Windows.

Federighi pointed to Windows in the cloud as a possible solution but there may still be hills to climb ahead when it comes to software like Parallels or VMWare on Intel Macs.

Then came the big bang: Federighi added that "As for Windows running natively on the machine, "that's really up to Microsoft," he said. "We have the core technologies for them to do that, to run their ARM version of Windows, which in turn of course supports x86 user mode applications. But that's a decision Microsoft has to make, to bring to license that technology for users to run on these Macs. But the Macs are certainly very capable of it. It's likely to be a while before we see how the Windows-on-Apple-Silicon-Macs future plays out.

In reality, it's not like Dell will be licensing the M1 processor, so the upside for Windows running natively on M1 Macs giving them a clear advantage over their partner's hardware is slim to nil. While it's technically in the realm of possibilities, it can't be taken seriously. Apple fans will have to continue their reliance on Parallels to provide them with access to long standing x86 apps.

Coincidentally this week, Microsoft wanted in on some of Apple's M1 buzz and announced that their next move into developing their own silicon will come in the form of the "Pluton" processor that is a future security chip in-the-making for Windows PCs. 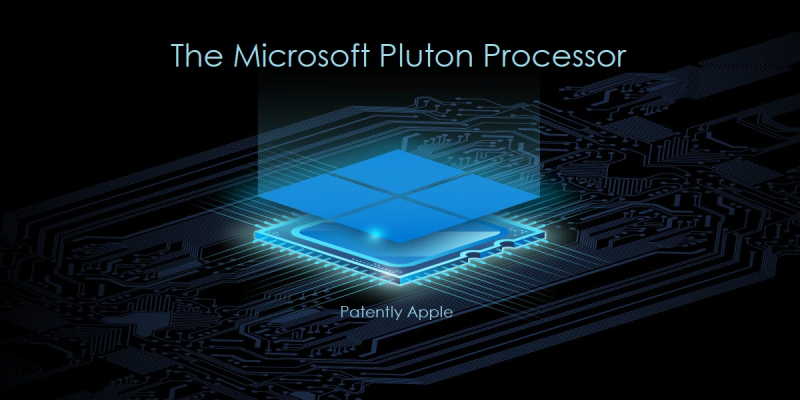 This week David Weston, Microsoft's Director of Enterprise and OS Security announced that they alongside their largest silicon partners were announcing a new vision for Windows security to help ensure our customers are protected today and in the future.

"In collaboration with leading silicon partners AMD, Intel, and Qualcomm Technologies, Inc., we are announcing the Microsoft Pluton security processor. This chip-to-cloud security technology, pioneered in Xbox and Azure Sphere, will bring even more security advancements to future Windows PCs and signals the beginning of a journey with ecosystem and OEM partners.

Our vision for the future of Windows PCs is security at the very core, built into the CPU, where hardware and software are tightly integrated in a unified approach designed to eliminate entire vectors of attack."

Asaf Shen, senior director of product management at Qualcomm Technologies, Inc: "Qualcomm Technologies is pleased to continue its work with Microsoft to help make a slew of devices and use cases more secure. We believe an on-die, hardware-based Root-of-Trust like the Microsoft Pluton is an important component in securing multiple use cases and the devices enabling them."

Then Microsoft Chief Product Officer Panos Panay stepped in to tell Bloomberg, "Microsoft plans to continue its expansion into chips, but is unlikely to focus on general-purpose chips like  those from Intel, AMD and Qualcomm.

However, Panos interestingly added, "Where we think we need to invest in silicon, we are absolutely going to. If there’s a need, we’re going to fill it."

Translation: If Qualcomm can't match Apple's M1 Silicon prowess on ARM based Surface and partner devices, Microsoft will have to follow Apple's path and create their own silicon.

So much for Windows running natively on the M1.

At the end of the day, Apple's senior vice president of Hardware Technologies Johny Srouji seems adamantly confident of the M1's success: "There were many moments where it was hard and tough," he admitted. "But for me personally, I never doubted that the decision we made was the right decision."

There is so much more to this story not covered here. Review the full Ars Technica report for more.