Apple Wins Patent for an Adaptive Input Surface that could represent a Virtual Keyboard, Game or Music Controller & more 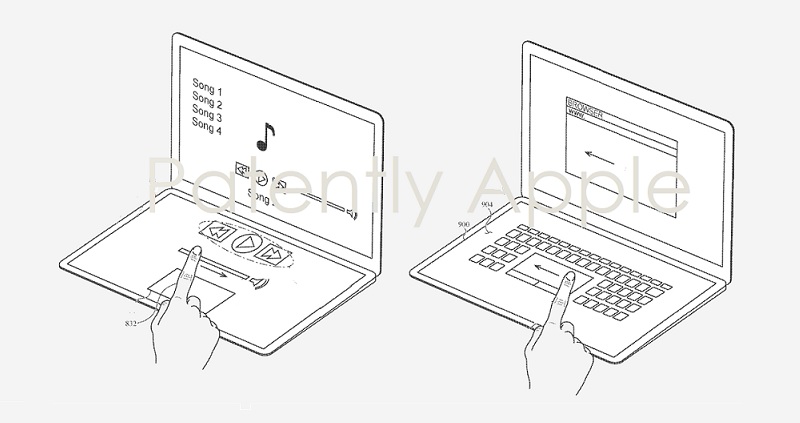 Today the U.S. Patent and Trademark Office officially granted Apple relating to a touch-sensitive input device with an adaptable surface. While the input device may represent a virtual keyboard having haptic feedback, it may also provide users with a variety of interfaces that could control music or video applications, for instance.

Haptic feedback may be provided to a user through a controllable array of electrostatic electrodes which cause a user to perceive varying levels of friction across the surface. This way an input device may define one or more user input regions corresponding to alphanumeric keys, and may further have an increased area of friction defining the input regions or the edges of input regions.

Further feedback may be provided through additional haptic feedback elements, such as an actuator which produces the sensation of input surface movement. 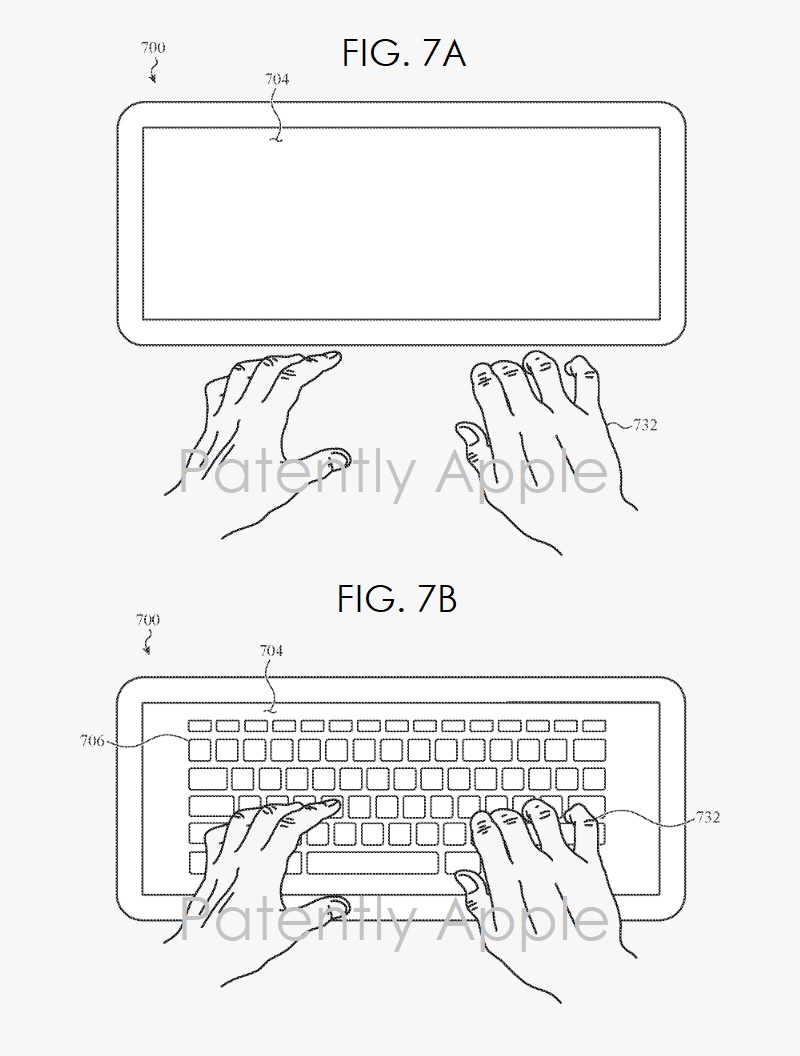 The input surface may incorporate proximity sensors, such as touch sensors, which detect the presence and location of the user's fingers. These sensors may detect a desired location for defining input regions, such as virtual keys #706. The input regions may alternatively be defined in response to additional user action, such as the performance of a gesture, touching or pressing the input surface. 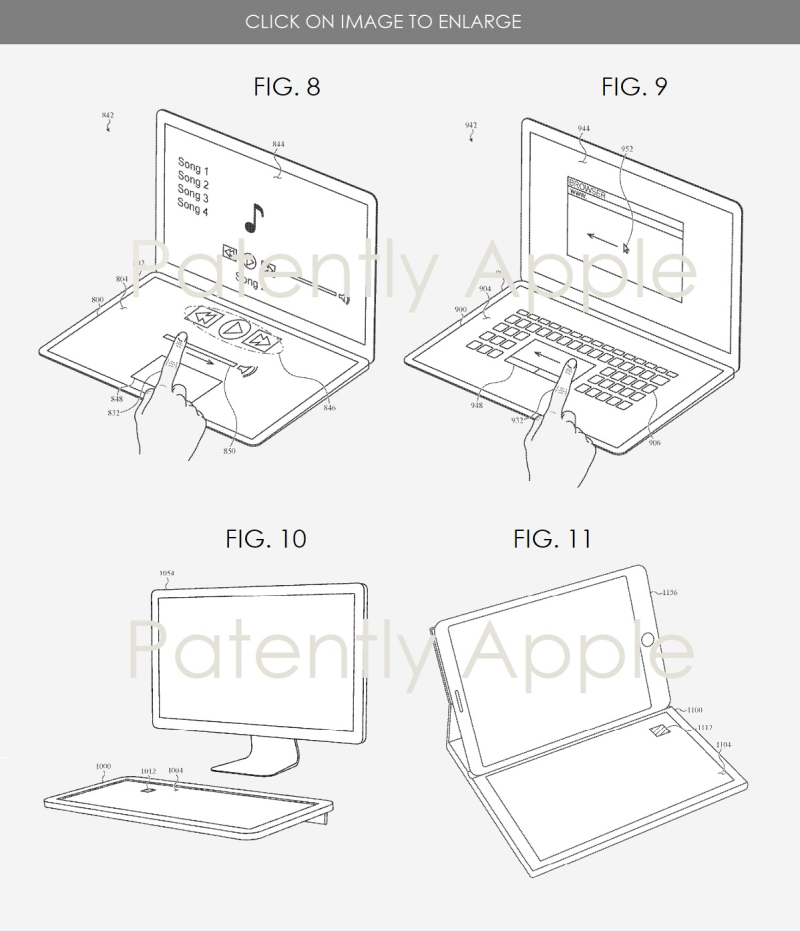 Apple's granted patent 10,845,878 was published today by the US Patent and Trademark Office. For more details and patent figures you could check out our original patent application report posted in 2018 titled "Apple Invents Keyless Keyboards for Macs and iPad Pro with Morphing Interface Options for Gaming, Music & more."