The U.S. Patent and Trademark Office officially published a series of xx newly granted patents for Apple Inc. today. In this particular report we cover to touch input processing for touch-sensitive devices, and more particularly, to filtering unintended contact detected on a touch sensor panel or touch screen from a wet fabric that could drain battery life.

Additionally, moist or wet fabrics (e.g., a shirt or coat sleeve) on the edge of a touch-sensitive surface (e.g., of a wearable device worn on the wrist) can be erroneously be detected as touch input and degrade touch performance. 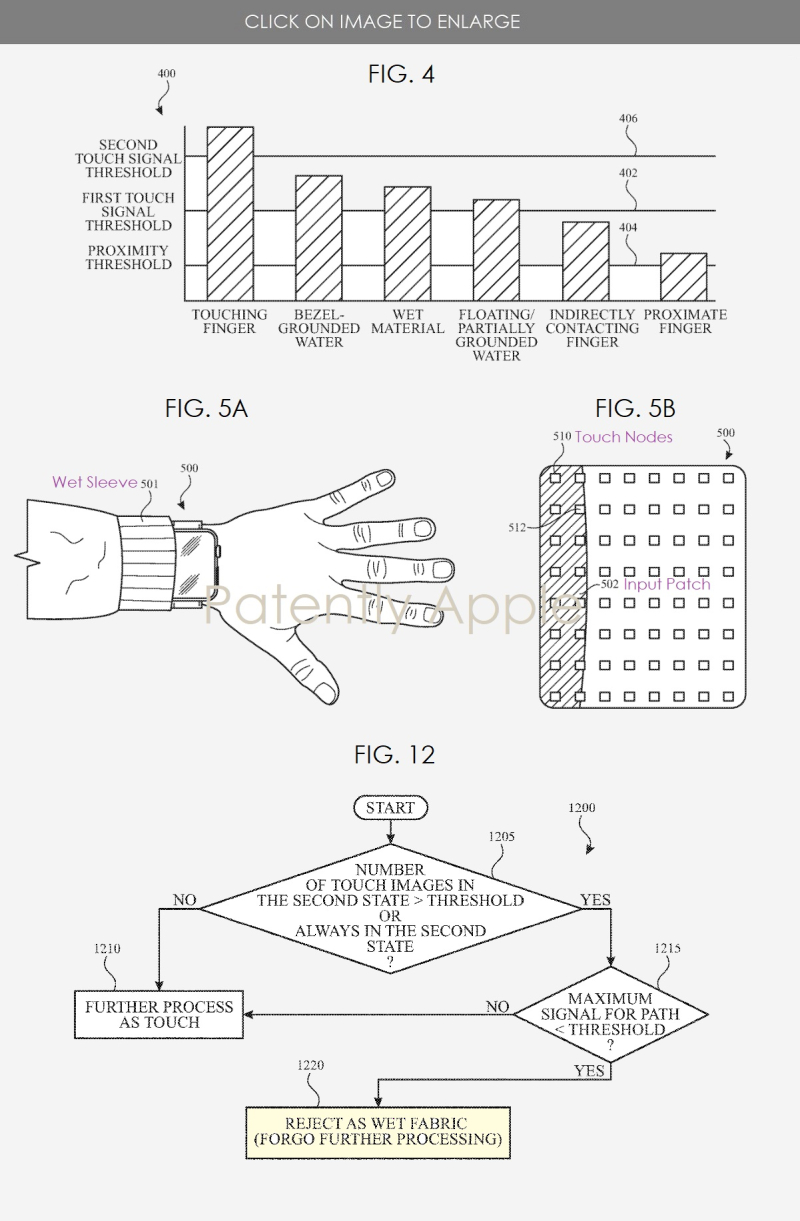 Apple's patent FIG. 12 above illustrates an exemplary process for classifying a path based on the tracked state.