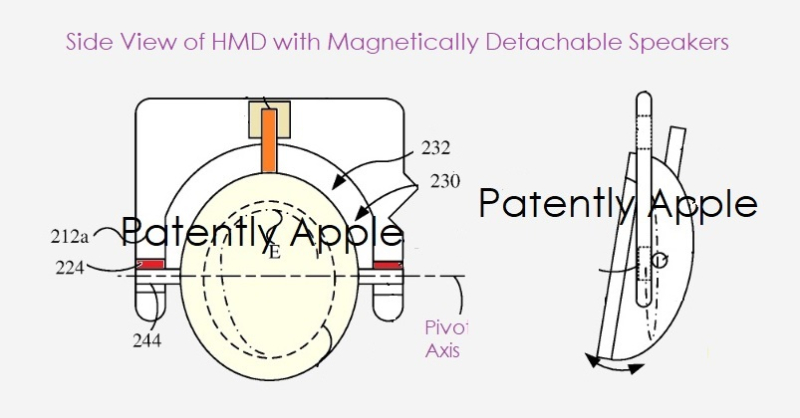 Today the U.S. Patent and Trademark Office officially granted Apple a patent that relates to Apple's future mixed reality headset or HMD device. More specifically, the invention relates to a secondary audio system. The HMD device will come with built-in speakers but it appears that Apple may have invented an accessory that will provide an advanced audio system in the form of over-the-ear cups, that don't have a headband. Instead, Apple has invented a magnetic system that securely holds the ear cups to the sides of the HMD device while allowing the cups to pivot so as to adjust to a user's comfort level.

Apple further notes that when the advanced audio ear cups are on the HMD device, it provides the user with a menu and indicators that allow the user to adjust the audio as desired but also communicate with the user when, for instance, a game scene is about to show an explosion that may be loud so that the user could adjust the sound accordingly. It's a pretty cool invention to be sure.

Apple's patent FIG. 1B below is a top view of the display system. You'll note that there isn't a headphone band going across the user's head because the cups are independent units. 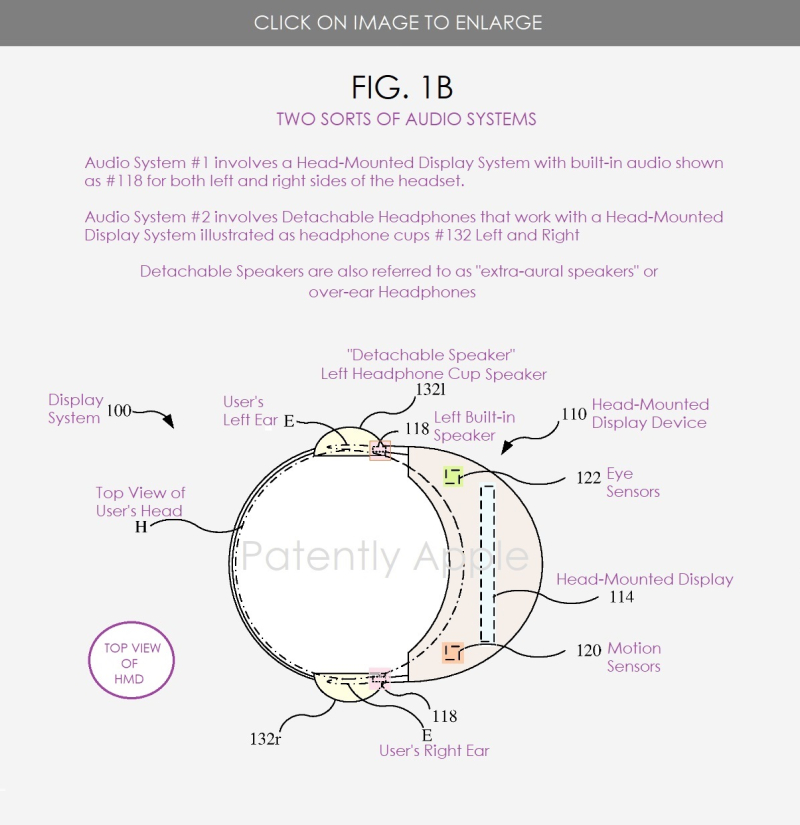 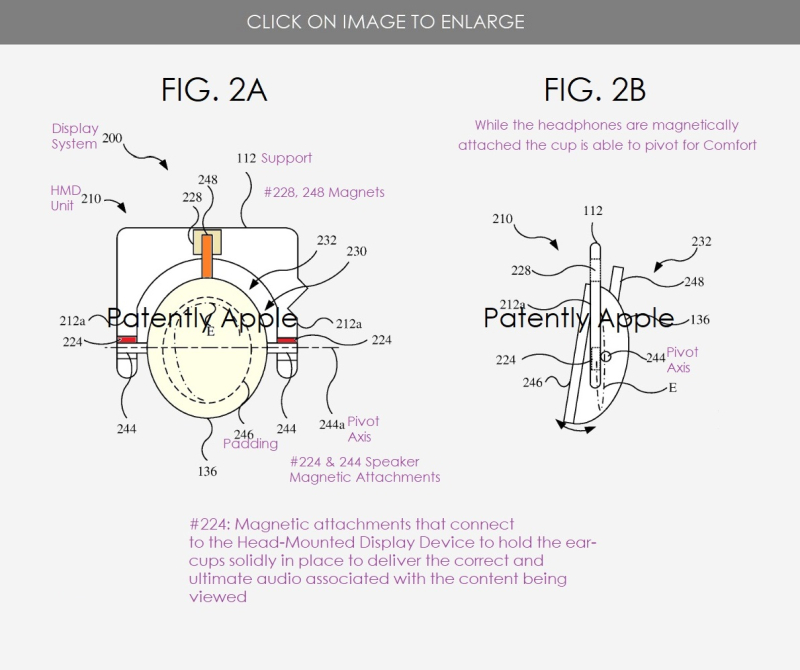 For more details, you could review our original patent application with more patent figures and richer details or review Apple's granted patent 10,848,846 that was published today by the US Patent and Trademark Office.