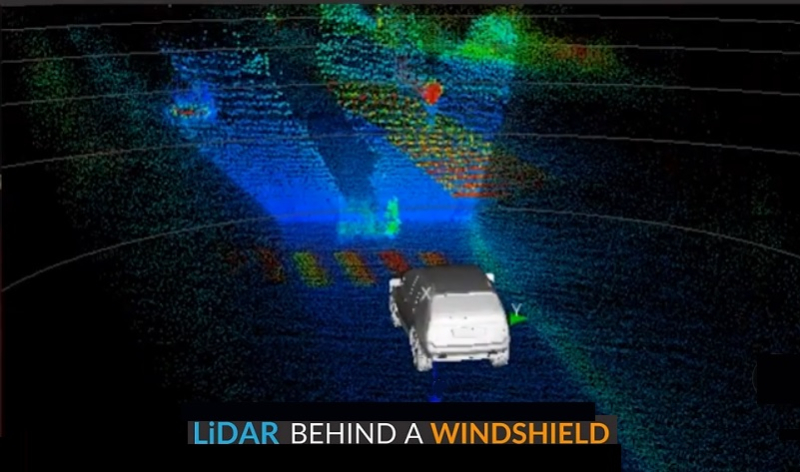 Today the US Patent & Trademark Office published a patent application from Apple that relates to Project Titan, Apple's work on developing technologies for future semi-autonomous and fully autonomous vehicles. Today's patent is about the placement of a LiDAR system placed behind a windshield to assist an autonomous vehicle view the road under any whether condition including at night and be able to track people or animals on the road ahead and react appropriately.

To quickly get up to speed on this technology, we discovered a video from a European company XenomatiX in conjunction with AGC, a windshield maker, to create a windshield supporting a LiDAR box behind the windshield. This roughly what Apple is describing in their patent.

Apple's patent FIG. 2 below is a schematic side view of the depth sensing apparatus #60 adapted for mounting behind a transparent window #52, such as the windshield of an automobile or other vehicle. 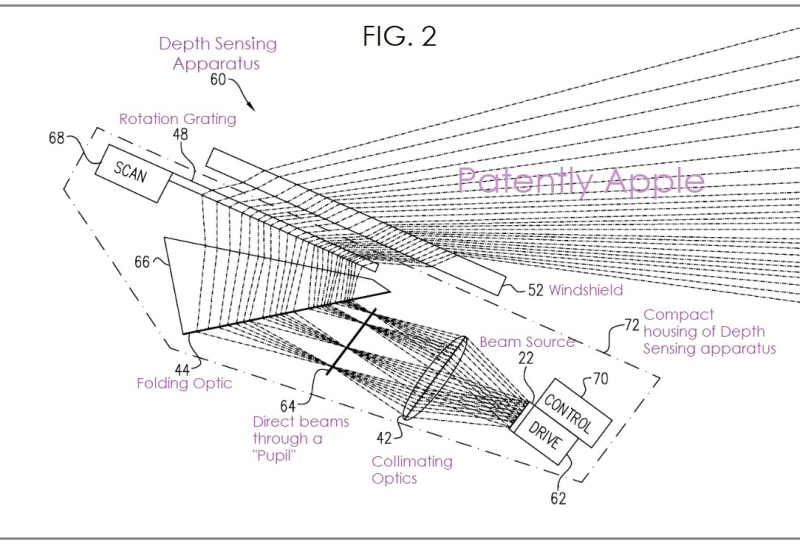 Various elements of the apparatus are contained inside a compact housing #72, which extends mainly along a direction parallel to the windshield of a vehicle. The LiDAR assembly can be packed in this manner into a support structure of the windshield. The system could also be used in a vehicle's rear window as well.

For all of the details behind this invention, check out Apple's patent application number 20200348418 here. Apple filed this application back in March 2020. It is supported by a provisional patent that was filed with USPTO in May 2019.

Considering that this is a patent application and a long-range project, the timing of such a product to market is unknown at this time.