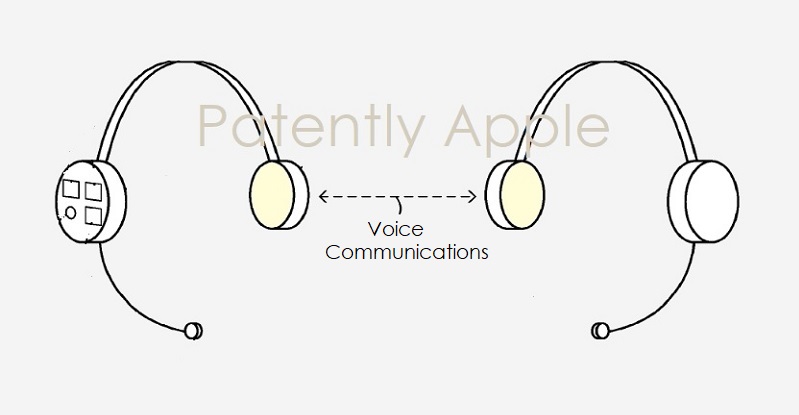 Last Thursday the US Patent & Trademark Office published a patent application from Apple that relates to a wireless communication device establishing voice communication between a supported user and a selected remote device supporting another user via a point-to-point wireless ad hoc network link. While in one part the patent covers Apple's Walkie-Talkie feature, another feature highlighted in this report relates to Apple's future over-ear headphones being able to quickly establish voice communications with another headphone set nearby, so that a couple could communicate about a show they're watching without having to stop the content. 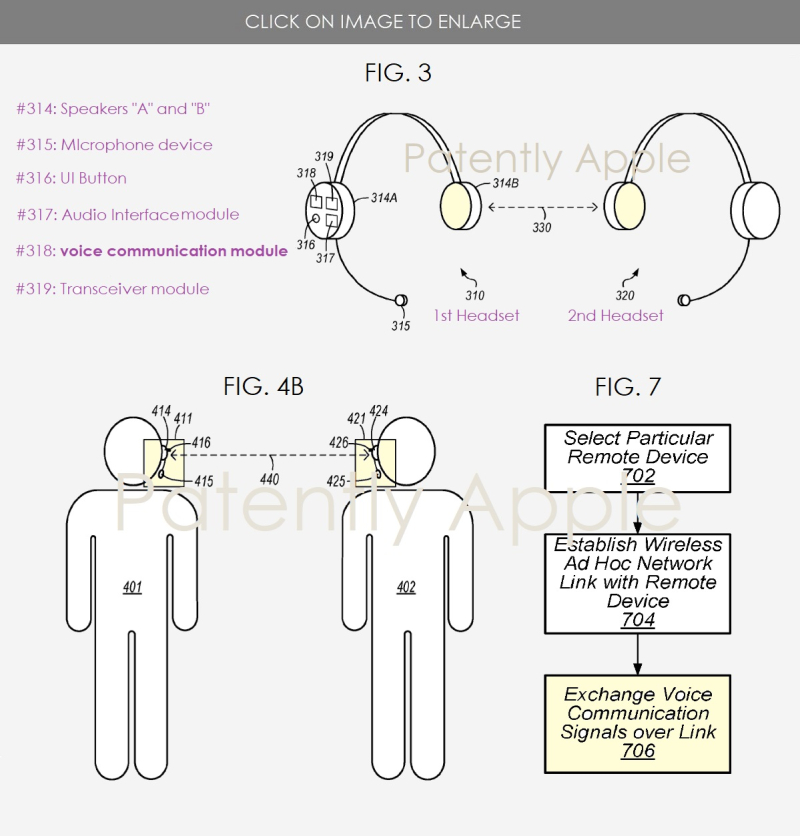 Apple's patent FIG. 4B above illustrates a set of wireless communication headset devices which can be switched between collectively providing a stereo audio experience for a single supported user and individually supporting separate supported users and exchanging voice communication signals via a wireless ad hoc network link; FIG. 7 illustrates a process for establishing voice communication with a selected remote device via a wireless ad hoc network link.

Two years ago, I purchased a set of high-end wireless Sennheiser headphones so that my wife and I could listen to movies, TV shows and play video games as loudly as we wanted without ever bothering a neighbor; especially in the summer when are windows are open. The one problem I soon discovered was that when my wife and I wanted to make a comment about a show or some action in a game, we had to put the content on hold, remove one earcup so that we could communicate.

The idea that Apple has thought this through doesn't surprise me, but I could only hope that this feature of allowing two headsets to quickly establish communication with another headset in the home is available right out of the gate. It would be a killer feature to have.

Beyond this one part of the patent that I've highlighted in this report, in the bigger picture, Thursday's patent was a continuation patent. So beyond highlighting a single aspect of the patent that I didn't cover in the past, technically, the patent was about Apple cancelling their 20 original patent claims and completely replacing them with 24 new claims. To review the new patent claims, see Apple's continuation patent 20200359436 here.