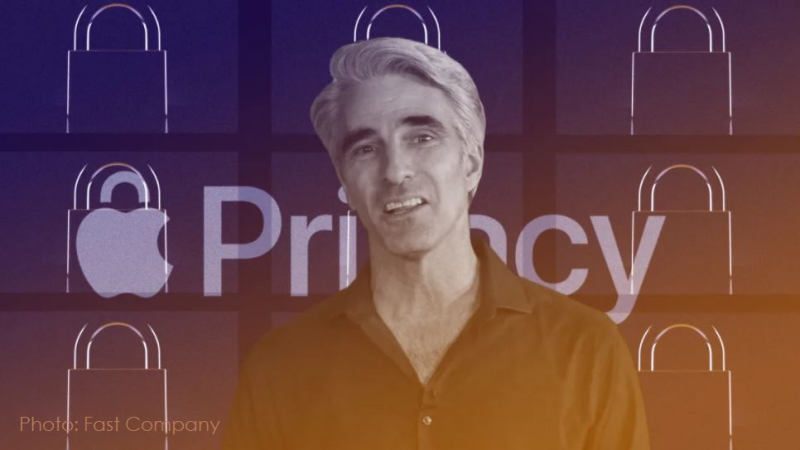 As part of Apple's media campaign on this issue that will be going to court, Craig Federighi, Apple's SVP of Software Engineering, spoke with the UK's Independent. He told The Independent that the feature and the company’s support for privacy is a "core value," and that the change grew out of a longstanding, philosophical commitment against excessive data collection.

He insisted that the feature would eventually prove "better for even the people that are currently, at times protesting those moves" because they raise trust in the apps and devices that those developers and advertisers require to work.

The new feature – called App Tracking Transparency or ATT by Apple – allows users to opt out of having their data collected and aggregated as they move between apps. Users’ phones have a unique identifier that advertisers can track across their activity on their iPhone, but the new feature will ask them if they want that to happen, and such tracking will be banned if they do not explicitly opt in.

The tracking feature caused significant controversy among advertisers and the companies who work with them, who argued that it could undermine their businesses. Critics have included Facebook, which said that it would have to turn off some of its features in response to the planned update."

Mr. Federighi went on to state that while such features had drawn particular attention recently, they were a continuation of a commitment to privacy that has been a part of Apple “since the beginning of the company”. He pointed to the fact that Steve Jobs had marketed the Apple II in the late 1970s by pointing to the fact that it would allow users to secure their own information on floppy discs and have control of their own data.

Federighi specifically argued against the idea that such features could damage advertising companies and those industries that rely on them, which includes online news organizations that are funded by displaying ads. He said that parts of the ad industry had made similar arguments when it introduced its anti-tracking features in its Safari web browser, and that they had not been borne out.

Federighi added that "We introduced intelligent tracking prevention, several years ago, and at the time, parts of the ad industry were saying that the sky was going to be falling in and that their business was going to be destroyed by the fact that they couldn't track everyone from website to website to website. Well, in fact, if you look at what happened to the industry, that didn't happen at all, and yet we also protected user privacy."

For more on this story, read the full Independent report.