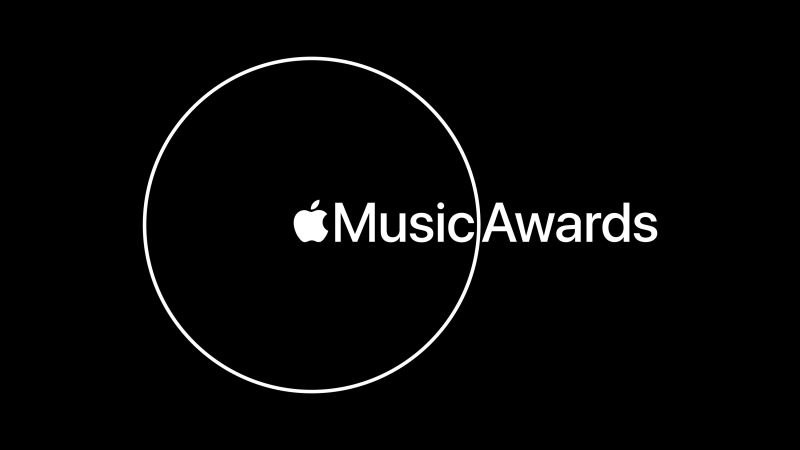 Today Apple has announced the winners of the second annual Apple Music Awards, recognizing the best and boldest musicians of 2020 and their enormous impact on global culture.

The Apple Music Awards honor achievements in music across five distinct categories, and winners are chosen through a process that reflects both Apple Music’s editorial perspective and what customers around the world are loving most.

The Apple Music Awards celebration kicks off Monday, December 14, 2020, with a week of special performances, fan events, interviews, and more, streaming worldwide on Apple Music, Apple Music TV, and the Apple TV app. Fans who are not already subscribed to Apple Music can sign up for a three-month free trial at apple.com/apple-music.

Oliver Schusser, Apple’s vice president of Apple Music and Beats: "The Apple Music Awards is our opportunity to recognize and honor the incredible artists who we feel have deeply impacted and inspired the world and our customers, and helped us feel connected through music this year. We have an exciting week of music planned in December and are very much looking forward to celebrating together with these artists and their fans."

And the winners are…

Artist of the Year: Lil Baby 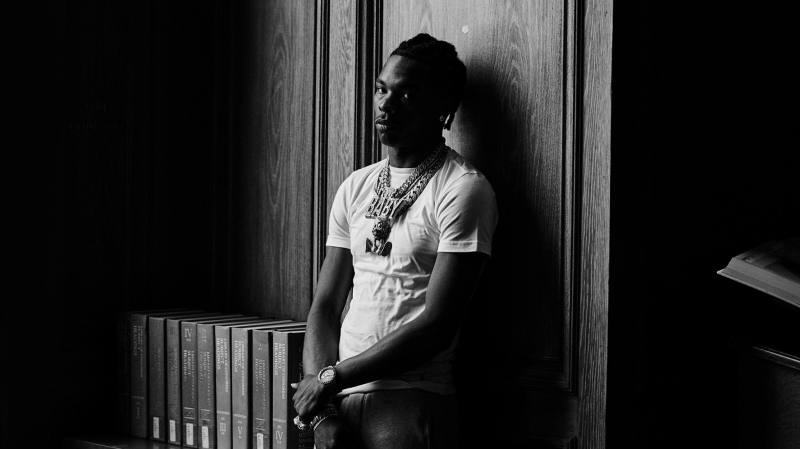 In 2020, Lil Baby fully arrived as one of hip-hop’s biggest names, with billions of global streams and multiple tracks from "My Turn" topping the Apple Music charts. With his deeply moving and timely release, "The Bigger Picture," he cemented his place as the indisputable, authentic voice of youth culture. His performance of the track at Apple Music’s Rap Life Live event was in itself a standout moment of 2020. Lil Baby has been an intriguing voice since his debut mixtape in 2017 — but 2020 is the year he became an undeniable global star.

Lil Baby:  "This year has changed me a lot. Now that I’m an artist, I feel like my voice can get heard through my music and I needed to say something. And my fans listened. So thank you to my fans and thank you to Apple Music for giving me a special way to connect to my fans." With two No. 1 singles and a highly anticipated debut album on the way, it is safe to say Houston rapper Megan Thee Stallion is owning 2020. Her collaboration with Cardi B on "WAP" and with Beyoncé on the "Savage" remix have collectively been played on Apple Music more than 300 million times globally. The Apple Music Up Next alum is experiencing the kind of breakthrough year that defines the distinction, and she is just getting started.

Megan Thee Stallion: "I am so excited to be the Breakthrough Artist of the Year. This is a really big accomplishment for me. Apple Music has been rocking with me for so long, even before making me an Up Next artist, and I am just very appreciative and very grateful. I will forever love ya’ll as much as ya’ll love me."

Songwriter of the Year: Taylor Swift 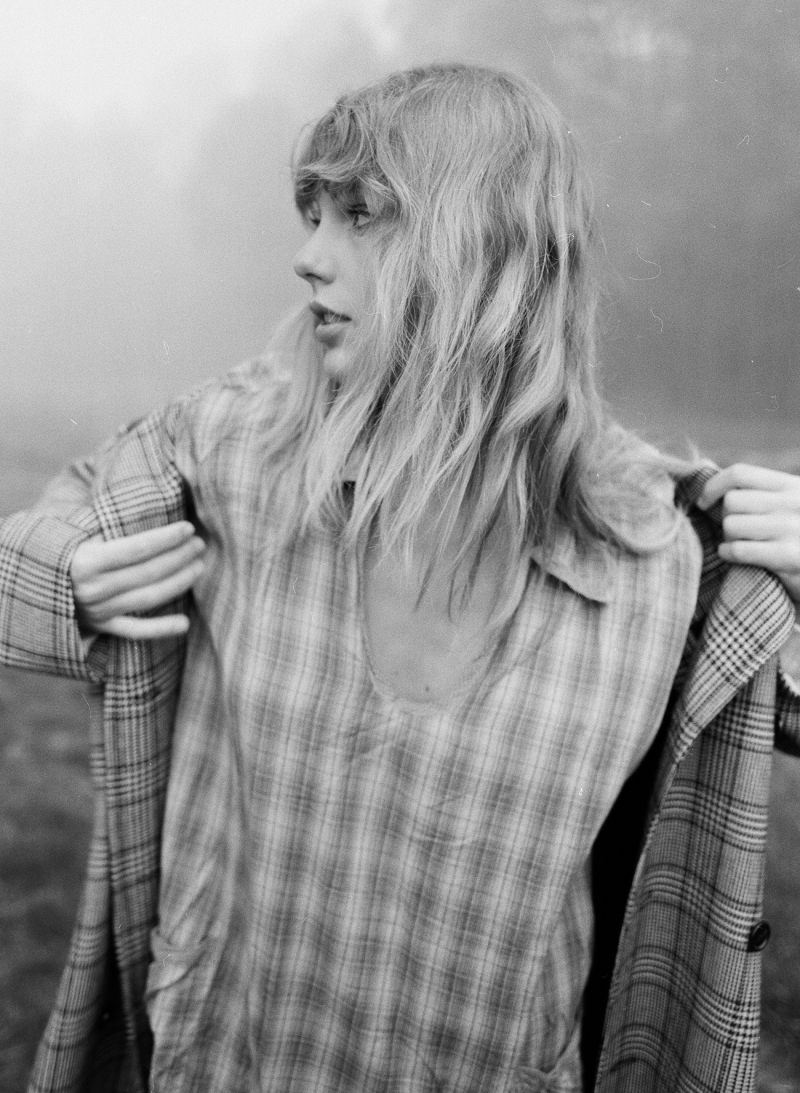 Taylor Swift is without a doubt one of music’s preeminent and most decorated songwriters, and "folklore" is no exception. Written and recorded in isolation during the first few months of the COVID-19 pandemic, "folklore" instantly topped the Apple Music albums chart and set the record for the most streamed pop album on release day. With its wistful third-person stories about love triangles, ghosts, and trauma, "folklore" is a lyrical masterpiece.

Taylor Swift: "Winning Songwriter of the Year in any capacity in any year would be so exciting, but I think it’s really special this particular year because songwriting was the one thing that kept me connected to my fans. It means a lot to me because the way that fans respond to the songs I write, and the emotional exchange, is what has really kept me going this year. So I really want to say thank you to the fans for that, and to everyone at Apple Music, thank you for everything that you do."

Top Song of the Year: “The Box” by Roddy Ricch 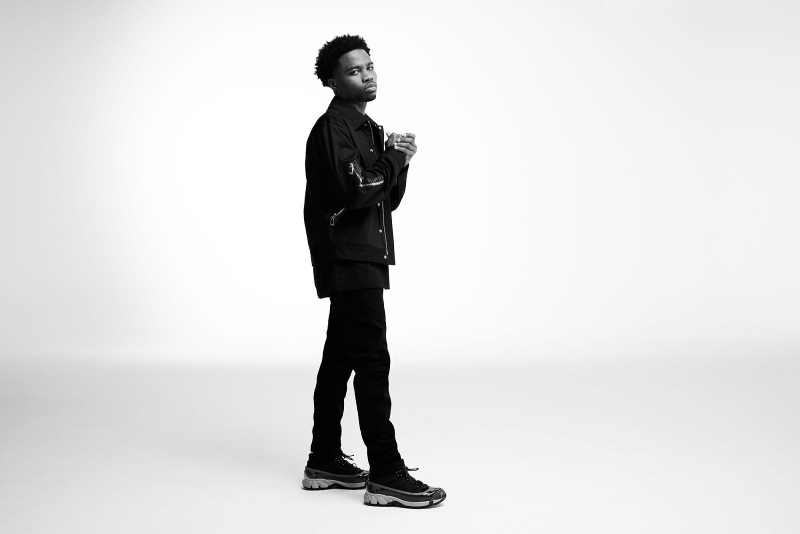 Roddy Ricch’s breakout, "The Box," was the year’s biggest and most popular single, accumulating more than 460 million Apple Music streams worldwide to date, launching countless memes, and topping the charts for more weeks than any other song in 2020.

Top Album of the Year: “Please Excuse Me for Being Antisocial” by Roddy Ricch

Following the success of "The Box,"the Compton rapper’s debut album, "Please Excuse Me for Being Antisocial," has run up more than 1.5 billion Apple Music streams worldwide since its release.

Roddy Ricch: "My first phone was the iPhone. It’s crazy making music could get me to the point where a platform like Apple could honor me or put me on a pedestal. I just appreciate Apple Music to the farthest extent. Winning this award motivates me to work even harder. This is confirmation that I am on the right track and doing what I gotta do to be the greatest in my own right."

About the Apple Music Awards

Apple has designed a series of physical awards that represent the extraordinary craftsmanship integral to creating music. Each award features Apple’s custom silicon wafer suspended between a polished sheet of glass and a machined and anodized aluminum body. The result of this multi-month process, before it is sliced into hundreds of individual chips, is stunning and distinctive. In a symbolic gesture, the same chips which power the devices that put the world’s music at your fingertips sit at the very heart of the Apple Music Awards. 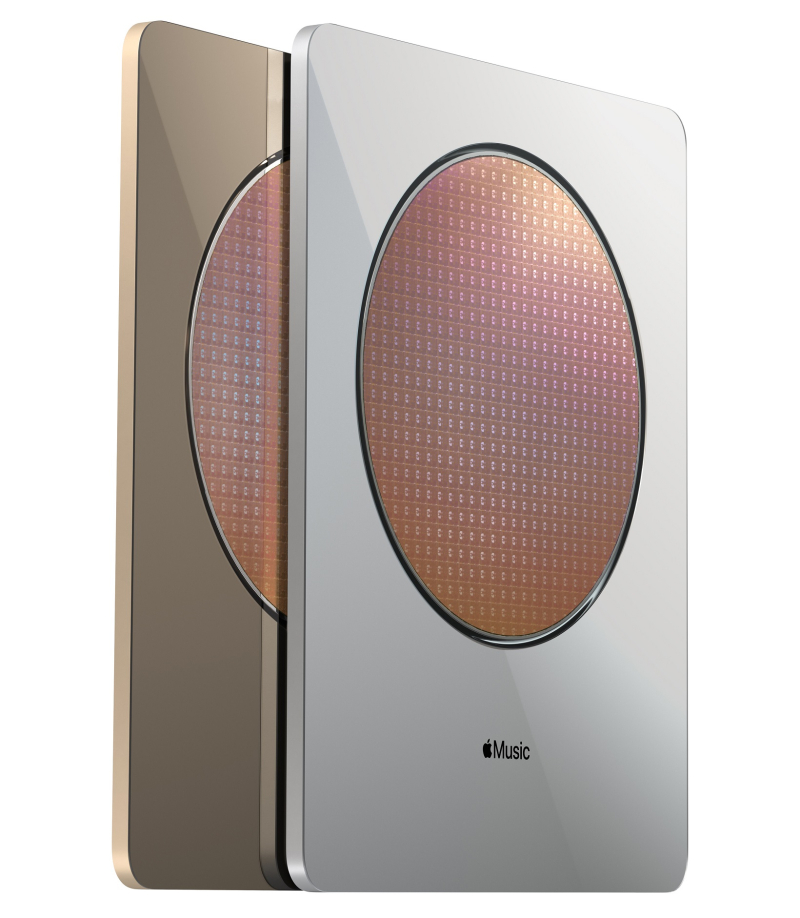