Arizona Attorney General Mark Brnovich said in a statement that "Big Tech must stop manipulating consumers and tell them the whole truth about their practices and products. I’m committed to holding these goliath technology companies to account if they conceal the truth from their users."

Along with the financial penalty, the states also have required Apple to clarify — online, and on iPhones themselves — its practices about battery health and power management. The company has already addressed some of regulators’ concerns: A 2018 update to iOS allows users to check the health of their batteries and disable performance throttling. It is tucked away in users’ device settings, writes the Washington Post.

One of the ways Apple is working to make users aware of the battery issue comes by way of a patent-pending solution that will advise users about battery issues made public last week. 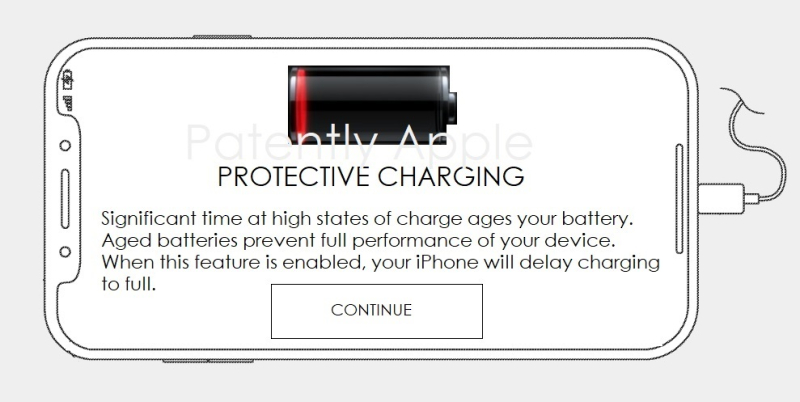 For instance, before a user retires for the evening, a user may plug in their iPhone. The iPhone may instruct the user via a pop-up message that charging overnight could perform an unnecessary repeatable action of recharging multiple times and possibly damaging the battery. The pop-up message will then provide users with the option of allowing the iPhone to turn on one hour prior to the user is set to get up so that the iPhone only recharges once. Obviously this was designed to get around the "issue" with batteries in the future.

In the United States, nearly three dozen states shared a frustration with Apple’s lack of transparency and embarked on their own probe. Arizona's complaint laid bare their concerns that Apple had provided "misleading information" about its iOS updates, particularly through hard-to-understand technical notes about battery management.

According to Arizona’s attorney general complaint, Apple’s approach ultimately left many users feeling as if the "only way to get improved performance was to purchase a newer-model iPhone from Apple." As a result, the company relied on "unfair and deceptive acts and practices" to boost its sales "potentially by millions of devices per year. For more on this, read the full Washington Post report.

Beyond the multi-state settlement, Apple decided to settle a $500 million lawsuit on the same issue back in May.