Google introduced their Soli technology in their Pixel 4 smartphone that Google described as a miniature radar that understands human motions at various scales: from the tap of your finger to the movements of your body. Patently Apple covered their technology in a number of reports including one titled "Google is reportedly set to introduce a new In-Air Gesturing System for the Pixel 4" along with a few patents ((01 and 02). Tomsguide reports that the Pixel 5 smartphone has dropped Soli but that Google has said the technology will return.

Of course Google hasn't publicly stated where Soli would return, though Tomsguide speculates that it could be used in future products from their Nest division.

Then again, Patently Apple has discovered a Q4 Google patent that suggests that Soli could be used with future Chromebooks and Pixel and/or other Android Wear OS based watches.

Google's patent begins by noting that computing devices such as desktop and laptop computers have various user interfaces that allow users to interact with the computing devices. However, interactions with these interfaces can be inconvenient or unnatural at times, such as when trying to manipulate a three-dimensional object on the screen by using a keyboard or clicking on a mouse.

Google's patent covers technology that generally relates to detecting user gestures, namely, gestures provided by a user for the purpose of interacting with a computing device.

Computing devices with limited sensors, such as a laptop with a single front-facing camera, may collect and analyze image data in order to detect a gesture provided by a user. For example, the gesture may be a hand swipe or rotation corresponding to a user command, such as scrolling down or rotating a display.

However, such cameras may not be able to capture sufficient image data to accurately detect a gesture. For instance, all or portions of the gesture may occur too fast for a camera with a relatively slow frame rate to keep up. Further, since many cameras provide little, if any, depth information, it may be difficult for a typical laptop camera to detect complex gestures via the camera. To address these issues, a system may be configured to use data from sensors external to the system for gesture detection.

However, the motion data may lack sufficient precision to fully capture all of the relevant information embodied in the motion because of a slow camera frame rate or lack of depth information.

For another example, the inertial measurements may include rotation or orientation measurements from a gyroscope of the smartwatch.

Google's patent FIG. 5 below illustrates an example of detecting gestures using signal strength measurements; FIG. 9 shows an example flow chart that may be performed by one or more processors. Gestures may be detected based on the recognized portion of the user's body and the one or more correlations between the image data and the received motion data. 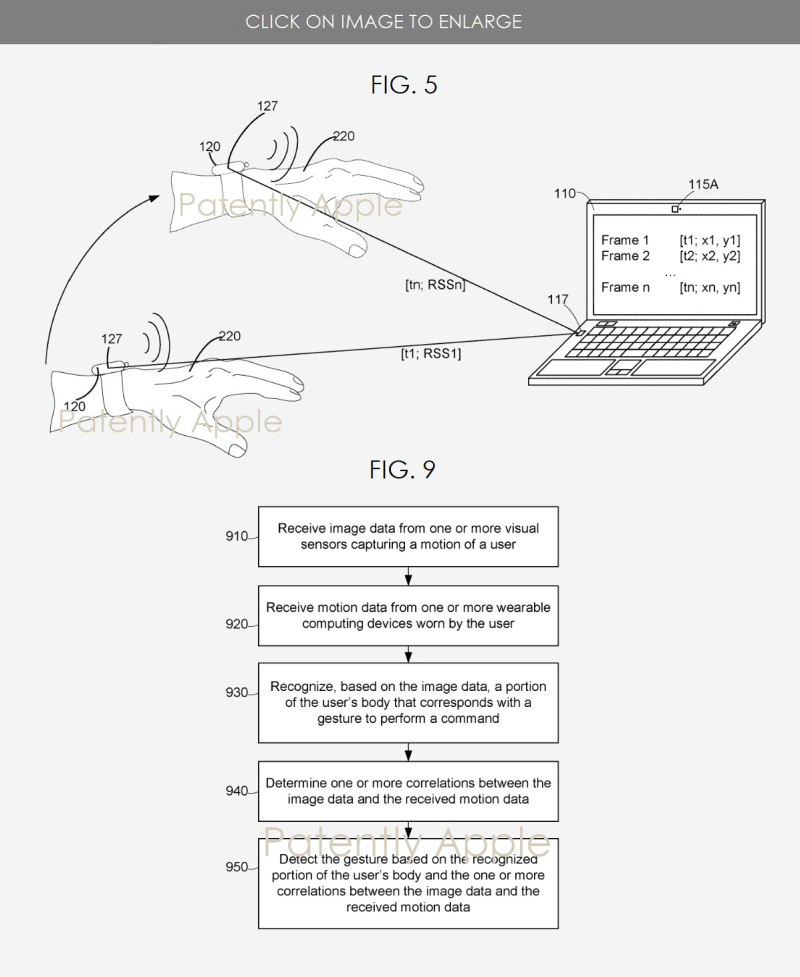 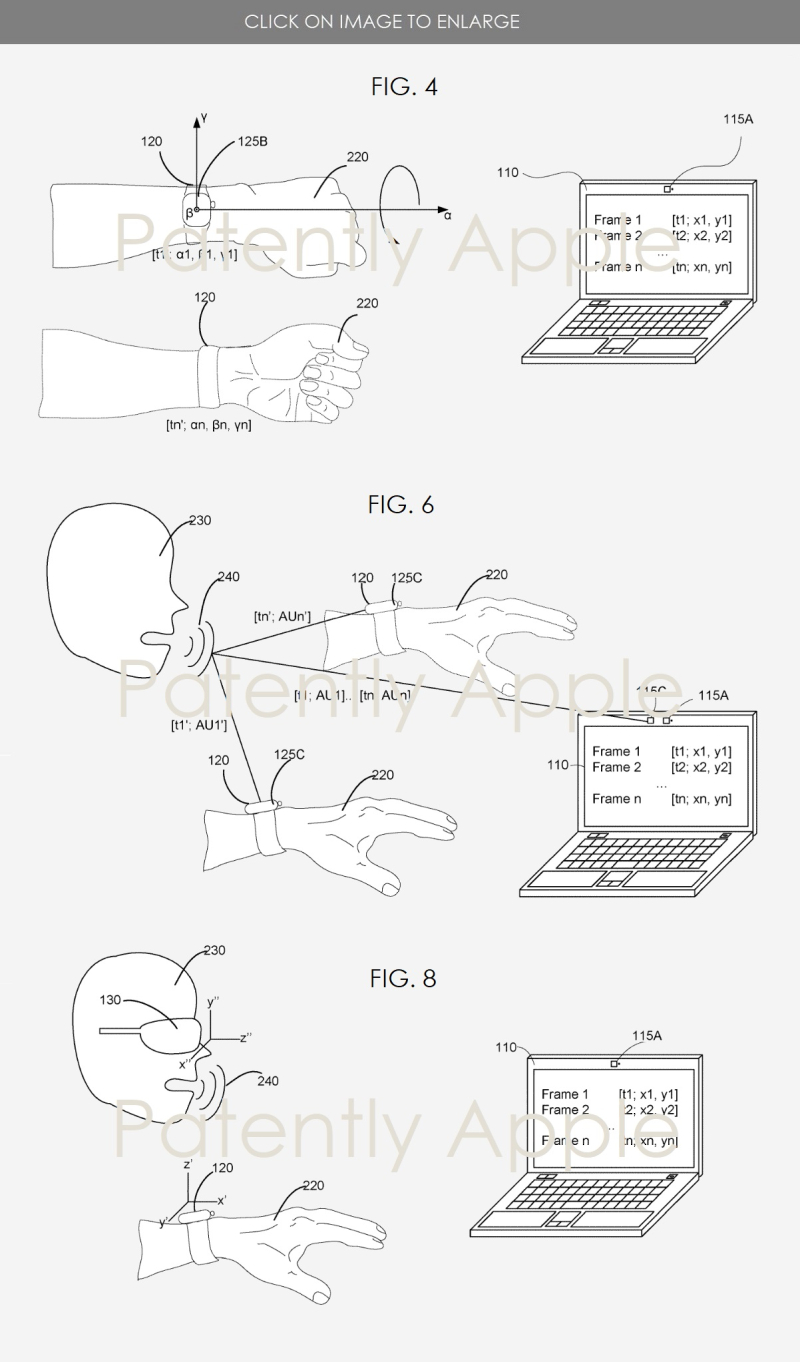 Google's patent was filed for in Q2 2019 and published last month by the U.S. Patent Office.