Home Archives Contact Us Subscribe Twitter Facebook Patently Mobile
Bruce Springsteen, Known as the 'The Boss' to many, has his new Documentary coming to Apple TV+ on October 23
Apple Wins Patent for Sensor Input Finger Devices to be used with a Future Apple Mixed Reality Headset 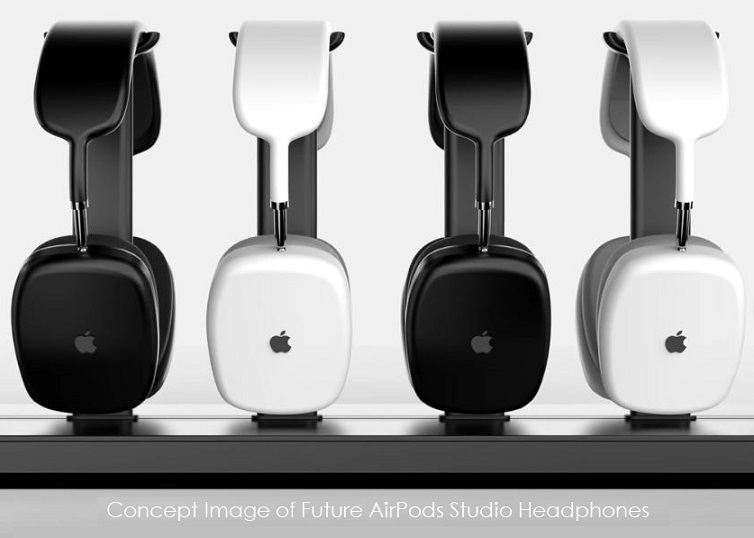 In a report posted earlier this morning I had noted that I was hoping that the rumored AirPods Studio "concept design" originating with Jon Prosser was wrong; hoping that Apple's new headphones would be "over-ear" instead of "on-ear." This afternoon we're learning that perhaps we're one step closer to the iPhone 12 event that will finally introduce their new headphones. Bloomberg is reporting that Apple Inc. has stopped selling headphones and wireless speakers from rivals including Sonos Inc., Bose Corp. and Logitech International SA as the company gears up to launch its own new audio products.

Bose confirmed Apple no longer sells its accessories. Ultimate Ears said it was told by Apple that "they will no longer carry third-party speakers at retail from September onwards."

Apple has long sold third-party hardware on its website, one of the largest e-commerce operations in the world. All headphones and speakers from Bose, speakers from Logitech’s Ultimate Ears brand and Sonos’s latest smart speaker disappeared from Apple’s online store at the end of last month, according to checks by Bloomberg.

Employees at Apple’s physical retail locations were also instructed to remove the products for sale at stores in recent days. Shares of Sonos fell as much as 7% in extended trading following the news. For more read the full Bloomberg report.

Will Apple introduce on-ear or over-ear headphones? We're now only days away from knowing the answer to that question. If you have an opinion on which style you're hoping for, then send it in to our report on twitter.